Too often, we read the words of the prophets as disembodied texts, divorced from any real-life context. However, the call to “speak truth to power” sounds simple until the person in power is your boss or benefactor or bishop. Now the time for real testing comes. There is always an easy way forward. Tell those in charge what they want to hear. Make them happy. Secure your own future. But there is often a hard way as well. It may cost you some friends. It may reduce your benefits. It may require your life. This week we meet a lone “true” prophet in the midst of a crowd of “false” ones. When the king comes calling, what will he say?

An audience with the king

Most of us have had daydreams about being in “the room where it happens.” Wouldn’t it be grand to be called before Congress, or asked to speak at the General Assembly? We can imagine a hush in the room as we walk forward and the moderator calls the room to attention. But anyone who has been in such a position when great consequences are at stake knows there is a deep fear that accompanies such occasions.

In our story, not one but two kings have assembled: the king of Israel (traditionally identified as Ahab) and King Jehoshaphat (of Judah). They are “sitting on their thrones, arrayed in their robes, at the threshing floor at the entrance of the gate of Samaria” (22:10). This is a public hearing called to decide one of the most crucial matters for heads of state: whether to go to war or not (here against the king of Aram at Ramoth-gilead). Four hundred prophets have recommended that these kings march forth, “for the Lord will give it into the hand of the king” (22:6). But Jehoshaphat demurs, and asks if there is any other voice to be heard. Only one, the king of Israel offers, “Micaiah son of Imlah; but I hate him, for he never prophesies anything favorable about me, but only disaster” (22:8). One of the “false” prophets tries to intervene with a mock goring of the Arameans (22:11), but an invitation goes out to Micaiah, urging him to join the swelling chorus of “Go up!” (22:13). Now, we must ask ourselves how we would respond to such an invitation. If the vast majority of our congregation, our community and our country were going one way, would we speak out and advocate for another?

An easy word, and a hard one

At first, it looks like Micaiah will go along with the crowd. Indeed, his speech is almost identical to theirs, with a little embellishment: “Go up and triumph; the Lord will give it into the hand of the king.” But the king of Israel is suspicious. This doesn’t sound like the Micaiah he knows. “How many times must I make you swear to tell me nothing but the truth in the name of the Lord?” I’m thinking that the “true” answer is “zero, nada, never!” — but Micaiah now chooses a harder path. “I saw all Israel scattered on the mountains,” he prophesies, “like sheep that have no shepherd.” The die is cast. The king of Israel tells Jehoshaphat, “I told you so,” and before long, Micaiah is in prison and the king of Israel dead. These are costly words indeed. Do we really want an audience with the king? Instead, we might all now pray, “Save us, Lord, from the time of testing!”

Yet here, in the midst of this drama as visceral as middle school, Micaiah shifts our focus. There is another King sitting in court: “I saw the Lord sitting on his throne, with all the host of heaven standing beside him to the right and to the left of him.” This vision makes the court of the two kings look paltry indeed! The Lord now expresses God’s will that someone “entice” Ahab to “go up” so that God’s judgment against him might be fulfilled. A “spirit” or “breath” appears before God, and declares, “I will entice him.” How? Through this spirit becoming a “lying spirit” in the mouths of the false prophets. Yes, there is a higher court in this world. Its ways may not be our ways. But this remains the court of ultimate authority. And this is the “kin-dom” for which we must always be courageous enough to speak!

For discussion: Think about a time you were asked to speak on a difficult topic. Of what were you afraid? Embarrassment? Rejection? Violence? How does this setting help you hear these proverbial words afresh: “The fear of the Lord is the beginning of knowledge” (Proverbs 1:7)? 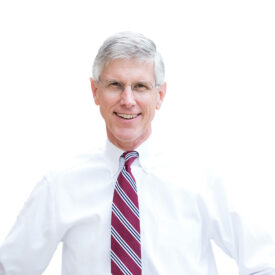