This week we shift from Jesus’ teachings regarding faith to Paul’s magnum opus on faith, the letter to the church at Rome. We will spend four lessons studying selections from this most systematic of Paul’s epistles. We begin in chapter one, where Paul yearns to visit his sisters and brothers at Rome, in order to mutually encourage each another through the sharing of one another’s faith, a faith that is grounded in “the power of God for salvation” and that reveals the righteousness of God “through faith for faith.” Needless to say, there’s a whole lot to unpack and treasure here!

It’s clear at the beginning that Paul’s letter to the Romans is less an attempt to engender faith, and more a full-throated celebration of the faith this congregation already has. Indeed, according to Paul, this community’s faith is known and proclaimed throughout the world. Paul is even forced to backtrack in his opening, saying at first that he hopes to share some spiritual gift with them in order to strengthen them, then pivoting toward the theme of “mutual encouragement” beneficial to both him and them. It’s almost as if the faithful witness of this community, so far from Paul’s usual travels, has inspired him to reconsider and enlarge the dimensions of the gospel he has already received. We might begin our study of faith in Romans with the observation that the roles of teacher and student often move back and forth. Sometimes the students are learning from the teacher; other times, the teacher learns from the students. Or better, sometimes stellar students inspire teachers to up their game. If we today are grateful for Paul’s letter to the Roman church, we must begin by being grateful to the faithfulness of this early congregation, for whom the apostle Paul so yearned.

The power of God

Even as the apostle Paul celebrates the movement of the gospel from Jew to Greek, from the eastern shores of the Mediterranean to the western capital of the empire, Paul also declares his confidence in the power of God for salvation “to everyone who has faith.” While the power of Rome might be obvious to those who live there, the power of God for salvation is both more mysterious and more lasting. In some fundamental way, the entire book of Romans is a testimony to the power and righteousness of God, a power whose purpose is salvation (rescue from any other power or principality that might claim one’s ultimate allegiance) and revelation of “the righteousness of God” (whose character and purpose is to “set things right” between God and all people, and among all the peoples of this earth). As A Brief Statement of Faith puts it: “In sovereign love God created the world good and makes everyone equally in God’s image, male and female, of every race and people, to live as one community.” This is a big gospel empowered by an extravagantly loving God!

Through faith for faith

The real mystery here, and for the rest of our study, is the relationship between this powerful good news and faith. To whose faith are we referring, ours or God’s? And what is the relationship between the two? Does faith make the gospel “good news” for those who believe, or does the gospel reveal the faithfulness of God that makes possible our faith? These are deep and profound questions with which Paul will be wrestling throughout this letter, and with which we continue to wrestle to this very day.

Paul turns to Habakkuk 2:4 to begin his argument: “But the righteous live by their faith.” Even in the English translation, Paul begins to reinterpret this verse (note the dropping of the word “their”). Reams and reams have been written on this single verse, struggling with its proper interpretation. Again, at the heart of this debate is whose “faith” is operative: our faith or faithfulness, or God’s? Is our hope in our own faith, or is our hope in the faithfulness of God? Paul makes a run at this with his curious phrase: “through faith by faith.” What does this mean? Paul believes there is a constant interplay between God’s faithfulness to creation as Creator, and we creatures’ trust in the same. A faithful God makes possible a faithful people through one faithful person: Jesus Christ.

For discussion: How do you understand faith? Is it a gift, or a response, or both? 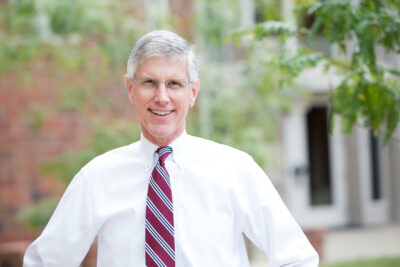