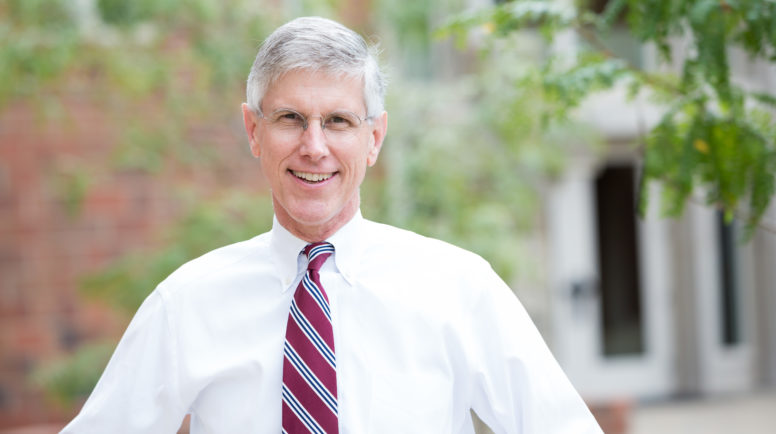 Last week, we discussed how Paul’s discussion of circumcision may appear offensive to readers. Yet, surely his language regarding slavery is the most offensive of all. Slavery was not only a hard reality in the world of the Galatians, it is built into the warp and woof of our nation to this day. So why would Paul begin to pivot toward talk of a new kind of slavery at the end of his letter on liberation? “But through love become slaves to one another” (v. 13). Couldn’t he find a better metaphor for the Christian life? Isn’t there a more hopeful image of Christian freedom? Maybe even Paul thought so, for he finally moves toward a different way of describing freedom in Christ: living “by the Spirit” versus gratifying “the desires of the flesh” (v. 16). There are pitfalls as well as possibilities in this language — for all those who would be truly free.

Serving the desires of the flesh

It’s funny the things in Scripture that folks think need no translation. Surely “the desires of the flesh” are one of these. And, yes, the first few “works” that Paul cites as illustration seem to confirm this suspicion: “fornication, impurity, licentiousness” (v. 19). But how do “works” such as “idolatry” or “sorcery” fit in (v. 20)? And why add things like “enmities, strife, jealousy, anger, quarrels, dissensions” (v. 20)? Lastly, Lord have mercy, if “factions” (v. 20) are “works” of the flesh, then red light districts are not the only causes for concern, then and now. What about congressional districts, and sessions and presbyteries and the General Assembly?

In Paul, there are two powers that battle for our allegiance. There are the desires of the flesh and the desires of the Spirit. The former are anything and everything that stand in opposition to God’s way in the world. Yes, they include misuse of our individual bodies in ways that demean others and ourselves. But they also include misuses and abuses to our corporate bodies, both in and outside the church. Surely God is offended by rape and incest and all sexual practices built on coercion or force. But just as surely God is offended by gerrymandering and vote-buying and all political practices grounded in oppressive uses of power. These are driven by desires of the flesh and reveal communities and societies still suffering under bondage to sin. Pursuing such desires is not the path to freedom but the way toward a slavery of a different kind. This is a slavery that is as destructive of corporate bodies as the slavery of Egypt was to the individual bodies of those striving to make bricks out of straw.

Serving the desires of the spirit

In contrast, listen to the “works/fruit” of the Spirit: “love, joy, peace, patience, kindness, generosity, faithfulness, gentleness, and self-control” (vv. 22-23). Paul is clear. “There is no law against such things” (v. 23). Why? Because they line up with the plan and purposes of God’s law, summed up in love of neighbor.

Once again, we see that Christian freedom is not simply the freedom to do as one chooses. Rather, true freedom comes from desiring the things that the Spirit desires, the very opposite of the kind of competition so celebrated in our own culture. How does a person and a community re-direct their desires in such a way? It requires death and resurrection, through union with Abraham’s offspring, Jesus Christ
(Galatians 3:16). No, Christian freedom is not simply getting what we want. It grows out of our desiring what God wants, not only for the church, but for the world.

Living and being guided by the Spirit

If the Spirit, rather than the law, gives us life, then we should be guided by the Spirit, along with the law, as we seek life for others. Maybe it’s all as simple as asking ourselves, “What’s more powerful in this world: the power of sin or the promises of God?” The Study Catechism answers this question: “I should not adjust the law to my failures, nor reduce my failures before God. Yet there is more grace in God than sin in me. While I should not cease to pray to God for mercy, I can be confident that God is forgiving and that I will be set free from all my sins. By grace I can confess my sins, repent of them, and grow in love and knowledge day by day” (Question 119). Now, maybe, we’re beginning to understand the phrase, “For freedom Christ has set us free” (v. 1). Hallelujah! Amen.

Many Christians talk as if the life of faith requires the elimination of desire. Would you agree or disagree?