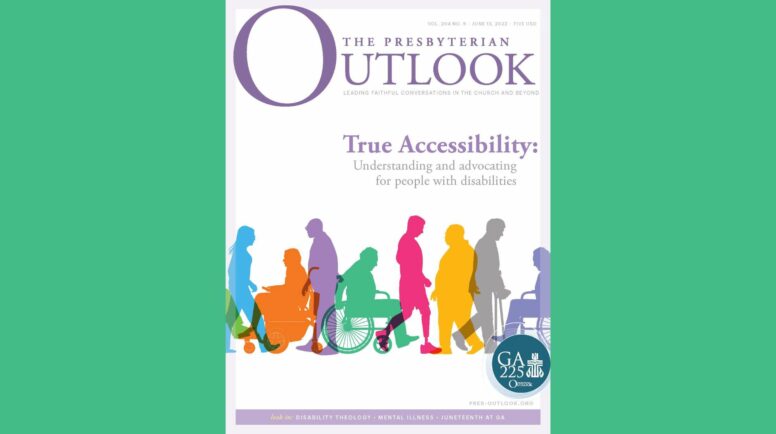 This fall we begin a series entitled “God’s Exceptional Choice.” The theme of “Chosen, Not Choice” will undergird the lessons for this series as well as the two following. On the surface, we’ll be thinking about the change in voice from an active verb (“to choose”) to a passive one (“to be chosen”). But in a much more transformational way, we’ll be examining the difference in grit and gratitude between those who see themselves as self-selected versus elected. This should be a series to warm the cockles of every Presbyterian heart. We begin our journey with the call of Abraham’s family from Ur of the Chaldees. Was Abraham a pioneer or a pilgrim?

We Americans love stories of pioneers — people who set out for unknown lands over unknown territories. There are, however, several problems with such stories, especially for people of faith. First, pioneers are “unknown” to whom? More and more, we are coming to realize that there never were, and never will be, unknown lands on this planet earth. Not only have all lands been inhabited by someone, but all lands and all peoples have always been known by God. Even the concept of an explorer is suspect from our perspective today. These are mostly the tales of conquistadors who were invading someone else’s home.

Second, speaking theologically, a pioneer is usually someone who sets out on her own — for purposes of curiosity, or fortune and fame. While such people may not have a plan, they have a purpose, which usually centers on themselves and the people
around them.

A pilgrim, however, is quite different from a pioneer. The pilgrim sets out for some other place not to gain fame or fortune but to find something or someone greater than themselves. This journey may cost them more than they gain. This expedition may require them to give up more than they acquire. Most importantly, the motivation for their movement comes not from inside but outside themselves. While Jesus is properly called a pioneer of the faith (in Hebrews 12:2), all the other travelers in Scripture (from Abram and Sarai through Peter, Paul and Priscilla) are more pilgrims than pioneers. They have been called, chosen and commissioned — by God.

One of the things that marks these people as pilgrims is their persistent lack of qualifications for their task. If we were making these choices, they would most likely be unexceptional choices. That is, we would choose people eminently qualified for their task. If we’re choosing a surgeon, we look for someone with steady hands and a well-trained mind. If we’re looking for an accountant, we want someone good with figures and a reputation for honesty. If we’re looking for a preacher, we most often seek out someone good with words and able to inspire people to keep moving. But what about God?

The only thing we know about Abram and Sarai, before God chooses them, is this: “Now Sarai was barren; she had no child” (Genesis 11:30). And God has chosen this infertile couple to be the parents of multitudes. What is God thinking?

This may well be the central question for this and subsequent lessons. God apparently loves to choose the most unqualified people to be pilgrims in God’s service. Prophets who cannot speak (Moses). Kings too small to fight (David). Women from the wrong race (Ruth) or tribe (Esther) or background (Mary). God will even choose people who are headed in the absolute opposite direction from the pilgrimage to which God calls them (Saul/Paul). Yes, as Paul writes, God has a way of choosing those whom the world categorizes as foolish and weak. Why? “So that no one might boast in the presence of God” (1 Corinthians 1:29). Again, this is more about being chosen than choosing.

These lessons then will remind us that the stories in the Bible are more about the promises of God than the promise or prospects of those whom God calls. God calls Abram and Sarai from a land that they know (Ur) toward an undetermined destination. And they go! Without questions, and only on the basis of a promise. And, yet, what a promise it is! Through them, God declares, all the nations of the earth will be blessed (12:3), and their descendants will be as numerous as the stars in the heavens (15:5). And Abram and Sarai trusted the Lord, and this was credited to them, not as recklessness or rapaciousness (the qualities of pioneers), but as righteousness or faithfulness (the qualities of pilgrims).

How do you compare pioneers to pilgrims, choosers to the chosen?