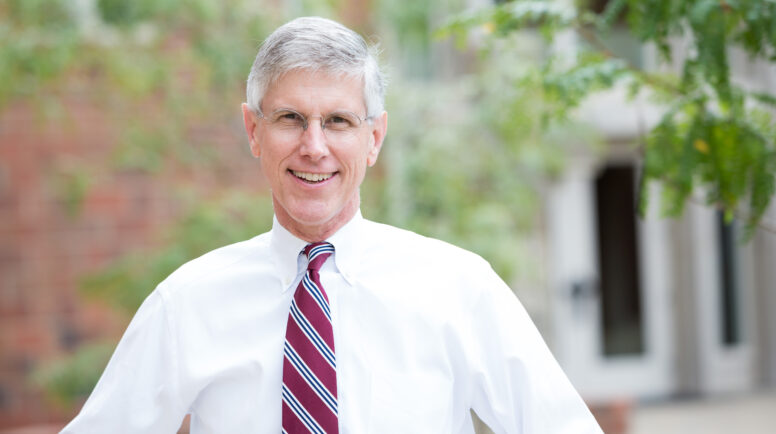 For eight years, I was privileged to serve as mayor of my little town. Much of my energy was spent helping us draw up what’s called a comprehensive plan. We were dreaming about what kind of city we wanted to be. I’ve often thought that the vocation of town planning is a particularly Reformed way of serving. Calvin dreamed of reforming the city of Geneva so that it would shine forth the glory of God. I often worried over sidewalks and streets — not necessarily ones paved with gold, but ones that connected us as a community and helped us get to know one another as neighbors. What does John’s vision of a new city teach us about God’s creative work in our midst, and how are we called to participate?

During my tenure as mayor, I led a session on the new urbanism — using the camp arrangement in the book of Numbers (chapter 2) as my guideline. The rules are quite simple. You need a camp gathered around a center. You need a variety of tents (or houses) encircling that center so that a variety of people can live there. And there needs to be connectivity — between the neighborhoods and the center and among the neighborhoods themselves. Simple in theory. Difficult in practice. Yet formative for the kind of community and neighborliness such planning might provide.

I’m interested in reading John’s revelation of God’s new city through a similar lens. What are the guidelines and the requirements of this new city, and what kind of community might it form? In John’s account, much of this has to do with measurements and materials. Many of the measurements found in this passage are multiples of 12, symbolizing wholeness and completion. God formed Israel into 12 tribes, and Jesus chose 12 persons as disciples — not so much because this particular number functions the best in building a community or a city. No, 12 denotes wholeness, completion, nobody left out. So this new holy city is built mostly on measurements of 12 — so that this can be a city that is open to all.

Regarding materials, everything about this city is precious and costly. While I never recommended streets of gold and sidewalks of gems for my little town, when God sends down the consummate city, money is no object. Like the costly ornamentation of the priestly robes and the tabernacle or Temple elsewhere in Scripture – and like Mary’s costly worship of Jesus in John’s Gospel (12:3) – this new holy city, whose primary purpose is worship, should spare no expense. The imperial city of Rome cannot compare with this perfect cube of a city paved with gold and shimmering with precious jewels. Why? Because John is envisioning a city that shines not with the glory of Caesar, but with the glory and love of God. Everything must be precious and costly, shining with gold that is “pure” and “clear as glass.” As God’s love is pure and clear and costly, so are the materials of the divine city.

The fact that the city has 12 gates also indicates that access is available from every direction. No matter where travelers or tribes are traveling from, a gate faces their approach. As Luke says, “then people will come from east and west, from north and south, and will eat in the kingdom of God” (Luke 13:29). Some cities are best approached from one direction or another, but not this city. It’s big enough and accessible enough for all.

But why, we might ask, does this city need walls? Surely, God’s dream is not of a gated community or a walled city! Isn’t the good news of God’s re-creative work in Revelation meant to be God’s ultimate victory over any and every power which would kill or destroy? Yet even last week, we read of some behaviors and attitudes that are not allowed in this city (Revelation 21:8). And we must remember that these particular tribes represent a people who have suffered the ravages of one empire after another. So it is only natural that they would dream of a city that represented the security for which they had always longed. As Brian K. Blount says in his 2009 book Revelation: A Commentary, “to draw up the greatest city of all without walls for a marginalized people who yearned for a secure future” would have provided little comfort. This city is glorious — with access and protection for all.

Maybe we must end by stating the obvious. God’s home is a city. Yes, this is urban planning and urban dreaming. How is God inviting us to be partners in this project today?

How, based on our passage, might you describe God’s Comprehensive Plan?