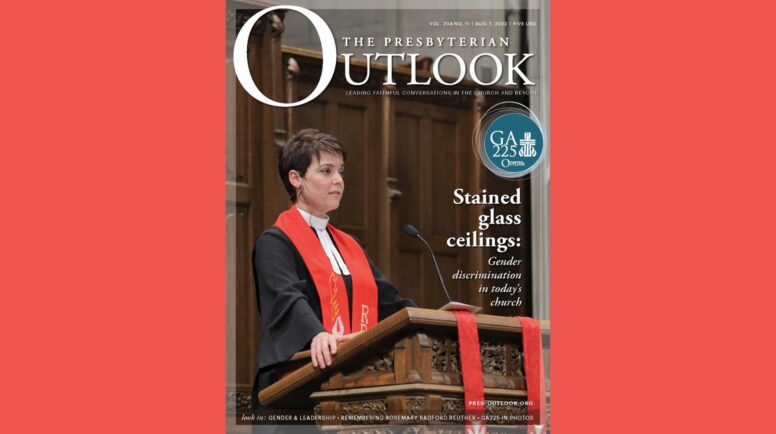 This week’s lesson flies under the banner of the election of Moses. However, in this story, Moses is a helpless infant and the only males who appear are an unnamed Levite, Moses’ father and the Pharaoh, named here only in relation to his daughter. Yes, this is a women’s story. While our Scripture selection skipped over the story of two of the most remarkable women in Moses’ early life, the midwives Shiphrah and Puah, this precarious chapter introduces us to three equally compelling characters: the mother of Moses, the daughter of Pharaoh, and Moses’ sister Miriam, who is unnamed here. Just as the story of Jesus’ resurrection might have stalled without women as witnesses, the election of Moses hinges on three women who prove to be rule-breakers in each of their callings.

Moses’ mother occupies a place in this story that has tragically been repeated all throughout human history. What does a mother do when she finds herself and her newborn child trapped in systems and structures from which there is no way out? We’ve encountered such mothers in stories of fiction such as Sophie’s Choice by William Styron and Beloved by Toni Morrison. We encounter such mothers every day in the broken places in our world as famines take their toll, wars threaten civilians and poverty crushes people’s hopes. Sometimes a mother decides to give a child up: not because of convenience or lack of compassion but due to the costliest love imaginable.

Moses’ mother, amid a genocide, decides to let go of her three-month-old baby (v. 2). She fashions a papyrus basket covered in bitumen and pitch, allowing her beloved child to float down the Nile, Egypt’s perennial source of both death and life. This is a scene that should cause our minds to race due to her ingenuity, break our hearts due to the sacrifice, and call us toward action. No parent should ever be forced to choose between to keeping a child or releasing that child to the currents and rapids of this world. Moses’ mother breaks the rules of parenting, not out of a lack of love but because of by a sacrificial kind of love that places the potential life of the beloved above the desires of the self. This is holy love; terrifying love; saacrificial love; a love that should not be asked or required of any of God’s children. This is an exceptional choice indeed.

The second rule breaker in this story comes from the heart of the throne room of Egypt. Her father has issued a decree that demands the extermination of every male child born in the kingdom. The pharaoh’s daughter comes down to the river to bathe and is confronted with a crying child in a basket. She is now faced with a choice — or is she? Almost before her mind can ask if she should obey her father or protect this child, her heart is moved with pity and compassion. Watch out when this happens in Scripture! Like the Samaritan on the road to Jericho and Jesus on the road to Jerusalem, when someone in Scripture is moved with compassion, all kinds of rules may be up for breaking. Why? Because the greatest rule of all is to love God and neighbor, since this is the way God’s heart is wired. Leave it to the Bible to have the daughter of the Egyptian Pharaoh manifesting the love of God in the most remarkable way imaginable: by risking her life for a little baby whose protection is against the law. Again, this is surely an exceptional choice which moves the story forward.

Maybe my favorite female character in this story of election and survival is played by Moses’ sister Miriam. She risks her life to serve as mediator and dealmaker. Like her ancestor Jacob, there is a shrewdness and tenacity to Miriam that the storyteller seems to relish. Not only does she succeed in allowing her mother to nurse her brother, but she also gains wages for the family by so doing. Maybe Miriam could have out dealt both Jacob and Laban. She temporarily reunites her family, gains her brother a place in the palace and makes herself an integral part of the story both now and in the future. When Miriam later leads the women in song by the Red Sea, she caps off a career of reading the eddies and currents of her setting in life and discerning God’s mysterious and providential hand at work.

When it comes to these three women, which story speaks to you the most?