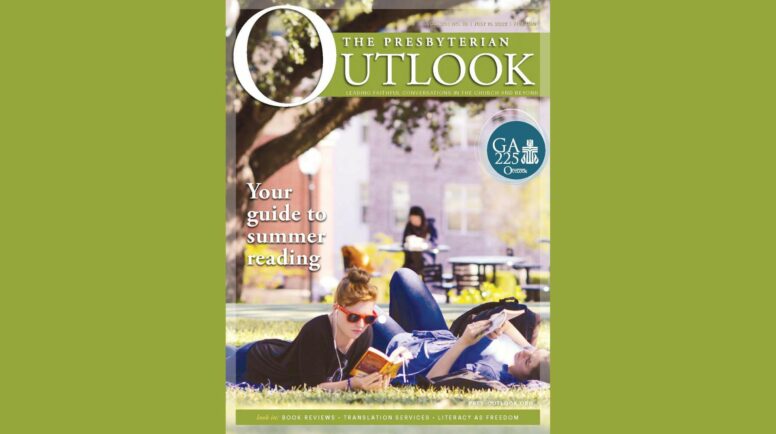 I must confess I read this passage about Esau and Jacob as a parent of undiagnosed twins. Despite all our visits to the doctors during my wife’s pregnancy, we welcomed a second child into our lives only after the first had arrived and used up all our film (yes, this dates me in more ways than one). “I’m afraid we’ve left someone behind,” the doctor declared after the delivery seemed to be over. Thank goodness we worship a God who leaves no one behind! Not only is my second daughter alive and well, but God has a way of keeping everyone in the story, sometimes despite themselves. And so, we enter this second story regarding God’s exceptional choice – on 9/11 of all dates! Maybe Jacob has something to teach us about hanging in there, yesterday and today.

There’s something about the number two that makes choices difficult. From Cain and Abel to the parable of the prodigal Father, the lead-in, “there was a man who had two sons” (Luke 15:11), is a recipe for trouble. Who’s the first born and who’s born second? Who’s the winner and who’s the loser? Who gets the parent’s primary love and who gets the seconds? Binary choices are dangerous and problematic — whether in the womb or in the world.

And so, when we read that Isaac prayed to the Lord for his wife (v. 21) and the Lord granted them a double-dose of progeny, this is one case where a doubling of blessing can derail the whole story. From the beginning, these siblings are “struggling” within their mother Rebekah. She, like Job, rues the day she was born: “If it is to be this way, why do I live (v. 22)?” Surely this is a question Rebekah and Isaac asked themselves more than once as these two boys grew and their struggles intensified. Two divided by two can sometimes be less than one.

We must say, in addition, that this challenging situation is not helped by the parents. For Isaac loved Esau, and Rebekah loved Jacob (v. 28). While Rebekah’s predilection is not explained, Isaac’s is, and in the crassest terms imaginable: “because he was fond of game” (v. 28). Lord, have mercy. Though some might argue that we hear hints of God’s preferences for meat twenty-some chapters earlier (Genesis 4:4), the way that father and son are driven by their stomachs in this story does not say much positive for humanity. How and why would God get caught up in such a story of greedy parents and grasping children — and yet, what other kind of families does God have?

The problem only multiplies when we read this story as a tale of two nations. Esau represents Edom (based on a word play between this name and the Hebrew word for “red”). Jacob represents the nation of Israel, with whom the Edomites have been perpetually at war. Two brothers in the womb can threaten the health of the mother. Two nations at war can threaten the health of the planet. Choice and choosing can quickly get deadly, whether we’re talking about two children in a family, or two nations sharing a border. When you add color and tribes and territory to the narrative, there is likely to be blood on the ground.

And so, we must hear this story of God’s choosing as fraught with difficulties. Why? Because the narrator makes clear that God’s wisdom, if not choosing, is part of the plot: “Two nations are in your womb, and two peoples born of you shall be divided” (v. 23). Reading this story on the anniversary of 9/11 should ramp up our concern. Whenever nations declare a fundamental division in this world that devolves into “us” versus “them,” watch out! More than red porridge is about to be spilled.

The mystery of election

And so, once more, we’re up against the mystery of God’s choosing. As we saw last week, God has a way of choosing those least qualified as a blessing. God’s choosing of the second-born might simply be another example of the same. God chooses what is weak, according to the world’s standards, versus what is strong.

However, Jacob is both weak and crafty; Esau strong and gullible. Are there character traits at play in this story, some of which line up with God’s purposes better than others? Let’s be on our guard here. Why? Because unraveling God’s choosing most often ends up with self-justification. God chooses one nation to be a blessing to others simply because that’s God’s way in the world. But does God celebrate the son who subverts expectations on the way to blessing — like Jacob, like Joseph, like Jesus? Stay tuned. We’re in for a ride.

Why does God keep messing with messy families?