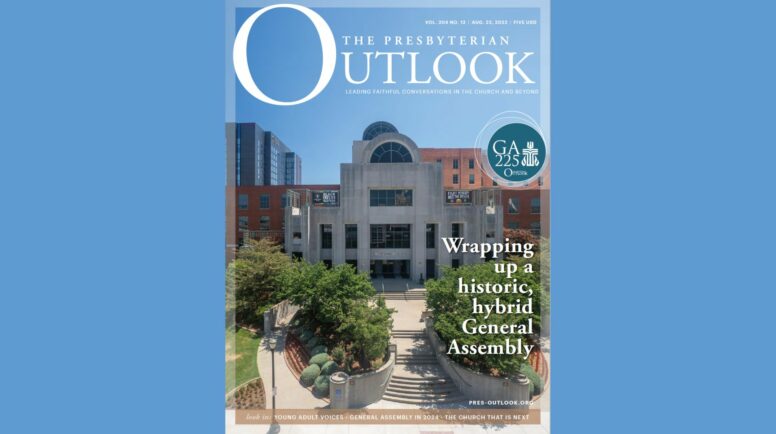 We now come to a familiar, and a favorite, story in our series “Out of Slavery to Nationhood.” It’s the story of David’s anointing, or the tale of the passed-over king. We enjoy the set up where the elder brothers line up one by one. We love the emphasis on inner versus outer beauty. We, as readers of Scripture, love stories that allow us to root for the underdog, especially when these underdogs seem to suffer under parental neglect — “There remains yet the youngest, but he is keeping the sheep,” (v. 11). But election sometimes requires rejection. And rejection can often lead to violence. This is a messy story of a messy family that points toward a messy messiah (or anointed one) whose heart isn’t all that clean!

The rejection of Saul

As the beginning of our passage makes clear, it’s not easy to depose one king in favor of another. Human beings don’t let go of power willingly, even if they, like Saul, were reluctant to acquire such power in the first place — remember last week’s lesson. Samuel knows he’s taking on a risky mission as he heads out for Bethlehem. God even provides him cover under the ruse of a worship service. And the elders of the city come out to meet him not with backslaps and keys to the city but with trembling and fear and queries regarding peace versus war. Transitions of power are critical moments in the lives of families and congregations and nations. Threats of blood and violence, of revolution and repression, hang heavy in the air.

The transition from Saul as the first king of Israel to David as the second and preferred does not go smoothly. Saul makes numerous attempts on David’s life. Jonathan, Saul’s son and David’s beloved friend, gets caught in the crossfire. And Saul eventually devolves into meanness and madness. No, it’s not easy to let go of power, with or without God’s guidance along the way.

But one thing should be clear. God rejects Saul “from being king over Israel” (v. 1), but God does not reject Saul as a member of the covenantal family. This is a rejection of a person from a particular function, not the rejection of a person from the story. Just as Esau was given a role in the story even after he was passed over for Jacob, so Saul could have graciously accepted some ongoing part in God’s history of election, if only he could have willingly let go. Saul had been chosen by God for a function, then lost that role due to mysterious errors on his part. But the real tragedy of this story is how Saul tried to hold on to his position after his time had passed. It’s a tragic story that can continue to teach us today.

The election of David

The story of David’s election embodies many of the stories of election we have encountered already on our journey. God loves to seek out the littlest and the least of any given family and/or nations. Therefore God selects the least of Jesse’s sons, who even the father tends to forget. God knows that maybe the best preparation for leadership is not the acquisition of power or money or skills in combat, but rather the tending of sheep. God seeks out leaders who can shepherd sheep and other often recalcitrant creatures — like us. No followers of a later Messiah can overlook the similarities between God’s choosing of David and God’s choosing of Jesus — a carpenter’s son from Nazareth who becomes the greatest shepherd of them all.

God looks on the heart

Maybe the most mysterious part of this story is the one we love the most. God, the narrator declares, “does not see as mortals see” (v. 7). We focus on outward appearance. God focuses on the heart.

But there are at least a couple of problems here. First, the narrator later slips in a verse regarding physical appearance — see verse 12. How did that get there? (Could David’s mother have slipped this in?) Second, anyone who knows the rest of the story knows that David was as challenged inside as out. David’s heart would one day betray not only Bathsheba and Uriah but also, as the story makes clear, David’s God. Maybe David’s heart qualified not through cleanliness, but contriteness — the God-given propensity to break. (See Psalm 51.)

Some argue that God’s choice for church leadership today is migrating from the northern hemisphere to the South. If so, how graciously are we “letting go”?