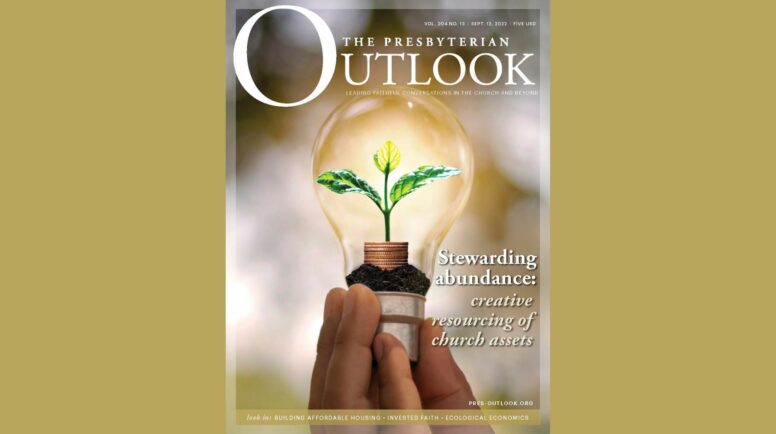 Now that Paul has blessed God for all the things that God has done for us, Paul begins to pray that we might grow into the artwork such Godly initiatives produces. From the beginning, Paul does not describe us as normal; no, Paul calls us saints! Really? Us? Has Paul been to church lately? Paul claims to have heard about our faith in the Lord Jesus and our love toward all the other saints (v. 15). Then, Paul launches into a series of petitionary prayers on our account, so that we saints in Ephesus might somehow become the “body” of Christ, and “the fullness of him who fills all in all” (v. 23). Now, come on! Either the Christians back then were in another league from us entirely or Paul has his eyes closed. How can we claim such praise, power and wisdom for ourselves?

First, let us remember that sainthood in the Scriptures is not so much about what we have done, but instead what God has done and continually does for us, primarily by claiming us as God’s own. As God is holy – distinct, other, set apart – so we are holy: not so much because of our performance but because of our proximity. Because we’ve been chosen, claimed and adopted by God as made visible in our baptism, we are now called saints — warts and all.

Maybe Eugene Peterson says it best in his pastoral commentary on Ephesians Practice Resurrection. After reviewing the biblical use of the word saints, and rejecting the possibility that the Ephesians deserved the term based on either their spiritual heroics or their moral athleticism, Peterson launches into a poem/song of his own:

“Paul understands [the Ephesians] primarily and comprehensively in the way God treats them, not the way they treat God. It is God’s calling for us to be set apart from the ways of the world in order to be positioned to follow the assignments he gives us. The most important thing about any one of us is not what we do but what God does, not what we do for God but what God does for us. It is because we know what God does in and for us that we are no longer lost in the cosmos.”

Second, we must hear all the second person pronouns in Ephesians as second person plural. In Southern English, this is “y’all,” not “you.” Sainthood in Ephesians is always a collective designation and a group designation. As God has claimed us as God’s exceptional choice, so we must claim one another, not just reluctantly, but with enthusiastic love (v. 15). This is made clear in the middle of our passage, where Paul shifts from second person to first person pronouns, saying, “and what is the immeasurable greatness of his power for us” (v. 19). But this collective designation and expectation is true all the way through. Just as Christ’s body requires many members, so Christ’s body, the church, is never a solitary affair. Like it or not, love it or leave it, the church is never a private affair, but a community of saints in whom God is ever and always at work.

Third, having reclaimed our proper identity and having recognized it is an identity we necessarily share with others, let us celebrate the fact that even those whom God has called saints have room to grow. According Peterson’s translation, we might group these prayed-for gifts into five categories: “wisdom and revelation, an enlightened heart, hope, the riches of his glorious inheritance, and the immeasurable greatness of his power.” These are gifts to be lived out in private and in public, for the sake of the church and for the sake of the world. Not because we are the only hands and feet of Christ – I believe God could always seek out others – but because this is the body that Christ has chosen. The power that we have seen in the resurrection and ascension of Christ will be seen in the church, not because of us but because of God. That’s why this is a passage about faith which leads toward community.

Peterson also quotes another writer who says that God has chosen to work “in the bowels of the church.” Is that better or worse than hands and feet?