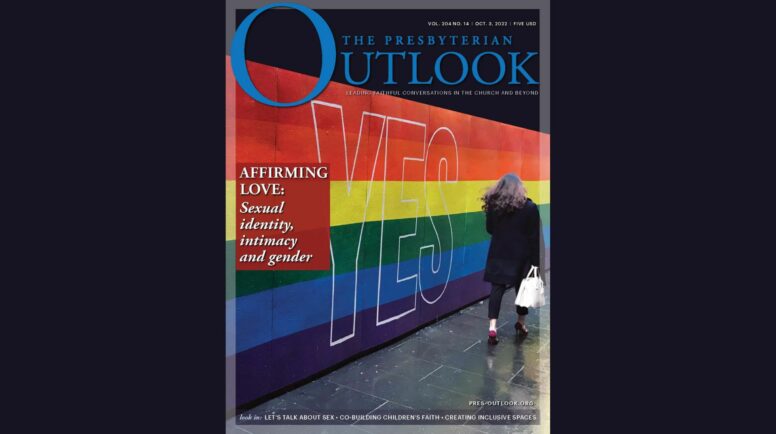 For the past two lessons we have experienced the remarkable ways God made a way out of no way to get John the Baptist born, circumcised and named. It took an intervention by his mother, Elizabeth; a transformation from tongue-tied to canticle-composing on the part of his father, Zechariah; and the growing conviction on the part of all those watching that “the hand of the Lord was with” John (Luke 1:66), even while he was still a toddler. Now John begins to speak for himself. And what a trumpet blast it is! If his mother was succinct (see Luke 1:60) and his father mute (at least for the nine months of John’s gestation), little John, now grown in this passage, is anything but. Hold on to your seats, and keep your ear plugs handy. A prophet is now preparing a way.

Without going into all the details, a quick perusal of Isaiah 40 and Luke 3 in the New Revised Standard Version (Updated Edition) reveals a shift in punctuation. In Isaiah 40, “A voice cries out:/ ‘In the wilderness prepare the way of the Lord’” (verse 3). The prophet announces a highway project through the wilderness, with the heavenly host serving as the construction crew. God is making a way through the desert from Babylon to Jerusalem, in order for God’s people to go back home.

In Luke 3, quoting Isaiah 40, it’s “the voice of one crying out in the wilderness:/ ‘Prepare the way of the Lord; make his paths straight.’” The prophet is now located in the wilderness, where he preaches a sermon on the necessity of a highway in our hearts. A messiah is on the way, and some preparations are necessary so that the Messiah’s way and the people’s ways will intersect, connect, open up a path toward a new kind of kingdom.

This week, the Fourth Sunday of Advent, we might begin by wondering which is more difficult: to move the Himalayas, or to move a human being? In the prophet Isaiah’s time, God’s people had to be convinced that the God who had made a way through the Sinai wilderness (the first exodus, from Egypt) could now make a way through the wilderness of the Arabian peninsula (the second exodus, this time from Babylon). This effort required at least the metaphorical filling in of valleys and mowing down of mountains, for God’s people to have the courage to take the first steps home.

In John the Baptist’s time, the primary obstacle to homecoming lay in the hills and valleys of human hearts. It’s one thing to blast apart granite. It’s another to dynamite greed and grasping and the flintiness that only the human heart can develop. It’s one thing to lift up valleys and ravines made of sand and rock. It’s another to smooth out the cracks and fissures that human hearts can develop — separating us from one another and from God. It often feels like John the Baptist crashes into our peaceful nativity scenes, where all is calm and all is bright. But Advent tries to teach us that no true peace or light is possible until there’s a way in us, a path in our communities, that is open to the cosmos-shifting work of our God.

Blasting with words and cleansing with fire

It therefore should come as no surprise that John’s words and actions have more in common with a demolition crew than a Presbyterian order of service. Few of our carols lead off with “you brood of vipers” (Luke 3:7). We prefer “God rest ye merry gentlemen (and women).” Not many Christmas Eve services contrast the waters of our baptisms with the fire and Holy Spirit the baby Jesus comes to bring. Yes, John’s crowd was “filled with expectation,” wondering whether this son of Zechariah and Elizabeth might be the mighty savior (Luke 1:69) his father had predicted. But John blasted away any hope that they, and we, might have that the promised Messiah can come our way without some major preparations. This way in the wilderness runs straight through our lives.

Maybe the most unexpected verse in our passage is its concluding one: “So with many other exhortations he [John] proclaimed the good news to the people.” Good news? Like the “good news” of a heart attack! Some fundamental things must change – inside and outside us – if this particular Messiah is to find a home in our hearts and lives. It may take a few blasting caps rather than dripless candles to prepare this child’s room!

Which do you think is harder: for God to move mountains or to move us?