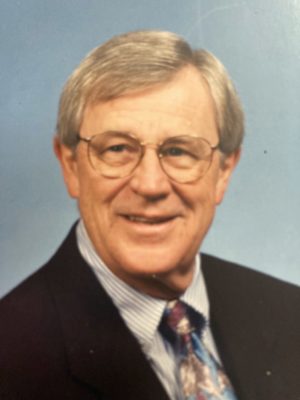 Together, with the whole Church, we, who knew Mac Hart well and reside in Fort Worth, Texas, celebrate his courageous and path-breaking ministry as a pastor and executive presbyter. Our cumulative memories stretch back to 1948 at Davidson College where Mac was president of the honor council, one of the two top student positions given to seniors. Three of us, Bill, Diane, and Mike, are retired from executive presbyter service where Mac significantly influenced our careers.

After seminary, he served churches in the Presbyterian Church in the United States (PCUS). He was called to Trinity Presbyterian in Meridian, Mississippi, but his answers to questions of biblical interpretation were not satisfactory to the literal interpretations required in his examination before Central Mississippi Presbytery, and he was not received. Regardless, he served as Trinity’s pastor from 1962-1965. Mac concluded his service to the local church as associate pastor of Second Presbyterian Church in Little Rock, Arkansas.

From there, he joined Hanover Presbytery as their general presbyter and stated clerk. In 1974, he moved to Texas where he joined John Cunningham to lead the first union presbytery of both the PCUS and the United Presbyterian Church in the U.S.A. This historic union became the pattern that paved the way for other union presbyteries between the two denominations until their formal reunion as the Presbyterian Church (U.S.A.) in 1982. He remained the general presbyter of Grace Presbytery until his retirement. Under his leadership, Grace Presbytery became a full-service, program-driven unit of the PC(USA).

In the eyes of many, Mac was held up as a hero for standing up to the rigid orthodoxy of the Southern church and for challenging its long-standing doctrine of the “spirituality of the church” — which it used as theological cover for its fear to engage the evils of White supremacy. A focused guy not given to small talk, he nevertheless was an open, delightful friend and passionate mentor. His own struggles to move the church beyond entrenched, debunked theology gave him empathy and support for colleagues who were laboring to bring more openness and justice to the church’s mission.

He identified persons who had the gifts of executive service and steadily shaped them toward that calling. Many colleagues in executive service across the church came to him for mentorship which he gladly gave. At meetings of the General Assembly, he was frequently sought out by commissioners for advice. His conduct at meetings was to position himself where he was highly visible. In contentious debate, he would listen intently and, at an opportune moment, address the gathering with crisp direction and sharp observation which none of us can remember ever being challenged.

We thank God for his fearless witness to the Lordship of Jesus Christ, his strong, forward-looking leadership of the church, and his bountiful friendship and loyalty.