Jack Samuelson, builder and developer, left a legacy of college buildings and initiatives for affordable housing 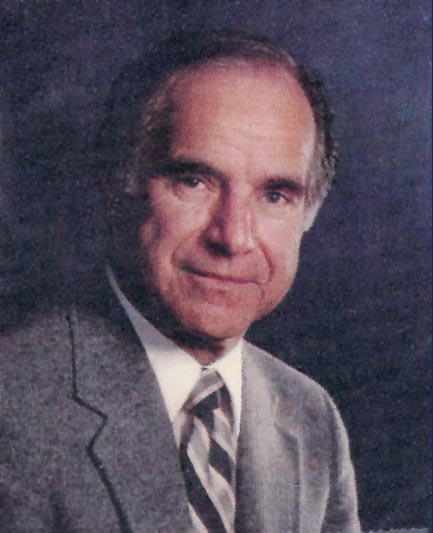 Jack Samuelson, who partnered with his brother Bob Samuelson to create notable buildings on college campuses and medical centers around Southern California and was widely recognized for his charitable building services, died July 17. He was 97.

“His impact was immediate, significant, and long-lasting, and his commitment to affordable housing, in particular, had profound impact,” said John H. Cochrane, III, president and CEO of HumanGood, a California-based non-profit now building affordable senior housing in six states.

Born in Los Angeles Dec. 3, 1924, Samuelson was among the last of a generation of citizen soldiers who fought in World War II. He was still in Hollywood High School during the attack on Pearl Harbor but became a Navy apprentice seaman while studying at Occidental College, before being sent for officer training at Cornell University. Samuelson was just 19 when in spring of 1945 he was assigned as an ensign aboard the heavy cruiser U.S.S. Louisville (CA-28), where he served as a gunnery officer during the invasion of Okinawa when the ship survived its fourth attack by a kamikaze suicide bomber.

Leaving active duty in 1946 as a lieutenant J.G., Jack joined brother Bob in forming Samuelson Brothers, general contractors, and returned to Occidental College, where he met his bride-to-be, Sally Reid. The pair married in 1948.

The firm supported and built scores of buildings and renovations on campus, including Booth Hall, Herrick Memorial Chapel, Rush Gymnasium, Keck Theater, an art gallery and a pavilion and alumni center that each bear Samuelson’s name. Jack served on the college’s board of trustees, received an honorary degree in 1997, and is listed as a trustee emeritus. President Dr. Harry J. Elam, Jr., ordered the college flag lowered to mark his passing.

As President/CEO of Samuelson Brothers, now Samuelson Partners, Samuelson led the company’s transition from construction to real estate development. Meanwhile, Jack and Sally established their family home in La Cañada, where they raised four children and where both became involved in community service.

Along with custom homes in the foothills and buildings for the Jet Propulsion Laboratory, Samuelson Brothers built La Cañada Presbyterian Church, where Jack was extensively involved as a supporter and lay leader. Jack and Bob co-founded Beacon Housing, the first of a number of ventures launched by the pair to widen access to affordable housing, educational opportunities, and long-term financial independence for those in need. In later years, the two families created Samuelson Charitable Foundation to support church-related agencies involved in providing education and spiritual enrichment as well as enhancing livelihood and self-sufficiency. Jack and Sally Samuelson were major supporters of Fuller Seminary and Southern California Presbyterian Homes.

Samuelson was also past chair of Hollywood Medical Center and of YMCA of the Foothills and past president of the La Cañada Unified School District board. He served on boards of Southern California Presbyterian Homes and Keystone Housing Enterprises; and was given service awards by the L.A. County Board of Supervisors, La Cañada Chamber of Commerce, and La Cañada Kiwanis Club. He received design and conservation honors for projects in Marin County and a Gold Nugget Award in 1995 from the Pacific Coast Builders Conference. The California PTA named him a Lifetime Honoree; and in 2001 the California State Senate gave him its Spirit of Outstanding Service Award. He was the recipient of the Order of St. John, a charitable order headed by Queen Elizabeth II.

Jack and Sally celebrated their 70th anniversary in 2018, having visited 74 countries over their years together. (Sally Reid Samuelson passed in 2020, and Bob Samuelson passed in 2008.) Jack’s family, including eight grandchildren and 13 greatgrandchildren who called him “Papa Jack,” recalled his vivacious, creative personality, captured by colorful bowties that were a sartorial signature of his persona; and remarked on his cherished appreciation for Christmas celebrations and the 4th of July at a beach house in Carlsbad.

Jack Samuelson’s passing is mourned by his children and their spouses including Reid and Joyce (Todd) Samuelson; Chuck and Lisa (Samuelson) Paugh; Kevin and Laura (Samuelson) Murphy; and David and Michelle (Allen) Samuelson. Services have yet to be announced. Contributions in memory of Jack may be made to Beacon Housing, 5000 Edenhurst Ave., Los Angeles, CA 90039, or visit BeaconHousing.org.