‘Navigator of Peace’ the Rev. Jack Mathison dies at 97 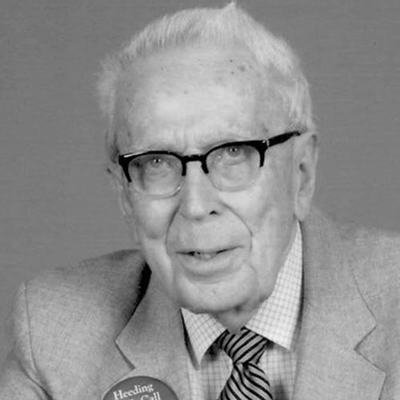 The Rev. John Thomas “Jack” Mathison, navigator of peace, died on May 24 at age 97 after a period of declining health, in Richmond, Virginia, according to an obituary published in the Washington Post this week. He was the widower of Elaine (Sauerwein).

Born on March 6, 1925, in Stoughton, Wisconsin, to Louella (Erdahl) and Otto Mathison, Mathison moved at age two with his family to nearby Madison.

In 1943 Jack enlisted in the U.S. Army Air Corps and trained as a navigator. In 1944 he joined a B-24 Liberator heavy bomber crew, was dispatched to the 15th Air Force in Italy, and on November 16 his B-24 was shot down over Berchtesgaden, Germany, with all 10 crewmembers parachuting to safety. They ended up in snow up to their chests, high in the German-Austrian Alps, at night. Four of them, including Jack, broke into the Karlingerhaus on the Funtunsee where they survived for weeks until a German forester and game warden captured them, marched them out of the mountains to his house behind St. Bartholomew’s Church on the Koenigssee, and turned them over to the SS. After interrogation and processing, the four were transported by boxcar to Stalag Luft I along the Baltic Sea, where some 9,000 allied airmen were imprisoned. One day they all awakened to find that their guards had evacuated the towers in order to surrender to the British, French, and Americans because of their fear of the Russians who liberated the airmen. Upon arrival in the United States, Jack telephoned home to learn that his brother, a B-24 pilot, had been killed over Germany.

Jack earned a bachelor’s degree from the University of Wisconsin and began his career at U.S. Gypsum Co. before being recalled to active duty as a navigator instructor in the Korean War. Following his discharge, he returned to Germany and found his way to the home of the man who captured him, knocked on the door, and the two men threw their arms around one another like long lost friends.

Back with USG, Jack one evening hosted a cocktail party, and a fraternity brother brought Elaine as his guest. Jack spilled a martini on her powder blue dress and within a few months they had become engaged to marry.

Not long after their wedding in 1954, Jack entered Union Theological Seminary in New York City where he earned an M.Div. degree. As a Presbyterian clergyman he served in numerous roles, including at churches in Worthington, Ohio, Topeka, Kansas, Evanston, Illinois, and Maryville, Tennessee, and finally as interim executive of the Presbytery of Chicago.

He was a highly ecumenical and progressive minister in the pulpit and community.

Jack and Elaine retired to Maine where their family had long vacationed with two of his fellow WWII airmen and their families. Together, they both enjoyed travelling, volunteering, and being with friends.

After Elaine’s death in 2000, Jack moved to Washington, D.C., where he generally resided until months before he died. During this time span his children enjoyed both visiting him and approximating his whereabouts.

Jack indefatigably volunteered in many leadership and advocacy roles. Among them: He was a thunderous advocate for measures to stop gun violence. He died hours after the massacre in Uvalde, Texas. “Maybe,” his daughter Jane said, “he just wanted to go comfort all those people.”

In addition to his wife Elaine and brother Paul, he was predeceased by special friend Joan Ensor, brother-in-law Karl Sauerwein and niece Carolyn Sauerwein.

In addition to his daughter Jane (Michael) Cooke and grandson Nicholas Mathison (fiancée Allie Reid), he is survived by sons Paul (Diane) and Tom (Marjil). He is also survived by nephews Karl, William, and Christopher Sauerwein, plus a host of extended relatives and life-long friends.

There will be no memorial service.

In lieu of flowers, donations may be made to The New York Avenue Presbyterian Church Washington, D.C., or a worthy alternative of your choice.