Sheldon Sorge retiring from ‘best call of my life’ in Pittsburgh 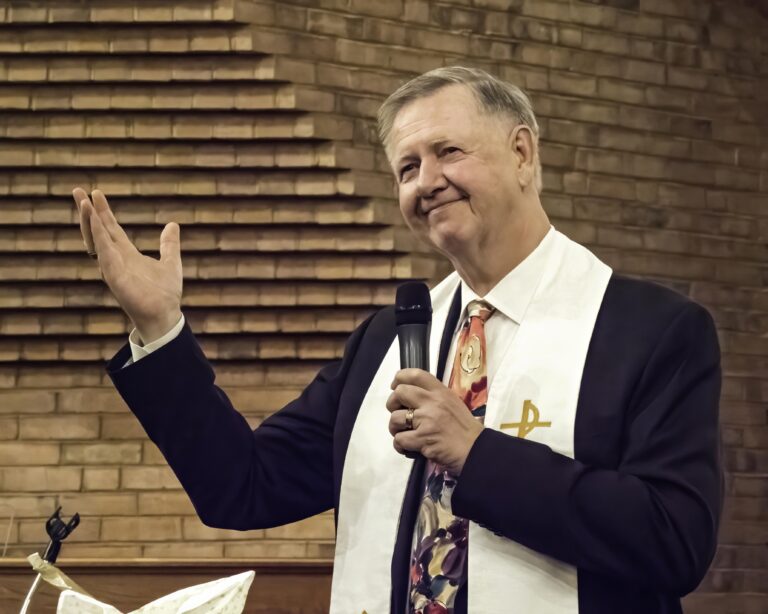 When the Rev. Dr. Sheldon Sorge was initially asked to consider the general minister position at Pittsburgh Presbytery in November of 2008, he turned it down. Serving as a grant maker for the Lilly Endowment, Sheldon didn’t feel called at the time to move east and lead a large mid council. However, something kept bringing him back to those conversations.

“I was happy in Louisville,” Sheldon recalled. “But I was a little bit dislodgeable because I couldn’t see myself continuing what I was currently doing for a real long haul. I couldn’t quite shake it (the opening in Pittsburgh) from my mind.”

Several months later, with that little voice taking him back to the opportunity in western Pennsylvania, he reached out to the search committee, found out they had still not filled the position and applied, eventually accepting the offer to lead the presbytery. Thirteen years later, Sheldon is now retiring from the Steel City and has only the highest praise for what he has experienced.

“It’s been the best call of my life,” Sheldon said bluntly. “I can’t say enough about how good the people have been to me. It’s been a good fit. We’ve been through interesting times. This has been a time where the church has been decreasing in terms of numbers. I really found this was the call that more than any other really drew on the best of my capacities, inclinations and gifts. It’s been a really good run. I have nothing but gratitude for this season.”

Serving at Pittsburgh Presbytery was not Sheldon’s first call in the Synod of the Trinity region. He was the pastor at Davis Memorial Presbyterian Church in Elkins, WV, prior to his 10-year stay in Louisville, which included a seven-year stint as an associate for the Office of Theology and Worship with the Presbyterian Church (U.S.A.) before his three-year stay at the Lilly Endowment.

When Sheldon’s call began in Pittsburgh on Jan. 1, 2010, it coincided with the denomination’s biennial General Assembly already scheduled to gather in the city two years later. While hosting that large event so quickly into Sheldon’s brand-new call in Pittsburgh was not ideal, it did help establish a foundation for what was to come.

“It was a wonderful experience,” he said. “For me personally, having worked in the larger church, to then welcome everybody here, as I looked around the room at this huge crowd of people, I realized these are my friends from all over that had come here to my new home. …

While that General Assembly visit ranks high on Sheldon’s list of accomplishments, it’s his work related to restructuring the presbytery mission plan that he is equally as proud. Budget projections showed that the presbytery’s staffing plan with multiple program directors wasn’t sustainable. He knew a change was needed.

“I said, ‘Why don’t we instead try to nurture relationships between the congregations so they can resource each other?’” Sheldon recalled. “If there’s a need for a summer Bible School curriculum, for instance, let’s get a group of churches together and they can figure this stuff out together. The big churches that use the curriculum from last year can give it to the little churches that can’t afford to buy it and we can talk about it among a cluster of churches.

“It went from conceptionally a model of being a hub and spokes where all the churches look to the presbytery office for its resources to something more webbed. It’s a new way of being presbytery that is more financially sustainable and that gets congregations and church leaders to work more closely with each other.”

It led to the presbytery creating four regional branches of churches where congregational leaders can nurture their relationships and collaborate with one another to help solve issues. Some of those situations could involve social situations, which the presbytery has made great commitments to addressing during Sheldon’s decade-plus in Pittsburgh.

“A prominent issue that’s been with us has been the work against racism,” he said. “That has been a front-burner issue with me the whole time here. It’s part of a deeper question: how do we assure that everybody has their rightful place at the table? That has been a really important focus for me.

“Another place where we’ve had a lot of focus has been the inclusion of LGBTQ people. During my time here the church went from its prohibition to its acceptance of LGBTQ people being eligible for ministry and also granted permission to celebrate same-sex marriage.”

Sheldon added that when he arrived in Pittsburgh, all of the large churches in the presbytery were led by men. Currently, several of the bigger congregations have women as leaders in the pulpit.

“I am proud that we as a presbytery have become much more open to the leadership of people who are not the traditional white males,” he said. “The place of women in congregational leadership has emerged during my time here from nothing into something pretty substantial. I’m really glad for that.”

The friendships that have grown through this work of the churches in the presbytery will be what Sheldon misses most when he’s no longer in the executive’s chair in Pittsburgh, which in the interim will be filled by presbytery Associate Minister for Engaging Ministries the Rev. Brian Wallace.

Sheldon leaves Pittsburgh as the longest running executive in the Synod region, an honor he shared with Presbytery of Donegal Executive the Rev. Dr. Erin Cox-Holmes, both of whom began their calls on the same day at the beginning of 2010. For Sheldon, it just feels like the right time to step away after a tenure that included some unexpected roadblocks caused by the recent coronavirus situation. …

NOTE: In January 2023, Sheldon will begin serving as the coordinator for the national Presbytery Leader Formation program. PLF is offered by the Association of Mid Council Leaders, to equip those who are newly elected to serve as presbytery executives, through a three-year program of retreats, instruction and coaching.

Originally published by the Synod of the Trinity