The award is named for Ernest Trice Thompson, the founder of the Presbyterian Outlook, its board chair and co-editor for nearly 60 years until his death in 1985.  He was an educator, historian, church journalist, leader in the church’s social witness, and tireless worker for church union.  He also served as Moderator of the 99th General Assembly of the PCUS (1959).  The award is presented to church statespersons who represent these kinds of convictions and have given exemplary leadership in their pursuit. They are affirmed as such by board vote upon nomination by the editor.

Barbara Wheeler has been chosen in recognition of her service for 30 years as president of Auburn Theological Seminary (1979-2009), as Director of Auburn’s Center for the Study of Theological Education (1991-2013) and her service as a consultant to seminaries, denominations and congregations concerned about the future of religious leadership and institutions.   She also has served the PC(USA) as a member of the Theological Task Force on Peace, Unity and Purity of the Church and of the executive committee of the Covenant Network.  In all of her roles she has pursued the goals of pressing the church toward justice, toward Christian discipleship and helping a diverse church “hold onto one another while still holding onto our different convictions,” as she often says. She is co-author of Being There: Culture and Formation in Two Theological Schools, based in part on field research she conducted in an evangelical Christian seminary, which was awarded the Distinguished Book Award in 1998 by the Society for the Scientific Study of Religion.  She is a member and ruling elder of First Presbyterian Church, Granville, N.Y.

John M. Buchanan is the editor and publisher of The Christian Century and the retired pastor of Fourth Presbyterian Church in Chicago.  He has served as Moderator of the 208th General Assembly of the PC(USA) (1996), as a member of the General Assembly Council, as a trustee/board member of the denomination’s Board of Pensions, of Ohio Presbyterian Homes, of Muskingum College and McCormick Theological Seminary and of the National Council of Churches and the Parliament of World Religions.  He also was founding co-moderator of the Covenant Network.  He moderated the 1994 GA committee that addressed the “ReImagining God” controversy, whose report, with its opening line “Theology matters,” was adopted unanimously by the commissioners.  He is the author of A New Church for a New World, Being Church, Becoming Community, and Sermons for the City.

Joseph Small is former Director of Theology, Worship and Education Ministries for the Presbyterian Mission Agency after a distinguished pastoral career.  Dr. Small is the author of numerous books, including To Be Reformed: Living the Tradition (2010), Let Us Reason Together: Christians and Jews in Conversation (2010), Proclaiming the Great Ends of the Church (2010),  Fire and Wind: The Holy Spirit in the Church Today (2002), Committed Conversation (2000), and has written numerous journal articles, study series, and theological papers. He is a core member of “Re-Forming Ministry,” co-chair of the international Reformed-Pentecostal Dialogue, board member of the Center for Catholic and Evangelical Theology, member of the Faith and Order Commission of the National Council of Churches, and a frequent participant in international ecumenical consultations sponsored by the World Council of Churches, the World Communion of Reformed Churches and the Centre International Reformé.  In retirement he serves part-time as Church Relations Liaison for the Presbyterian Foundation.

Each of the award recipients has worked tirelessly to build bridges of understanding and partnership between believers of different convictions and ideologies.

The Outlook luncheon will signal the start of the Assembly.  The three moderatorial candidates, Kelly Allen, Heath Rada and John Wilkinson, will be the main speakers at the banquet – an advance opportunity for commissioners and observers to meet them prior to the evening’s election.  The three award recipients will also give brief remarks in response to their awards.

The luncheon will be hosted by Glen Bell, the board’s vice-chair and pastor of First Presbyterian Church, Sarasota, Florida., and Jack Haberer, editor of the Outlook. 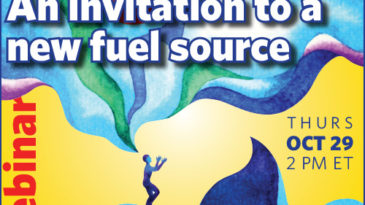