PHS’s Research Fellowship program awards travel grants of $2,500 for scholars, students, and independent researchers who demonstrate a need to work in the Society’s collection for a minimum of one week and whose normal place of residence is farther than seventy-five miles from Philadelphia.

“We’re delighted to offer fellowships this year to three timely and intellectually inspiring projects. The winners will join previous recipients in enlarging our understanding of the many ways Presbyterians have shaped our world from social relations to the environment to city skylines,” Hessel said. 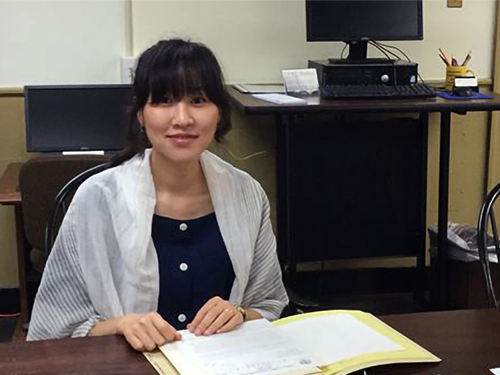 PHS Research Fellow Youngeun Koo in the Reading Room, 2018. Read about her time at PHS and her research on adoption in Korea in the 1960s and 1970s through ECLAIR.

This year’s three grants were fully funded through the Society’s Giving Tuesday campaign. With the help of generous donors, PHS exceeded its $7,000 goal.

PHS staff is excited for the 2019 recipients to begin scheduling their visits.

“It’s always an enriching experience working with our Research Fellows in the reading room. I appreciate how their investigations give me a deeper understanding—and sometimes a totally new view—of the archival collections in our holdings,” PHS Reference Archivist Charlene Peacock said. “The range of historical topics represented by this year’s recipients is outstanding and I look forward to welcoming these fellows to PHS.”

PHS is accepting applications for next year’s Research Fellowships through January 31, 2020. Hear from previous Fellows and learn about the grant application process.