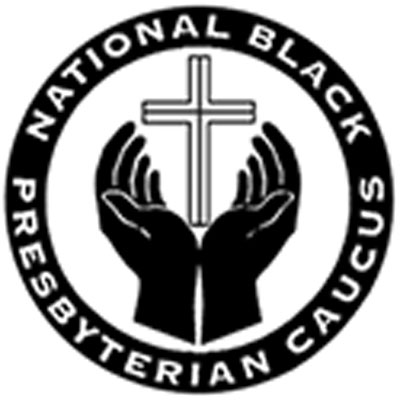 (PNS) During the June celebration of the National Black Presbyterian Caucus’ 45th Biennial Convention, five outstanding Presbyterians were recognized for their efforts toward “seeking racial justice and equity.”

“From registration to the closing worship, the Spirit of the Lord was upon us for the 2019 National Black Presbyterian Caucus Conference in Atlanta,” said Rev. Dr. Thomas Priest Jr., president of the caucus. “I was delighted to see the unity of God’s diversity come together around our theme, Seeking Racial Justice and Equity! Where do we go from here?”

Priest expressed his gratitude for the help of everyone who played a part in the success of the event.

“It brought joy to the officers of the caucus to see the unity and participation of the staff of the Office of the General Assembly and the Presbyterian Mission Agency,” he said. “It was obvious that the staff was not there just because it was their job. There was a meaningful spirit among the employees that said. ‘I want to work toward Seeking Racial Justice and Equity!’ And to actually do something to answer the question, Where do we go from here?”

The caucus presented two awards at the Pioneer Luncheon, during which the Rev. Denise Anderson, Coordinator of Racial and Intercultural Justice in the offices of Compassion, Peace & Justice and Racial Equity and Women’s Intercultural Ministries was the featured preacher.

Laney was an outstanding educator who was encouraged by the Presbyterian Board of Missions to establish a school without any financial assistance.  In 1883, she organized the school in the basement of Christ Presbyterian Church in Augusta, Ga. The award named for Laney honors “individuals who refuse to be defined by the limiting constraints imposed by others. With a holistic approach toward life, they pursue excellence in all they do, as they seek to enhance the lives of others educationally, culturally and politically.”

Now 99, Corine Lytle Cannon was the first African American woman to be hired for a production position at Cannon Mills in Kannapolis, North Carolina. She endured racism, taunting remarks and rejection from her white co-workers. With her faith in God and an eye on the future, Cannon withstood the hostile treatment. Cannon and her husband Esau vowed they would do all they could to keep their children from knowing such harsh treatment and ensured that each of them obtained a college education.

Cannon continued to learn and excel in her position. Her resilience led to the hiring of other African American women in production; African American men were hired in management positions.  She continues to open doors today for children, youth and young adults by helping them to become their best selves.

After the end of slavery in the United States, at the age 33, Maria Fearing worked her way through the Freedman’s Bureau school, learning not only how to read and write, but also how to teach.  Determined to be a missionary, at age 56 she was commissioned to the Congo, where for more than 20 years she served as a Presbyterian missionary, establishing the Pantops Home for Girls in 1915.  The award named for her recognizes “individuals who stare insurmountable odds in the face and gather the courage to pursue what seems to be an impossible dream. While others are declaring what they cannot do, they respond by doing it anyway. They overcome major life challenges to achieve their life goals.”

The Maria Fearing Award was presented to Ruling Elder Toni Griffith-Fields. Griffith-Fields has been an ordained elder for 37 years and has served in Christian education, stewardship and evangelism and as chair of the Personnel Committee at two churches. She is a commissioned evangelism training facilitator through the Presbytery of Greater Atlanta.

Previously, Griffith-Fields served on the presbytery’s Committee on Representation and Operations Ministry and as an advisor on the task force that planted Pulse Church in Atlanta, a new church development church. Additionally, she served on the Committee for the Self Development of People through the Presbytery of Genesee Valley and as president of her local chapter of the National Black Presbyterian Caucus and as vice president of the Southeast Region.

The NBPC recognized three additional individuals during the organization’s Honoree Banquet, during which the Rev. Dr. Diane Moffett, president and executive director of the Presbyterian Mission Agency, was the featured preacher.

The Rev Dr. Kathryn Threadgill, coordinator for Vital Congregationsfor the PMA, received the Innovation in Ministry Award. The award “acknowledges an individual who approaches ministry with a curious mind, a dedicated heart and visionary eyes.  Such a person witnesses to God’s amazing grace through ministries that are creative, innovative, fresh and inspiring while meeting real human needs.” 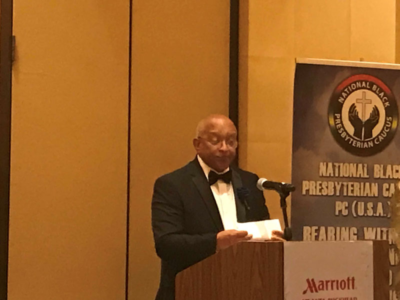 “The purpose of the Vital Congregation Initiative,” Threadgill said, “is to work alongside leaders of existing congregations continually assessing, discerning and living into faithful actions that increase vitality through intentional spiritual practices that take them deeper into following Jesus Christ, so that their own lives are changed, congregations are transformed and the mission of God spreads throughout particular communities and the world.” A dynamic workshop leader, speaker and theologian, Threadgill travels extensively around the denomination, paving the way toward congregational revitalization.

The Drum Major for Justice Award recognizes an individual who has displayed a passionate commitment to the biblical principles of justice.  The awardee has consistently and unselfishly pursued that utopian reality of “liberty, justice, and equality for all of God’s people.”

Ruling Elder Rosy Latimore, a member of the First Presbyterian Church of Birmingham, Michigan, the 2019 recipient of the Drum Major for Justice Award, actively serves in the Presbytery of Detroit. She has chaired the Diversity, Inclusion and Justice Ministry Team at her church and is involved in outreach to the LBGQT community. At the presbytery level, she has served on the Committee on Ministry, Operations/Personnel Committee, Anti-Racism Task Group, Multi-Cultural Task Group and the Martin Luther King Jr. program. Latimore was one of 40 participants selected from throughout the PC(USA) to serve on the conference on race, ethnicity, racism and ethnocentricity sponsored by the Presbyterian Mission Agency’s Racial Equity & Women’s Intercultural Ministries.

The final award went to Commissioned Ruling Elder Mark Jones, who received the Edler Hawkins Award. In 1964, Hawkins became the first black person to be elected Moderator of the United Presbyterian Church in the U.S.A.  A staunch civil rights advocate, Hawkins embraced the “social gospel.” He is described as “a stellar role model and a proponent of faith in one’s self; of holding steadfast to that faith until that in which one believes is accepted by others, and therefore, becomes manifest.”

Jones, an active member of NBPC, has contributed a great deal of time and effort to the organization’s purpose and vision and has served in a leadership capacity at both the local and national levels. He has been on the African American New Church Development Probe Team for the New Hope Presbyterian Churchin Orange, Calif., and served as commissioned ruling elder/pastor for the Community United Presbyterian Church and director of mission and outreach and pastoral care at Westwood Presbyterian Church in Los Angeles. He also was on the General Assembly’s Advisory Committee for Racial Ethnic Concerns, now called the Racial Equity Advocacy Committee.