The communications leaders of each of the six agencies of the Presbyterian Church (U.S.A.), as well as Presbyterian Women, created the survey to find out how the national Communications offices can best serve congregations and mid councils.

Over 52,000 individuals received a personal invitation to participate in the survey. In addition to that, the invitation was made public via social media, e-newsletters, and through the Presbyterian News Service. “That is a 20% response rate, which is above average in the industry,” said Dr. Susan Barnett, coordinator for Research Services. “The roles of the respondents were also significant. 99% of respondents were leaders or have previously held leadership roles in a congregation or mid council.” 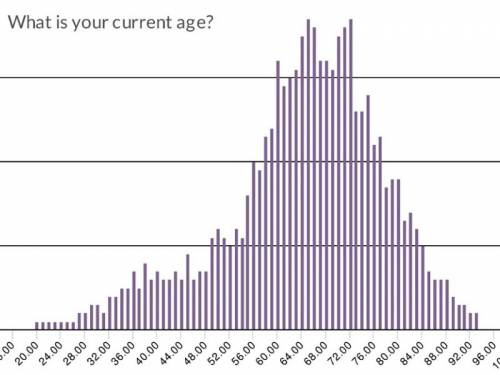 Seeking feedback from a variety of groups — age, gender, race and church role — was important. The age of respondents ranged from 19 to 93, with the average respondent being a 66-year-old white, female ruling elder.

In an attempt to identify the challenges to communicating with churches of all sizes, many questions focused on their digital and WiFi use and access. Email and e-newsletters are the preferred method of receiving news and information about PC(USA). Approximately 65% of churches have their own websites and 91% have access to the Internet. However, it was interesting to note that less than 20% provide WiFi in the sanctuary. 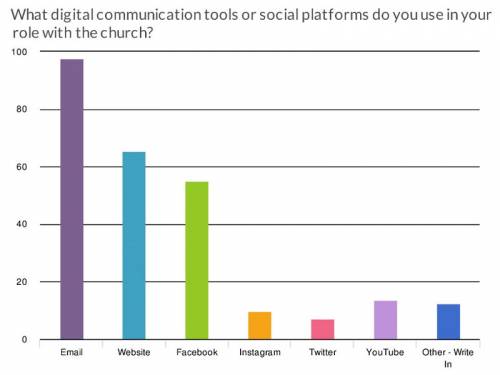 “It is important to note where churches are with regard to social media,” said Robyn Davis Sekula, vice president for communications and marketing for the Presbyterian Foundation. “Seventy-one percent of churches utilize social media, with Facebook being the primary platform. We have two churches to plan for — the current church and the future church.“

When asked about content, the top three types of information that were of greatest importance to respondents included mission and ministry, PC(USA) news and information, and educational resources. The top three topics of greatest interest were congregational vitality, spiritual development and social justice. 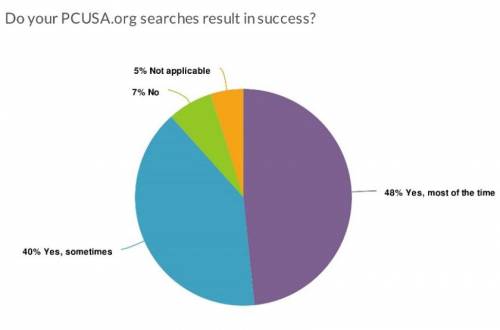 Survey questions addressing traffic and usability of the 6-agency websites revealed the most frequently visited is pcusa.org at almost 89%. When asked how easy it is to find information on pcusa.org, the average answer was 5.5 on a scale of 1-10. Interestingly, many of the comments provided in this area revealed that many users were aware of and use only pcusa.org. as compared to the individual agency websites.

“We want to thank everyone who took time to answer questions and provide valuable feedback,” said Kathy Francis, senior director of Communications for the Presbyterian Mission Agency. “A significant part of our collaborative plan is to bring as much content as possible to pcusa.org, regardless of the source of the content.”

Respondents were given the opportunity for open comments throughout the survey and as always there are nuggets of encouragement and lessons to be learned in those words from the heart.

After evaluation and analysis of these results, the next step will be to facilitate focus groups with survey participants. “We will keep trying. We want to dig deeper on some of the issues, including the websites,” said Francis.

Since the 221st General Assembly in 2014, communications directors of all six agencies have been meeting monthly to share resources and best practices and discern ways to collaborate. Most recently, this group has been tasked with developing a collaborative denominational plan that also includes an updated web presence and unified style/brand guide as part of the Way Forward Commission’s recommendations that were approved at the 223rd General Assembly in 2018.