“And they conquered [evil] by the blood of the Lamb and the word of their witness.” – The Apocalypse 12:11.

If white Christians were to ask me, a black Christian, what they should do in response to the spiral of racially sparked violence into which we are rapidly and inevitably descending, I have pondered the response I would give.  Strange, since no one has asked, that I nonetheless feel compelled to answer.

White Christians are not witnessing.  Not enough.

In the Apocalypse, the world is possessed by systemic evil.  That evil manifested itself in an imperial reign that demanded a fealty the Apocalypse’s author claimed belonged solely to Christ.  Rome wanted to be worshiped.  Christ believers could respond in one of two ways.  They could patriotically idolize Rome or they could witness to the lordship of Christ.  Either.  Or.

Rome promised to punish anyone who refused to render the reverence it believed it was due. Writing to seven churches located in the belly of this imperial, bestial declaration of religious and political supremacy, John of Patmos pleaded for a witness to an alternative truth.  The only leader who deserved fidelity and worship was this Jesus who died on a Roman cross.  It was not Rome’s empire but his resurrected reign that should be revered and realized.  He spilled his blood in an effort to inaugurate that reign.  He did his part.  Our Christian part is to witness to that reign in the way we speak our words and live our lives.  That is our formula for reckoning with systemic evil that possesses institutions and drives individuals mad.  The blood of the Lamb.  The witness of the Lamb’s followers.  Us black and you white Christians.

What does a reign under the lordship of Christ look like?  Before we can witness for it we must know what it is.  If we could see into God’s future the way John saw through his open door into transcendence, perhaps we would know.  We are not that farsighted.  But our hindsight ought to be 20/20.  Because it is written in a record for us.  If Jesus of Nazareth is the Christ of the Apocalypse, then we have a glimpse of what a reign under his rule would look like?  We have something for which to witness.  In the gospel vision.  There, lepers are touched.  There are no Eric Garners who cannot breathe.  There, the sick are unilaterally healed.  There are no Ahmaud Arberys demonically hunted to death. There, codes and laws too legalistically and unjustly applied are broken.  There are no Breonna Taylors, shot eight times, when their homes are broken into by law enforcement.  There, men once incapacitated by paralysis walk.  There are no George Floyds paralyzed beneath the weight of ruthless state agents.  There, systems of ethnic segregation are broken open by the vision of a house of prayer for all the nations.  There is no aspiration of a rule where one people structure society so that it perpetually privileges them and those like them.

We know from hindsight the promise of Jesus’ vision.  We know what it intends.  Our calling is to witness to it.  No matter the cross.

I am afraid because I know I am not witnessing.  Not enough.

I am afraid because I know that white Christians are not witnessing.  Not enough.

Why does our country need white Christians to witness more than they are?  More now even than black Christians and black people of every faith and of no faith?

Whether it’s individual acts of brutality or systemic oppression, it is hard to maneuver successfully for change when your hands are shackled, your legs are taken out from beneath you, and someone is kneeling on your neck.  You need the people who wield economic, political, police, and military power to rein in the agents they have authorized to act on their behalf, to rain down change upon the systems their forebears have spent centuries erecting.  To privilege themselves.

You need them to witness.

Not just spiritually.  Tangibly. Not just with well-intentioned prayer. With concrete action.    Not just from the pulpit and in the sanctuary. Out in the world, on the streets of their cities, in the corridors of their power.

No, this evil of enduring American racism is not just a Christian problem.  But for a people who claim to follow a Jesus who died on a cross for all people, and whom we claim reigns in heaven interceding with God for all people, it is an evil we must especially engage.  We cannot claim to witness to this risen Christ and simultaneously allow our country’s descent into this racial abyss.

We Christian people can make a difference.  We must help defeat this draconian, systemic evil.

Before it is too late. 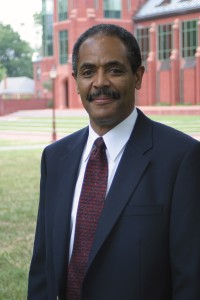 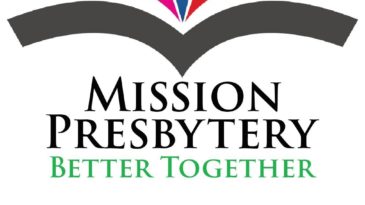 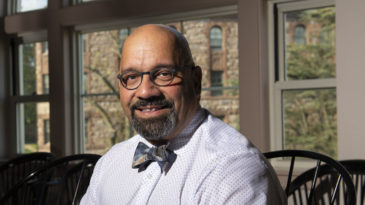