LOUISVILLE (OGA) Over the past several months, churches across the country have enjoyed a return to in-person worship as millions of people began receiving vaccinations against the COVID-19 virus. Many churches have relaxed guidelines completely while others have continued to practice social distancing and other measures.

The recent surge in the Delta variant of the virus has caused many to reconsider standards for in-person gatherings. But that decision rests with the congregations and their sessions, according to the Stated Clerk of the General Assembly of the Presbyterian Church (U.S.A.).

The Rev. Dr. J. Herbert Nelson, II says the rise in variants and the upcoming flu season have once again raised anxiety. He says the challenge now is to “wait on the Lord and be of good courage.”

by Rick Jones and Randy Hobson, Office of the General Assembly 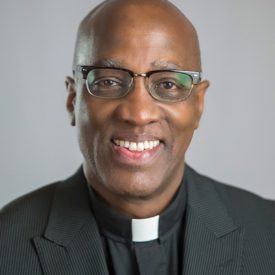 J. Herbert Nelson is the stated clerk of the PC(USA).