(PNS) — Advocacy is the focus of a five-part educational series being offered by the Office of Hispanic Latino-a Intercultural Congregational Support in collaboration with the National Hispanic/Latino Presbyterian Caucus.

The virtual series, “Our Voices Matter: Advocacy Within and Outside the Church,” takes place every Tuesday of this month at noon Eastern time via Zoom and social media. (See a recording of the first episode here.).

The series, which is currently offered in Spanish only, is intended to show that “our voices do matter, and we would really like to empower our leaders to raise up their voices, especially in times like this,” said the Rev. Rosa Miranda, Associate for Hispanic/Latino-a Intercultural Congregational Support.

That’s in keeping with the Matthew 25 invitation, the unifying vision of the Presbyterian Church (U.S.A.) that focuses on dismantling structural racism, eradicating systemic poverty and building congregational vitality.

“We have to advocate about social justice, gender, racial (and) economic (issues) as it relates to people that are marginalized,” said the Rev. Carmen Rosario, Co-moderator of the Caucus and Chair-elect of the Racial Equity Advocacy Committee of the General Assembly.

That’s important in communities outside the church but also within the denomination, Miranda said. “We need to continue to make sure that all voices have a place at the table. There is a unique richness in engaging in the messiness of becoming an intercultural church that is worth working on.”

This is about “how we build bridges of understanding but also of collaboration,” she said. “One of the aims for this month would be that people start to feel comfortable and also start to empower others to raise up their voices and advocate.”

The Rev. Magdalena García, pastor of Ravenswood Presbyterian Church in Chicago, said it’s important to counter evangelical teachings that encourage “avoiding the world” as a faithful response to the Word and to correct “traditional Catholic views that exalt the value of passive suffering and endurance.”

The first installment of the series featured the Rev. Dr. Jorge A. Texidor, pastor of El Redentor Presbyterian Church in Oviedo, Florida. He explained in follow-up remarks that people of faith must engage in advocacy because they are “the voice of God.”

“This is the reason why it is proclaimed from the pulpit and from the paths of struggles that lead to the God who dignifies,” he said. “Advocacy is the way we can join in the Gospel project and the Kingdom of Jesus. The invitation is to raise our Hispanic, Protestant and Reformed voices to inform the people’s pains.”

May webinars (all times Eastern) 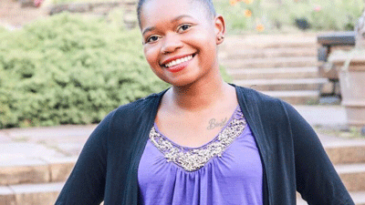 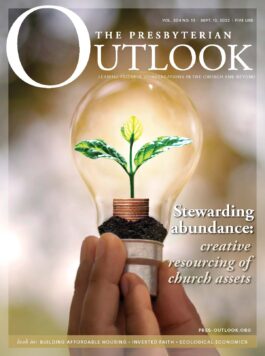