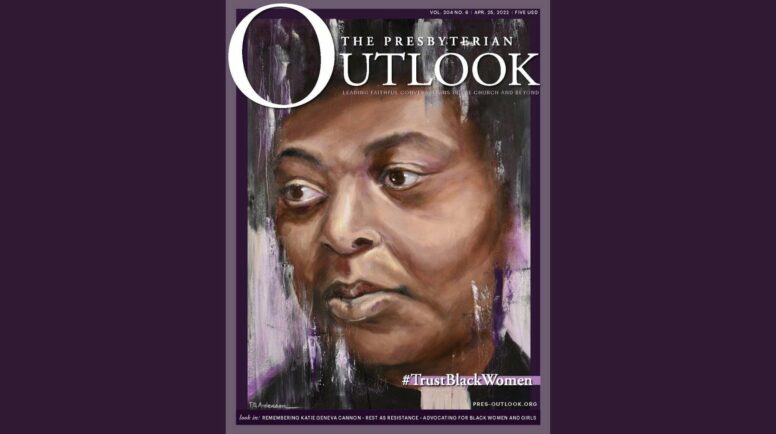 In 1974, Katie Geneva Cannon was the first Black woman to be ordained as a minister of Word and Sacrament in the United Presbyterian Church in the United States of America, an antecedent denomination of the Presbyterian Church (U.S.A.). She went on to earn a doctor of philosophy degree from Union Theological Seminary in New York in 1983. She was the first Black woman to earn such a degree from the institution, but the journey to that degree was incredibly fraught for her. Women, especially women of color, were still making inroads in theological studies, and her ability to successfully complete the degree was regularly questioned. She eventually shifted the focus of her studies to Christian ethics through a womanist lens, understanding that her experiences and those of Black women throughout history are instructive to everyone in how we might better understand our calling as Christians. Her book Black Womanist Ethics became the seminal text for the field of womanist Christian ethics. In the 2014 documentary Journey to Liberation: The Legacy of Womanist Theology and Ethics at Union Theological Seminary, Cannon said, “Even when they call your truth a lie, tell it anyway!”

My attraction to portraiture is rooted in an appreciation for people’s stories. There is something powerful about spending time and loving attention on a person’s facial features, understanding that, in some ways, our faces tell our stories. For this portrait of Cannon, I used a reference photo of her from some time shortly after she was ordained, according to her brother, who is also a pastor, Jerry Cannon. She was already a pioneer in her mid-20s, though she still had years of pioneering ahead of her. I chose to depict her at this age because, for as much as she accomplished in her 68 years, her voice was every bit as valid and important then as it ever was. The theme for this issue is #TrustBlackWomen, and the incredibly gifted among us are often written off because of age, race, gender or other identities. Would we have had the courage to trust this young Black woman without the benefit of knowing all she would accomplish later? Would we view her with suspicion as she wore her collar because we weren’t used to seeing Black women in such roles? Like Cannon, Black women must often struggle to trust ourselves enough to bring our whole selves to every space we enter. This admonition is for us, too.

The colors that surround her are intentional. Alice Walker defined womanism in her book In Search of Our Mothers’ Gardens and said that “Womanist is to feminist as purple is to lavender.” There are hues of purple emerging around her, recalling her development toward a womanist orientation in her work. That womanist lens emerges from her Blackness and formation in the Black church and with the backdrop of White cultural norms that permeate all American Christian theology and ethics. The purple somehow makes its way to the foreground, calling her and us to our most genuine selves that we may tell our stories “anyway.” 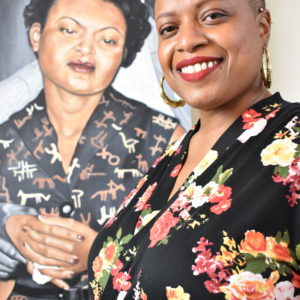 Denise Anderson is the acting director of Racial Equity and Women’s Intercultural Ministries at the Presbyterian Mission Agency in Louisville, Kentucky. A writer, artist, and pastor who has served multiracial and intercultural churches, Anderson also served as Co-moderator of the 222nd General Assembly of the Presbyterian Church (U.S.A.). Read more about her art at tdandersonart.com. 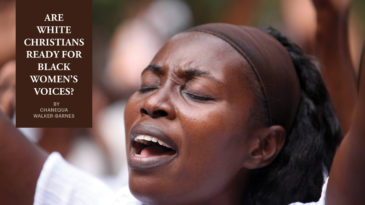