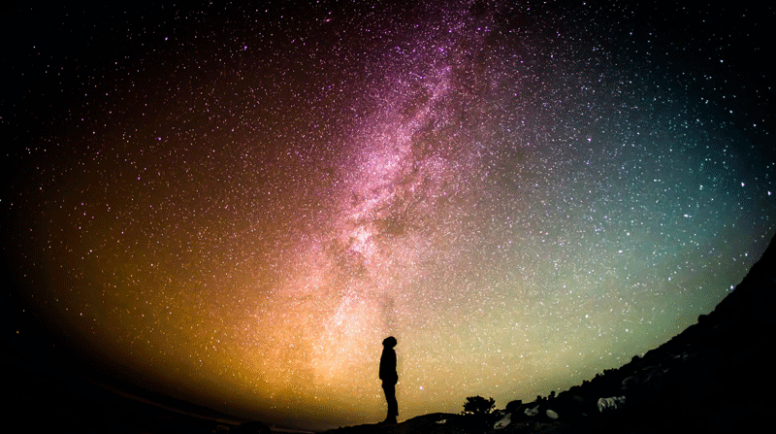 Photo by Greg Rakozy via Unsplash

(PNS) — The Rev. Dr. Nathan Stucky serves Princeton Theological Seminary as director of the Farminary Project, a place “where theological education is integrated with small-scale regenerative agriculture to train faith leaders who are conversant in the areas of ecology, sustainability and food justice.”

Small wonder, then, that NEXT Church would ask Stucky to preach on the Bible’s first Creation story during the gathering’s worship service Tuesday.

Those worshiping online and in person at Montreat Conference Center aren’t the only exhausted people seeking rest, Stucky said. In his 2019 book “Wrestling with Rest: Inviting Youth to Discover the Gift of Sabbath,” Stucky talked about a “cruel irony” revealed by the 39 high school seniors he interviewed for his book: While confessing the desire to rest, they also confessed that rest created its own anxiety.

These “industrious, capable, achieving” high school students “of course longed for rest,” Stucky said. “But when you stop and rest, you find yourself thinking of all the things that aren’t getting done. What a heartbreaking reality, to long for rest and find only anxiety when you try to enter that rest.”

Those findings date back nearly 10 years, he said, before the pandemic and the murder of George Floyd, before the war in Ukraine “and even more senseless gun violence.”

What, he asked, stands out in the Creation narrative? First, “over and over, God says Creation is good.” By Day 6, the “whole of Creation is very good,” Stucky said.

Creation is also stunningly diverse, he said. “Note the movement from formless void to order, from chaos to decent and in order, says the Mennonite from the pulpit,” he said with a laugh. “The creatures are good, and their interdependence and communion is very good.”

Smack in the middle “of this beautiful story is the command to humans to have dominion, to fill the Earth and subdue it,” Stucky said. Studying the Hebrew verb proved especially troubling for him. Possible definitions include “bring into bondage,” “violate” and “dominate.”

“I cannot explain this word away. I cannot subdue it, and I don’t think we are supposed to,” Stucky said. “Let it unsettle us. Let it mess with our assumption about what Scripture says about being in right relationship with God.”

Even though the created order is pronounced good, “there is no analogous affirmation to humans” in that first Creation story, Stucky said. “If there is goodness among humanity, it happens in relationship with the whole host of Creation.”

Humans, he said, “are supposed to reflect the relationship that God has with Creation,” which is attentive and empowering. “God’s relationship with Creation is fructifying. It’s ‘Be fruitful and multiply,’” Stucky said. “God creates a world where the whole Creation flourishes. We must ask ourselves, ‘What if God invites us to just this kind of relationship, where everyone flourishes and embraces co-Creation and shared power?”

The culmination in that first Creation account is, of course, the fact that God rests on the seventh day.

“Humanity’s starting point with God is God’s own rest,” Stucky said. “The text says, ‘Hey humans! Before anything else, stop.’ It’s the root of sabbath. Stop. Cease. Get to know God for a minute.”

Sabbath “has much to teach us about faith in an exhausted world,” Stucky said, adding there’s little hope for exhausted people — at least for those acting on their own.

“We talk about [sabbath] like it’s a chai latte we can grab from Starbucks,” he said. Rather, sabbath is “the glue that holds us together … Sabbath in isolation cannot be our cure because isolation is our disease.”

We can “start with stopping,” Stucky said, by first abandoning the notion of the individual sabbath. That may be terrifying to some, but it’s good news, Stucky said. “Rest with God and Creation,” he suggested. “The hope resides in the community that can exist between us and God and the broader Creation.”

While we’re at it, we ought to abandon the idea of rest as a reward. Recall that during the seventh day, “humans had done no work in the story. The only work they have to reflect on is God’s and the work of the broader Creation. Stop fixating on our work and start focusing on God’s,” Stucky said to building applause. “Rest is sheer grace, a gift.”

Pursue sabbath “in intimate communion with God and Creation,” Stucky suggested. Anticipate “substantial resistance to your efforts” because “a primary reason we refuse to rest is we don’t want to face what we find in ourselves or the world when we do.”

“My plea is simple: Let’s tip the scales the other way,” he said. “Let’s find ways to contribute more to the world’s renewal and restoration than its exploitation. What if the church was known for that? The world needs the church right now. It starts not with vigorous exertion, but by stopping. Are you willing to help?”