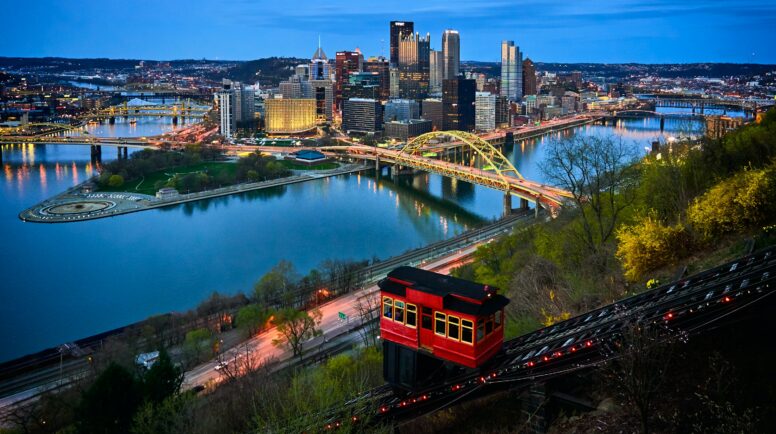 Photo by Vidar Nordli-Mathisen on Unsplash

(PNS) — Open Hand Ministries, a collaborative effort of four PC(USA) churches in Pittsburgh working to empower Black families living in the Steel City’s East End to build multi-generational wealth, was the featured organization last week on “A Matter of Faith: A Presby Podcast.” Open Hand Ministries’ executive director, Wayne Younger, explained to hosts Simon Doong and the Rev. Lee Catoe how churches can help to empower the communities in which they’re situated.

Listen to their conversation here. Younger comes in at the 32nd minute.

The four PC(USA) churches — East Liberty, Eastminster, Valley View and Open Door — came together under the leadership of Open Hand Ministries founder Michael Stanton, who, Younger said, “helped people to improve their situation in life by saying, ‘I see you have a need. We have a group of people. Would you mind if we came in and met this need?’” Two needs soon rose to the top: pursuing equity in housing and prospering financially.

That was 14 years ago. Now Open Hand Ministries provides financial education, mortgage preparation and home renovations to help people invest in affordable home ownership. It’s increasingly important, Younger said, for ministries to know their community well, “not going to the community and saying, ‘These are what we think your needs are,’ but getting to know the community and allowing the community to speak its needs to us and then then design a ministry from that state.”

In Pittsburgh, 3.5% of mortgages go to African Americans, who make up 23% of its population. “We know there’s a home ownership crisis amongst African Americans in our city,” Younger said. “We also know our city is on the upswing. There’s a lot of people moving to our city and a lot of investment happening. … At the same time, opportunities for non-white citizens have been on the downturn here. Our desire is to go meet the need that exists — not to force the people to want what we want for them, but to respond to their felt need.”

Doong wondered what the ministry looks like. Is it advocating for the neighbors with bankers or “walking alongside folks and maybe finding a couple of financial institutions that are more flexible or understanding to make those mortgages happen?”

Open Hand Ministries also educates its neighbors about the rules of lending “to help them take race out of the lending conversation. We know Fannie Mae and Freddie Mac have a certain set of rules all banks have to play by when they’re making mortgage lending. We train people to the rules: ‘Do X, Y and Z and I guarantee you will not be turned down for a mortgage.’ If you do get turned down for a mortgage after having done X, Y and Z, we know there’s discrimination going on.”

But it’s not enough just to offer people the tools they need, Younger said.

“We think that people are more apt to be successful when they’re in a community that walks with them in their successes and their failures, their falls and their scrapes and their triumphs,” Younger said. “For the church, we have to know that is not going to be quick. … These problems didn’t take a year for us to create, and it’s going to take us a while to address these things.”

Banks exist to make money, of course, “and it’s our desire as an organization to help them meet customers they would not normally value unless they met them with an intermediary, and that’s what sometimes we are for our people,” Younger said.

“Every faith community asks, ‘What can we do?’” Catoe said. “Food is always the go-to, and I think that’s great.” But “a lot of people in faith communities would be great at this,” Catoe said. “This is a practical way of doing the work of justice, and it’s for the long run. How do we change the culture,” Catoe asked Younger, “and make it about the long game?”

A friend calls that outlook “withness,” Younger said. “You have to carve out a community where people will walk together over the long haul, and that’s definitely what the church is supposed to be. It allows you see the fruits of the Spirit take hold of your life over time.” At some point, “It might be true in your forehead, but it’s not true in your knees yet.”

Open Hand Ministries works with church volunteers “who spend time with our people who are making the choices to change their financial lives,” Younger said. “For churches, the important thing is to get over the thought there’s going to be a quick fix for anything, but it’s going to call us toward a deeper relationship. That’s ultimately going to be a blessing to the community.”

“You have identified something we sometimes forget,” Doong said. “We don’t have to be experts to accompany somebody. We are called to be present to be another person in the room, so someone doesn’t feel alone. We think of accompaniment in terms of immigration, but we can also accompany people who are already in our communities looking for that person to be in the room.”

The people that Open Hand Ministries works with “have their own will and their own agency,” Younger said. “We exist only to help them meet the goal they’ve put forward.” It’s especially gratifying, Younger said, when people who have received help or guidance show up to help others. One example is a man who recently turned out to help renovate a house the ministry was preparing for home ownership. “He thought it was important for people to see not only did he and his family receive help from the program, but they were giving to the program,” Younger said. That kind of agency “is just as real, just as good and just as effective as our agency,” Younger said. “It just takes time for that to be unlocked.”

“We did not ask him to share his history. He could have come in as a volunteer and they wouldn’t have known,” Younger said. “He chose to share his story because he understood the importance of that testimony. He feels an affinity with the work we’re doing and felt comfortable sharing that he was a person who benefitted from the work just as others would benefit.”

“Giving people that ownership is really, really important,” Younger told Catoe and Doong, “and I think you for the work you are doing helping the church to understand that importance.”