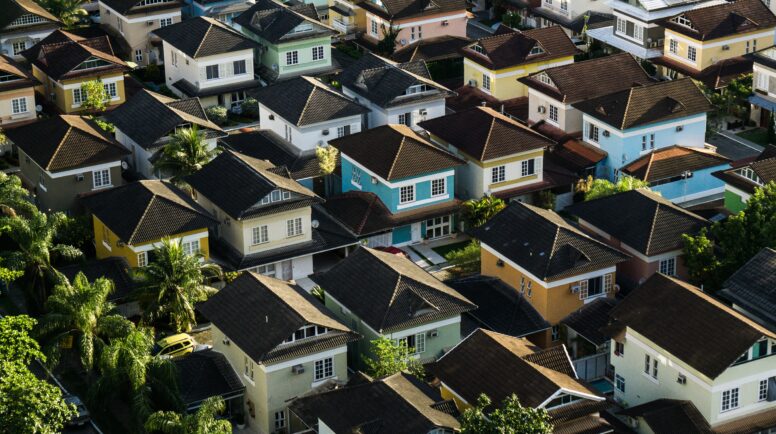 Photo by Breno Assis on Unsplash

(PNS) — Churches in the Presbytery of Denver are reaching out to their neighbors without homes in traditional and even system-altering ways, including a successful effort to get the Aurora City Council to alter zoning on a tract of land to permit development of much-needed affordable housing in what’s become the seventh most expensive place in the nation to own or rent a home.

Thursday’s edition of Being Matthew 25, which can be seen here or here, explains how churches helped change the community’s zoning laws requiring more expensive single-family homes, explained in a video that can be seen here. The Rev. Dr. Diane Moffett, president and executive director of the Presbyterian Mission Agency, and DeEtte Decker, acting senior director of the PMA’s communications ministry, co-hosted the hour-long broadcast. Two guests were featured: the Rev. Dr. Dee Cooper, lead presbyter for the Presbytery of Denver, and the Rev. Sheri Fry, the interim pastor at Good Shepherd Presbyterian Church in Northglenn, Colorado.

The presbytery has established a Matthew 25 team. Cooper quoted one of the team members, the Rev. Louise Westfall, pastor of Central Presbyterian Church in Denver, on why people want to be involved in the Matthew 25 invitation:  “This is not just a program,” Westfall said. “This is a movement, the church embodying and embracing real and relevant issues and addressing the barriers and the injustices that we face as we live into the gospel of Jesus Christ.”

“We can’t just focus on direct care without looking at why it’s happening,” Cooper said.

“Having a home is essential,” said Moffett, who served churches for more than 30 years before being elected to lead the PMA in 2018. Even systems designed to help people living on the margins, such as states expanding Medicaid eligibility, are often “set up in a way that denies human dignity.”

Decker said she once served a downtown church that ministered to a large population of people without homes. “We had a feeding center, and we began to build relationships with these folks,” Decker said. “I learned the system was stacked against them.”

In fact, we often “objectify people who don’t have a home” or access to proper nutrition, Moffett said. “They become things, not people.”

“We see them as projects. Even actions of kindness come from objectifying and not seeing the whole child of God,” Cooper said. “I think that comes from a place of fear.” For many of us, the loss of a job or a sudden serious medical issue might place us in a similar situation, Cooper said.

“Instead of dealing with that reality [of being without shelter], we talk about proving and demonstrating why they deserve to have a home,” Cooper said.

Fry talked about Good Shepherd Presbyterian Church’s months-long effort to convince its neighbors that opening its parking lot at night for people to stay safely in their vehicles was a good idea. Guests are vetted by the church and by government officials.

The church held four sessions to listen to their neighbors’ concerns. Fry said much of the opposition “came out of fear and not knowing anyone experiencing homelessness.” At first, neighbors suspected the people in the parking lot were drug dealers or were being bussed in from Denver. “We heard a lot of NIMBY [Not In My Back Yard],” Fry said. “At the last listening session, I invited the loudest voices to come join us. We created a program with regular check-ins, and [the neighbors] began to come on board, but it took 9 or 10 months.”

“It’s a slow process, but it’s working,” Fry said. “It’s changing our neighborhood and our church, and it’s changing Mary as well.”

According to Moffett, making that kind of systemic change “isn’t a sprint. It’s a marathon. It’s part of taking up the cross, the suffering of love so folks can see something different.”

Thursday’s broadcast also included a video featuring Molly Dowling Brown, director of mission and faith formation at Central Presbyterian Church and the moderator of the presbytery’s Matthew 25 team, who touched on some of the programs that Denver-area churches have undertaken to help bring about systemic change.

Asked by Decker what advice Fry might have for addressing systemic change, one word came forward: perseverance.

“You have to not be scared. When somebody says no, you just have to keep on pushing,” Fry said. “The initial reaction from our neighbors scared the session a little. People threatened to sue us. We just kept listening and tried to offer why we felt so called to do this.”

“My goodness!” Moffett responded near the close of the broadcast. “The work this presbytery is doing — that’s what Matthew 25 is all about.”

“Together,” Moffett said, “we can re-present Jesus’ love and justice in this world.”