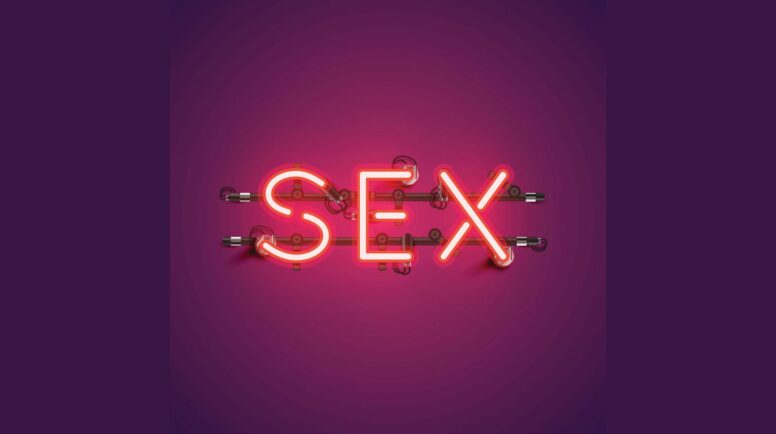 “Let’s talk about sex!” It isn’t necessarily a phrase you expect to hear from a pastor, at least not in my context. I serve as a college chaplain at a small college in the Ozark Mountains in the heart of the Bible Belt. It’s a place where people quote Scripture for any daily occurrence, the tea is made with an abundant amount of sugar, families have lived here for generations and you just don’t talk publicly about taboo subjects like sex. So, when this college chaplain decided to bring it up, it was cause for some clutched pearls — not from the school’s administration, but from students who thought it was not what “good” church folks do. 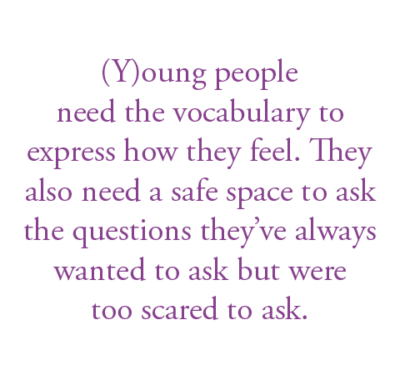 As we began to have conversations it became clear that while it might be a taboo subject, there was much need for the church to engage in the conversation. It goes beyond the typical “no sex before marriage” talk because, as I came to learn, young people need the vocabulary to express how they feel. They also need a safe space to ask the questions they’ve always wanted to ask but were too scared to ask in their current environments.

People came out of curiosity and stayed for the conversation. A room set up for 50 attendees was filled to capacity with many left standing and lingering in the back of the space, including faculty and staff. It was one of the campus’s most successful events and even won the Program of the Year award at our annual convocation. High attendance was a factor in winning the award, but also because of how the event brought into dialogue various aspects of students’ lives.

After the event, I received the nickname “Condom Chaplain” — in part because of my willingness to have these conversations, but also because I have a condom jar in my office next to my candy jars. This visible reminder lets students know my office is a safe place for sharing their concerns and questions around sex and sexuality. It led to continuing conversations with students and exploring what it would look like to teach a class on the intersection of faith and sexuality.

I ultimately taught this class last fall and it was a great semester for all involved. We learned from one another and had open and honest conversations about sexuality and faith. I was a nervous wreck before the semester started. When I proposed the idea for this class, I didn’t know how it would be received by the administration. After they welcomed the idea, my anxiety turned to the students. I wondered if anyone would sign up for the class. Would anyone really want to spend time each week talking with the campus minister about the intersectionality of sex and faith?

I spoke with a colleague one day about my anxiety and he laughed, saying, “Why would you worry about that? You’re talking about sex. Students are going to be lining up to take your class!”

To my surprise, 15 students showed up on the first day of the semester: The class was full. I outlined what we would discuss and laid the groundwork for the class to be a safe place for sharing, questioning and learning. And while I don’t do this with my other courses, our first assignment was to create a class covenant for how we would operate throughout the semester.

Each week as we explored the topics and readings we found joy, insight, wisdom, developed more questions and had meaningful conversations. This class allowed students to engage with their peers, with the course materials and with their individual belief systems in a judgment-free space.

For some, it was the first time they’d heard a church leader talk about sex and sexuality in an open and honest way. Others were able to examine their sexuality alongside church doctrine and various belief systems. Throughout the semester, it became clear this class offered students time to explore how religious beliefs and communities shape experience and sexual identity.

At the end of the semester, one student said the course should be called “Sex education with God.” She said the class was just what she needed and “it was just how I wished the church would have been for me growing up.”

One thing became clear to those in the class: In large part, the church is not engaged in the crucial work of addressing sexuality and faith with young people. While it wasn’t a shock or even a disappointment to those in the class, the students did admit their lives and faith journeys might be different if they had these conversations in their faith communities at younger ages. Students admitted there were times they wished they had this level of engagement and education during their faith formation. It might not solve all the concerns or issues that arise in their lives, but it would be more affirming than the silence or harmful words they did receive about their bodies and bodily functions.

It was life-giving for them to realize there are communities of faith and church organizations that are invested in sexual education. They found comfort knowing there are places where church doctrine is body positive, sermons are uplifting in celebrations of sexuality and educational materials are developed to continue this work.

This got me thinking: Why is it that we have generations of young people who don’t know of these affirming theologies, who never hear the value of who they are and were created to be, who never get the opportunity to have these types of conversations? Why does the larger church shy away from talking about sex? What makes it so taboo for us?

Maybe it’s because sex is awkward and sexuality is layered. But by not addressing these uncomfortable topics, the church does a disservice to those it serves. Being open and honest about it can be freeing, healing and deeply spiritual.

Now, don’t get me wrong, it was not all rainbows and sunshine. There were moments of shock, heartbreak and pain during our discussions. We grieved how dark and manipulative the church can be when it comes to sexuality. There were acknowledgments of abuse. We held together the complexity of the human experience of sex and faith in our class, which is what the church should do for its people.

Consider this: When have you had a healthy conversation about sex or sexuality in your faith community? When was the last time you spoke with a young person in your congregation about sex? I don’t mean in the “don’t have it” style of conversation, but genuinely seeking to answer the awkward, curious or complex questions they may have.

I know I’m an outlier for the church — I serve as a college chaplain and have these conversations regularly with young people. 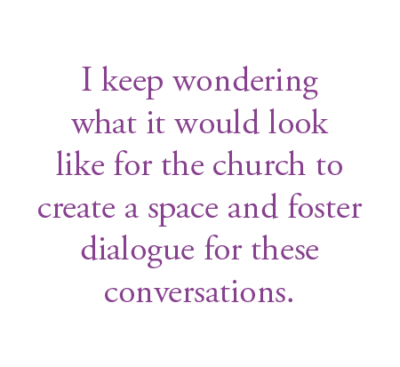 While some might think this is just a dream, I know it can be done and the results can be beautiful. Churches must be honest in these conversations and be open to learning along the way. There will be no one right or wrong way, it is a case-by-case situation for each community. Still, I’m convinced the church needs to engage in this work of creating a holistic image of personhood and affirmative sexuality.

The good news is there are congregations and communities active in this work and available resources. A Presbyterian Church (U.S.A.) curriculum called “God’s Gift of Sexuality” was produced in 1998, and although considered a little outdated, it has relevant information for us today. Through the Presbyterian Mission Agency, you can find links, resources and information about PC(USA) beliefs on sexuality. Another organization students found helpful was More Light Presbyterians. Their resource page has information on the history of sexuality in the church and educational links for various aspects of sexuality.

While it seems daunting, know you are not alone in engaging with the intersection of sex and faith. One of the things that makes Presbyterians unique is our appreciation of education. With this, and knowing we have resources available, it is time to begin the work. Being a church that says, “Let’s talk about sex,” will make it clear you are not afraid to address the complexities of humanity and are willing to engage in conversations about life’s important subjects.

When we started last fall, we knew there would be awkward moments. Early in the course, we discussed how language plays a role in what we say or don’t say about sex. We began with an exercise — I would say the biologically correct word for a body part or sexual action and students wrote down what society called them, what family language labeled them and what “street” or slang terms were used. 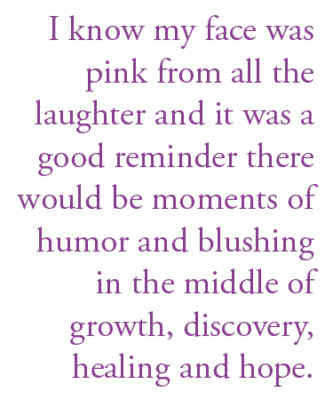 At first, students blushed as I would say the biological words for various sexual organs. But as time went on, they settled in and it didn’t seem as alarming. That was until we got to the sharing slang words and phrases for these various body parts. The entire class erupted in laughter as I listed off slang words for penis. They could not believe their chaplain was standing in front of them sharing all these words with them. I know my face was pink from all the laughter and it was a good reminder there would be moments of humor and blushing in the middle of growth, discovery, healing and hope.

You can begin by creating a safe space for conversations about sex and allowing people to wrestle with the intersection of faith and sexuality. It could be a freeing moment for both the church and those looking to the church for guidance.

So take a deep breath and go begin this awkward but rewarding work. When you do, you might just be the church someone needs today. 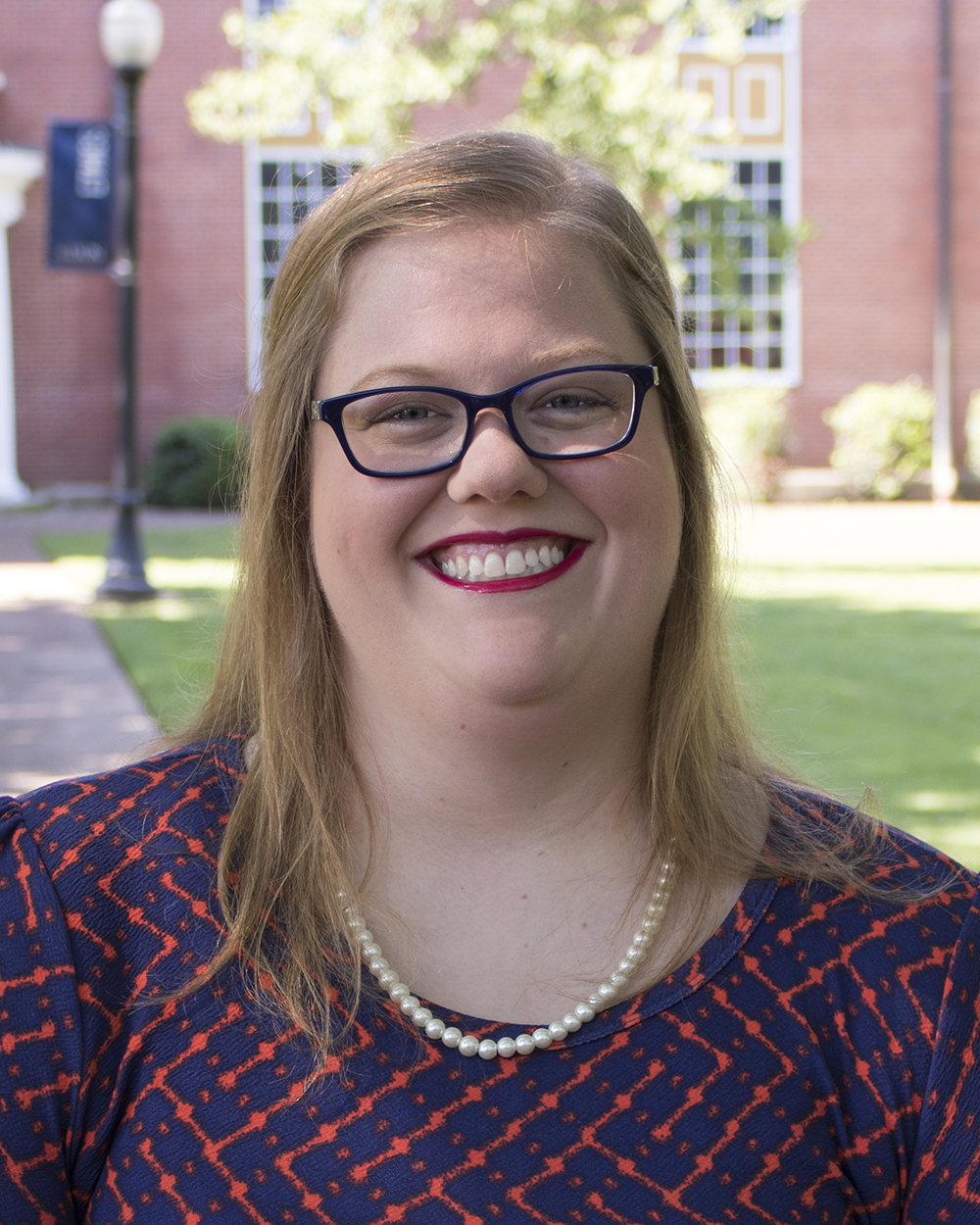 Maggie Alsup lives on iced coffee, believes that Disney movies are for all ages, is obsessed with hippos and loves living in the foothills of the Ozarks. She currently serves as the chaplain at Lyon College, in Batesville, Arkansas, where she helps empower and equip students for the life and ministry of the church universal.