Delegates of the General Conference of the United Methodist Church have voted down two proposals that would divest the denomination‘s funds from companies that did business in Israel.

The measures, which were defeated on Wednesday at the Tampa-based conference, were preceded by emotional lobbying by both sides of the Israeli-Palestinian conflict.

Mark Tooley, president of the Institute on Religion and Democracy and an attendee of the conference, told The Christian Post that the divestment “would encourage further conflict rather than peace.”

“The anti-Israel divestment campaign has not been going anywhere in the U.S. for a number of years now,” said Tooley.

“It’s important to remember that their cause is rejected by the mainstream across the political and theological spectrum, from conservative evangelicals to the Episcopal Church’s presiding bishop to President Obama.”

While the divestment proposals were defeated, a more neutral resolution calling for “positive investment” for development in the Palestinian Territories was approved by delegates.

“Positive investment is far more constructive and potentially actually would help people. Anti-Israel divestment merely hits Israel over the head without helping Palestinians or Israelis or furthering the cause of peace,” said Tooley.

The UMC Conference’s consideration for divestment was a vote that drew much attention from outside the mainline Protestant denomination. Approximately 1,200 American Rabbis signed a statement released around the time of the conference urging Christians to not divest from Israel, declaring that it was a “one-sided approach” to the ongoing conflict in the Holy Land. Palestinian Christians protested outside of the conference.

In a column published in the Tampa Bay Times the day before the vote, South African Archbishop Desmond Tutu argued that Israel’s actions were akin to the apartheid he resisted decades ago.

“[T]ime has come for…action to force an end to Israel’s long-standing occupation of Palestinian territory and refusal to extend equal rights to Palestinian citizens,” wrote Tutu.

“Many black South Africans have traveled to the occupied West Bank and have been appalled by Israeli roads built for Jewish settlers that West Bank Palestinians are denied access to, and by Jewish-only colonies built on Palestinian land in violation of international law.”

Tooley noted that “Africans, with about 30 percent of delegates, clearly were overwhelmingly against divestment. So they were key to defeating it.”

The UMC is only the most recent American Protestant denomination to reject a proposal to divest from Israel. The Evangelical Lutheran Church in America voted down divestment proposals in 2007 and 2011, respectively. While Presbyterian Church (USA) would approve divestment at its General Assembly in 2004, the measure was overturned two years later amid controversy.

Recently, Presiding Bishop Katharine Jefferts Schori of The Episcopal Church denounced the notion of divestment. Instead, she argued, churches should look to “invest in legitimate development in Palestine’s West Bank and in Gaza.”

“Rather than accepting defeat, pro-divestment forces, backed by international anti-Israel groups, keep repackaging their initiative,” said Tooley. “So I don’t think their cause is going anywhere but neither do I expect them to give up”

In June, at the 220th General Assembly of PC(USA), the largest Presbyterian denomination will consider the latest proposal for divestment from companies that do business in Israel. Tooley hopes the UMC vote “will help persuade Presbyterians not to try it again.” 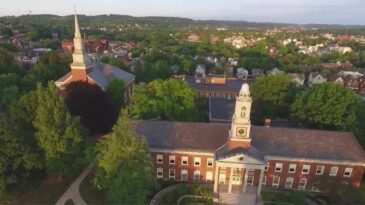