Guest commentary by Beth Brown (Click here to read a different perspective on this overture.)

When I first heard about and read the healing overture (050) that had been passed by the Presbytery of New York City, I was skeptical and not sure I would support it – despite the fact that it was aimed at healing on behalf of me and many of my dearest friends within this denomination, queer folk and straight allies. My reticence had to do with privilege. The harms done to queer people and their families and friends within our denomination have only come to light in the past 45 years, which is rather recent given the harms done to native people, black people, Latino people and women of all groups. I wasn’t sure it was “our turn” yet to seek reconciliation that insists upon the truth being told. After talking to others, though, I came to realize that each group that has been harmed by our church has the ability to ask for similar apologies and seek reconciliation in the ways that make sense to each group. Perhaps this overture, this articulation of asking for apologies in order to do the work of reconciliation, will pave the way for others who have been harmed. May it be so!

As is often the case when oppression has occurred, those who have participated in the oppression are worried that they will become the oppressed. They have good reason to fear this, as one of the destructive realities of oppression is that oppressed people often turn into oppressors. Right now in our denomination, those who worked to legislate the oppression of LGBTQ/QI (lesbian, gay, bisexual, transgender, queer, questioning and intersex) pastors and elders have expressed fears that the tables will be turned and they will be brought up on charges for violating the constitution of the PC(USA). Barbara Wheeler’s recent article speaks directly to this fear. Unfortunately, she misconstrues what the overture is actually asking for and the healing it seeks. When I first became an activist for equality, I did not understand why the LGBTQ/QI organizations were not bringing charges against the conservatives who were trying to remove us from the PC(USA) as though we were a cancer to be excised. In 45 years there has not been one instance of a queer person or ally bringing a case against a more conservative elder, pastor or member for being in violation of the Book of Order. That is not because there were no grounds! I was taught, patiently, that we had to practice a discipline of self-scrutiny in order to uphold the principles of nonviolence. The healing overture is not being brought in order to pave the way to oppress those who are on the opposite side. Quite the contrary, in fact. The overture is an attempt to tell the truth of the harms done in order to move toward reconciliation, which we cannot do as long as we ignore or deny or pretend it never happened.

Last April, That All May Freely Serve sponsored a retreat called “Rock Stars and Prophets: Generations of Justice and Love in the PC(USA).” More than 70 people gathered at Stony Point Conference Center (with amazing hospitality provided by Rick and Kitty Ufford-Chase and the staff) to share stories of the generations in the PC(USA) who have been doing this work. Many of the early rock stars and prophets are dead, but many are still living and for four days we heard some of the most painful and heart-wrenching and powerful stories you could imagine. I invite you to listen to some of them. These are people who are resilient and wise and deeply faithful to the gospel of Jesus Christ. Listening to their stories and sharing my own, I was aware of hearing about some of the best parts and worst parts of our denomination. We have lost lives to suicide, we have let people die alone because the church refused to love and care for them, we have fueled a hatred that has made some “good” church people call and issue death threats against people who could not deny who they were as God’s beloved queer children, and we have altered the financial futures of LGBTQ/QI pastors. And I am barely scratching the surface of the harms done.

If the healing overture is not targeting any specific group (which it is not), is not for the purpose of creating the ability to bring judicial action against a group (which it is not), is not for the purpose of declaring a belief or beliefs sinful (which it is not, contrary to Barbara Wheeler’s recent assertion), what on earth could be the harm in it? The healing overture is asking our denomination to acknowledge and tell the truth about the harms done. Who would protest this? Who would not want to do this? The focus of the overture is on the teachings and the actions that have harmed us. It says nothing about individual or personal beliefs. The path to reconciliation is not through denial or self-protection. If there is any person who still claims to know the absolute truth so much so that any harm done is and has been justified, I hope that person will consider moving membership to another denomination. That is not what it means to be presbyterian. Many of us were taught to apologize only if we mean it. To mean it, we must believe the harms were done and we must be sorry for the suffering of the other person or persons. If you are one of the large group of minority of people in our denomination that Barbara Wheeler refers to in her article, you are at a crossroads. Do you believe the stories of people like me who have experienced harm at the hands of our denomination? If so, can you relate to my humanity in such a way that you are sorry for my suffering? That would suffice. If you don’t believe me or so many people who have been harmed far worse than me, you have some work to do just as I have more work to do to forgive. May God help us all so we can become the best of what it means to be presbyterian and followers of Jesus Christ.

BETH BROWN has been ordained for almost 25 years and has specialized in transitional ministry, mediation and spiritual direction.  Beth is currently serving as pastor for Lincoln Park Presbyterian Church in Chicago.  She has two young adult daughters, Emily and Anna. 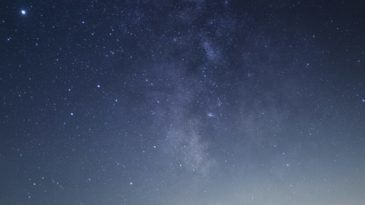 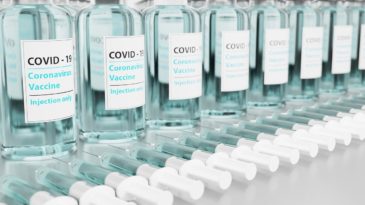