Dystopian novels come in a variety of flavors (SciFi, YA and Canadian come to mind), but have you sampled Amish? It’s a bit like bacon ice cream, this Amish dystopian fiction. While it may not have been your first thought, the idea has merit. After all, aside from preppers, who is better equipped to carry on if the electricity grid were to go down? Without power, most technology becomes useless.

In “When the English Fall,” David Williams chronicles such a cataclysm through the eyes of a young Amish man. Living in the Lancaster, Pennsylvania, area, Jacob supports his family by doing carpentry as well as farming and drying meat. He encounters the English (as the Amish call the non-Amish) when they order his custom-made furniture. The book is Jacob’s journal. A note on the first page suggests that survivors have found the journal at some point in the future.

Jacob’s religious sensibilities are the most unique aspect of the book. Through his journal entries we come to know Jacob as a man who thinks deeply, guards against pride, cultivates gratitude and has a profound sense of community. In the pages of the diary we also meet Jacob’s wife, Hannah, and their children, Sadie and Jacob. Sadie is a central figure. She is either an epileptic or a soothsayer, suffering convulsions which frighten and exhaust her parents, but which also bring her visions of the future.

One sultry night heavenly apparitions light the skies. Jacob records the events in his typically understated way: “So beautiful. But terrible. What was this? Angels? It was not as I would have thought. So bright and silent. I do not know. I do not yet know. Hannah came, and Jacob, and we watched together, as the wings of angels lit the skies, and the earth glowed under the warm light.”

This is the event that brings down the grid worldwide. Sadie interprets it for her family, and later her community, when she says, simply, “The English fall.” Afterward, her spells decrease in frequency and severity but the sense of portent does not. “It’s going to be so hard,” she warns. I eagerly turned the pages to find out how Sadie’s visions would come to pass. But, as is typical of other dystopian fiction, this Amish genre evades the final answers. The literary construct of a journal provides an escape mechanism, for is any journal ever finished?

Whether or not you’re surprised by the actions of these deeply religious people, this novel will stir your imagination. A discussion based on this book is likely to be lively, touching on root issues such as the role of community, technology and money, as well as violence, forgiveness and revenge. Because the novel features plain folk, the language and story are simple, deceptively so. But make no mistake, it will cause you to consider some complicated topics, such as whether or not the providence of God will be enough once the grid goes down.

RUTH EVERHART is pastor of Hermon Presbyterian Church in Bethesda, Maryland, and the author of “Ruined” and “Chasing the Divine in the Holy Land.” 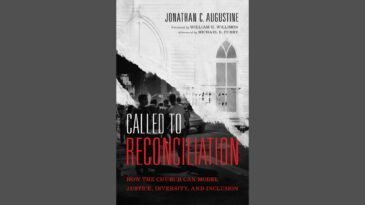