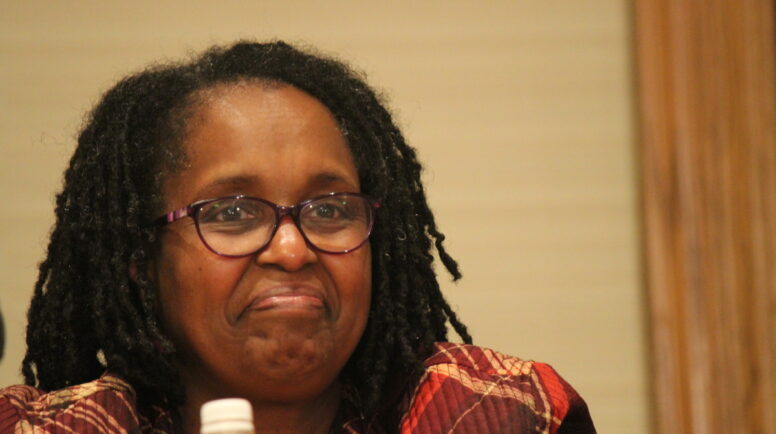 ST. LOUIS – In late September, the World Communion of Reformed Churches convened a mediation session to try to ease the rancor and build a less fractured relationship between the Presbyterian Church (U.S.A.) and ECO: A Covenant Order of Evangelical Presbyterians.

At the heart of that difficult relationship: the reality that the PC(USA) has dismissed 303 congregations to ECO representing 121,383 members, over the last five years, including some of the largest churches in the denomination. Those departures to ECO represent just over half (52 percent) of all the dismissals during that time period; another 43 percent went to the Evangelical Presbyterian Church. And other congregations left without waiting to be formally dismissed by their presbyteries.

Many of those departures came after the PC(USA) voted to allow its ministers to perform same-sex marriages and to allow gay and lesbian pastors with partners to serve PC(USA) churches.

Some of those departures have been relatively peaceful, others deeply contentious, involving litigation over property and the splitting of congregations.

In 2014, the World Communion of Reformed Churches decided to allow ECO, then a newly-formed denomination, to join the communion, after ECO applied for membership and the Christian Reformed Church in North America and the Evangelical Presbyterian Church endorsed that admission, “without any consultation with the PC(USA),” said Robina Winbush, an associate stated clerk for the Office of the General Assembly and director of ecumenical and agency relations. The PC(USA) had asked that any decision about admitting ECO to the communion wait until this year, concerned about the impact that decision might have on congregations considering leaving the PC(USA), she said.

The mediation session in September was held in Chicago Sept. 27-28. At the end, leaders from ECO and the PC(USA) agreed that in the future, discussions about possible departures would be conducted ECO presbytery-to- PC(USA) presbytery – not between ECO and individual PC(USA) congregations – and that “as much as possible we covenanted to tell the truth” about each other, Winbush said.

Another point of the agreement: when congregations want to leave, ECO and the PC(USA) would try to negotiate the terms presbytery-to-presbytery rather than turning to lawsuits. When previous departures resulted in litigation, often over property, “none of us felt good about that, and did not believe that glorified God,” Winbush said.

She described the outcome of September’s mediation as a “memorandum of understanding,” not a formal ecumenical agreement.

Representing the PC(USA) at the mediation were Winbush; J. Herbert Nelson, the denomination’s stated clerk; and Laurie Griffith, an assistant stated clerk and the Office of the General Assembly’s associate director for constitutional interpretation.

The three described the outcome of the mediation during a session Oct. 15 at the Mid Council Leaders Gathering in St. Louis. Nelson thanked the mid council leaders for raising the issue of departing churches with him a year ago at the Fall Polity Conference (as the mid council gathering then was known). He said the pace of the departures seems to have slowed over the past year, but “even as we speak tonight there are court cases that are pending.”

Nelson also said PC(USA) mid councils – particularly committees on ministry – need to be more vigilant in examining pastors who had served congregations that left and who are now moving to a new presbytery. “We have to strengthen on the ground our gatekeeping system,” so those pastors don’t seek to serve other churches and then lead those congregations out too, Nelson said. As presbyteries examine those ministers, they need to “at least put on the table a commitment not to take a congregation out.”

The PC(USA) also had raised concerns with the communion over ECO’s practice of sometimes accepting a congregation as an ECO member before the PC(USA) presbytery of which that congregation was a part had formally dismissed the presbytery.

One piece of that: in the two denominations, “we have two very different understandings of ecclesiology,” Winbush said. “For the PC(USA), the locus of mission is the presbytery,” carried out through congregations. ECO has a different understanding – seeing congregations as the locus of ministry, and “presbyteries as a voluntary association of support.”

Another point of conversation: what ECO described as “refugee congregations” that felt separated from their presbyteries and which ECO felt it needed to receive quickly, as a pastoral response, she said.

Mid council leaders grew restive with disagreement as she said that, with someone shouting “No!”

She said later that ECO leaders explained that they had sometimes been approached by congregations that said: “The PC(USA) presbytery is just being so unfair and so unjust. Therefore we have to receive them.” The PC(USA)’s response: Before that happens, ECO needs to engage with the PC(USA) presbytery that’s involved.

The pain of these departures was palpable in the room.

Winbush said Chris Ferguson, the general secretary of World Communion of Reformed Churches leaders, was aware of the concern and last March had met with Nelson and other PC(USA) representatives “to hear the stories,” a meeting that included leaders from some of the presbyteries most deeply affected by the departures.

Ferguson also met with Dana Allin, ECO’s synod executive, and after that reported back the communion’s desire to conduct a mediation between ECO and the PC(USA).

As a result of that mediation, both parties have committed as much as possible to “tell the whole truth about one another and not a partial truth,” Winbush said.

When the time came for questions, mid council leaders lined up at the microphones.

One person asked: What about property? Was it the understanding in the mediation that if a congregation leaves the PC(USA), the property stays with the presbytery?

A congregation can renounce the PC(USA)’s jurisdiction, “but they are not allowed to take whatever properties, whether it’s real or not, with them,” Griffith said.

The stories of litigation and conflict were part of the mediation – “the first day was made up of sharing stories,” Griffith said. “They were painful stories.”

But she said she’s also heard presbytery leaders speak of rebirth – that “we are doing a new thing” following the departures. “There was actually a lot of hope” that she did not expect.

Ruth Clendenin, stated clerk of Palo Duro Presbytery, said her presbytery in the panhandle of Texas has lost about half of its membership over the last six years, much of that due to church departures. One community lost three of its four PC(USA) congregations to ECO, with those churches “pushing and bullying their way out.”

After a period of discernment, the presbytery dismissed those congregations “graciously, reluctantly and tearfully,” Clendenin said. Then “they turned around and launched a newspaper ad campaign,” calling the remaining PC(USA) congregation apostate and telling people “you should come to us, the true church.”

Clendenin also offered a word of hope. Despite those difficulties, Palo Duro later worked with ECO to provide permission for a PC(USA) minister to serve a small ECO congregation as pulpit supply — one of the three that had left, with whom that pastor already had a connection. “We have forged ahead to try to be reconciling,” Clendenin said. Representatives from both denominations worked together to provide a congregation with pastoral leadership – “so there’s light.”

The pain and mistrust, however, endure as well.

Joey Lee, the executive presbyter of the Presbytery of San Jose, said his family came to the United States as refugees, and “I’m offended” that ECO would describe some congregations trying to leave the PC(USA) as “refugee congregations” – Lee said that usage “belittles the experience.”

Winbush said the general secretary of the World Communion made the same point.

Winbush acknowledged the ongoing pain of these fissures – and Nelson recognized the possibility that even with the new mediated understandings, the conflict may not be finished. Nelson said he left the mediation feeling better than when he arrived, but not “with the certainty we will not have to deal with some of these issues again. … I do not know what the future is. I know what our agreement is today.”