The Presbyterian Historical Society (PHS), the national archives of the PC(USA), is one of the consortium’s 11 collecting groups. The project was one of 14 recommended for funding in 2017 out of 118 applicants.

The $385,000 grant award enables the consortium to digitize and share online more than 41,000 pages of records from the years 1708 to 1870, including baptismal, marriage, bar mitzvah and burial information. 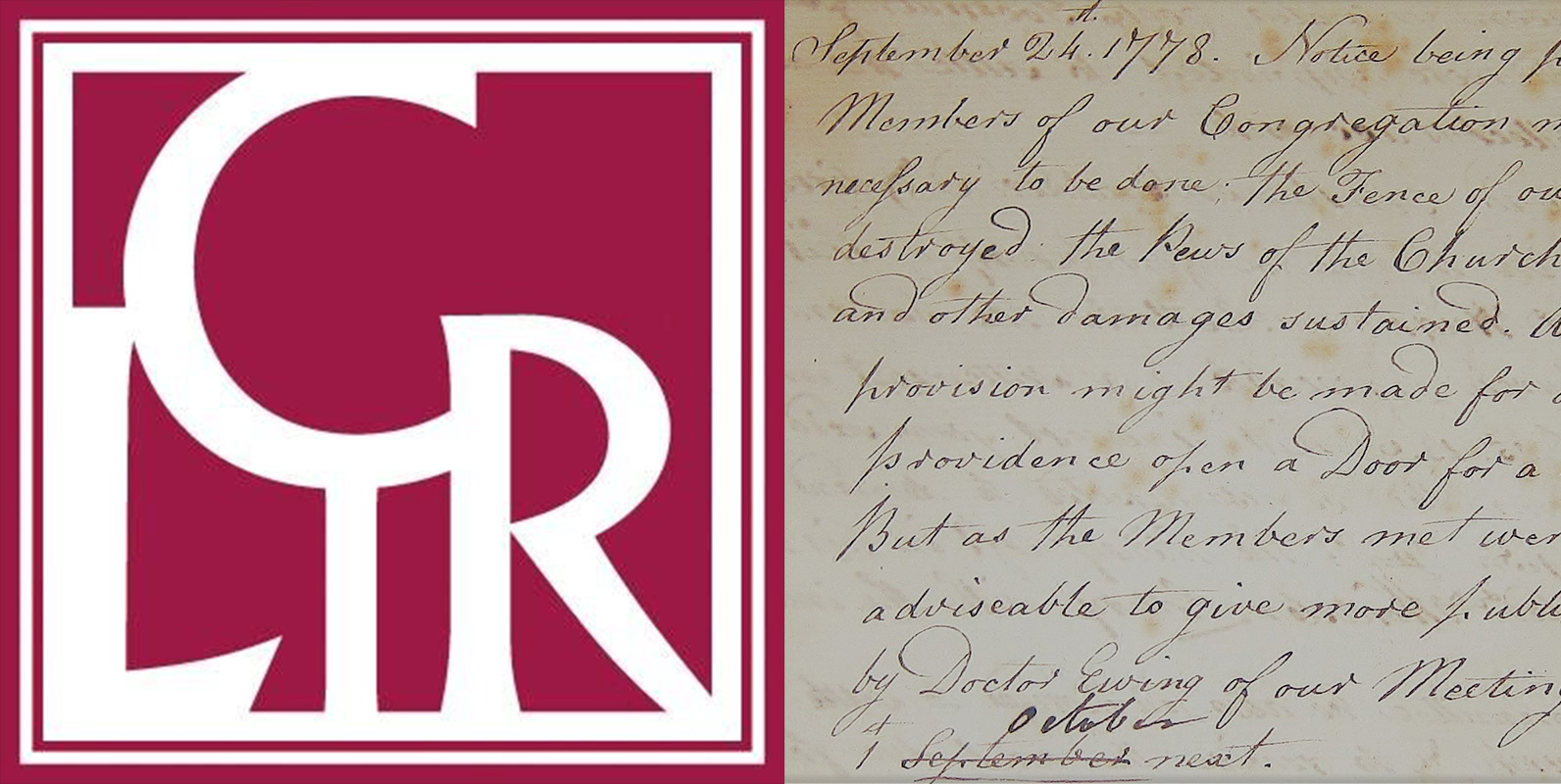 “Carol Smith, the archivist at the Episcopal Christ Church, led the grant effort,” Ms. Taylor said. “All of the participating institutions are excited to digitize records created by people from diverse religious backgrounds who lived in a key city during the colonial and revolutionary eras.”

“Early records of Philadelphia’s First, Second, and Third Presbyterian churches are among those that will be available online,” Taylor added. “The 7,000 pages of Presbyterian materials will include meeting minutes, pew rent records, burial records and manuscript sermons by two influential pastors and educators: Gilbert Tennent and Francis Alison.”

Settled by William Penn in 1681 as a center for religious freedom, Philadelphia provided refuge for newcomers of many faiths into the 18th and 19th centuries. The consortium’s application calls for the creation of a “unified database” that will allow scholars to “better understand how people of various faiths worked together in early America to found, debate and support the significant religious institutions that stand today.”

“The PC(USA) and its predecessors denominations have led ecumenical efforts for more than three hundred years,” Rev. Hessel said. “PHS is honored to build on that legacy through this grant and to seek out further collaborative opportunities with denominational and ecumenical organizations that lift all of us up to greater effectiveness in our ministries.”

In addition to Christ Church and First, Second, and Third Presbyterian Churches, the project’s records originate from the congregations of Mikveh Israel, St. George’s, St. Thomas African Episcopal, St. Peter’s, and Gloria Dei. Records from First Baptist Church are held at the American Baptist Historical Society and records from St. Paul’s at the Episcopal Diocesan Archives. PHS stores historical records not only for Pennsylvania churches, but for PC(USA) congregations and mid councils from all 50 states, Puerto Rico, and the District of Columbia.

Beginning in 2020, researchers will be able to access the CLIR project’s digitized materials through free online portals, including the Internet Archive, Digital Public Library of America, and the Philadelphia Area Consortium of Special Collection Libraries. PHS’s digital online archives, Pearl, is currently available to researchers interested in Presbyterian history.