“Planetary Solidarity” is a rich collection of provocative essays by an ecumenical group of notable female theologians from around the globe. Those interested in deeply exploring environmental justice and climate change and the particular impact these have on women and what women are doing and saying about it will find a wealth of resources here.

The book is the third in a series of edited works on theology, gender and justice. Grace Ji-Sun Kim collaborated with Jenny Daggers on the first two: “Reimagining with Christian Doctrines” and “Christian Doctrines for Global Gender Justice.” Many essays in this volume respond to Pope Francis’ 2015 encyclical on the environment (“Laudato Sí”) and ask pointed queries of the encyclical, pushing beyond its parameters to pose new questions, encourage further inquiry and catalyze faithful action. Contributors explore the encyclical’s analysis of gender issues regarding climate change, with many finding it lacking.

Women, especially poor women, are particularly impacted by environmental injustice created through international greed and by human failure. In the midst of the current moral, ethical, theological and environmental crisis, the book aims to aid readers toward “feminist doctrinal reimagining.” Contributors confront operative theological frames, evident in “Laudato Sí” and elsewhere, that are human-centered (and specifically male-centered), calling for metanoic conversion that places all of life and the whole of creation at the center of theological inquiry. The encyclical’s image of creation as a marginalized and violated woman and humans as lord and master is questioned. Authors express disappointment that Francis only partially reimagined the status quo.

Contributors call for greater intersectionality and increased synergy between those working for gender and for ecological justice, of which women make up the vast majority. Hence, the views, voices and experiences of women must gain priority. Authors encourage the development of new models of relationship with God, emphasizing Jesus’ self-emptying on the cross and acknowledging the reality of human dependence, interdependence and fragility.

Case studies from diverse contexts lend nuance. In the ecological laboratory of Iceland, the climate is changing more rapidly than the rest of the planet while the government permits the building of large-scale industrial plants and increased offshore drilling. On the Standing Rock Reservation in the Dakotas, Native American water protectors and their allies continue to stand for life and the planet, despite government pushback, the growth of environmental problems caused by fracking and damage by a recent oil spill, as domestic violence, human trafficking, addictions and poverty rise exponentially. And severe drought has driven people off the land and into cities in Zimbabwe, leaving people marginalized, cut off from community and lacking adequate resources.

Readers will receive these essays through individual cultural and theological lenses, and may encounter unfamiliar – and perhaps disorienting – theological ideas. And, this generous volume, which is hopeful despite the multiple crises outlined, is worth your effort. This book can help confront what is and work toward a more just future. I highly recommend it.

Cynthia Holder Rich serves on the faculty of theology at Tumaini University Makumira in Arusha, Tanzania, and is the founder and director of ecclesio.com. 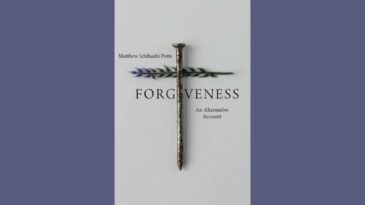 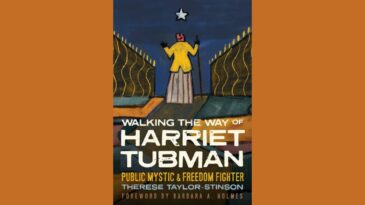