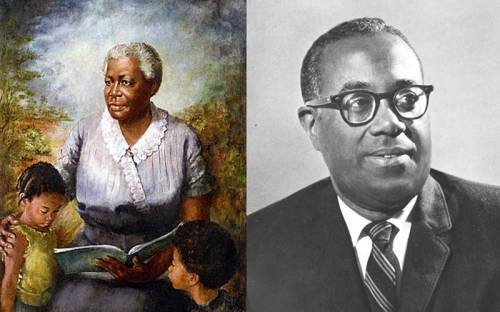 Left: Lucy Craft Laney’s portrait is displayed at the Georgia State Capitol. Right: The Rev. Edler Hawkins was the first African-American male moderator of the United Presbyterian Church in the United States of America.

(PNS) African-Americans have played a pivotal role in American church history. Many may be familiar with Richard Allen and Absalom Jones, the founders of what is now known as the African Methodist Episcopal Church, which was established in Philadelphia in 1792. Less known but equally as important to the Presbyterian denomination was the Rev. John Gloucester, who founded the First African Presbyterian Church in Philadelphia in 1807.

The Presbyterian Church has a rich history of bold, courageous and gifted African-Americans who contributed and continue to contribute to the advancement of the denomination. During this celebration of Black History Month, we stop to recognize some of these leaders who made a profound impact on the Church.

Gloucester was authorized to preach the Presbyterian faith “to the Africans.” And, as early as 1807, the Presbytery of the Union Synod of Tennessee recommended to the General Assembly in Lexington, Kentucky, that a “slave should be licensed to preach among colored people.”

Like Gloucester, elder Lucy Craft Laney was another first in the Presbyterian denomination. Laney founded the Haines Institute in Augusta, Georgia, in 1883 and served as its principal until 1933. Laney, who was born during the time of slavery, was never a slave because her parents purchased their freedom 20 years before her birth. At age 4, Laney could read and write, and by age 12, she could translate difficult passages in Latin. After graduating from Atlanta University (now known as Clark Atlanta University) as a part of the teacher’s training department, Laney started her own school in the basement of Christ Presbyterian Church in Augusta, Georgia.

In 1886, Laney appealed to the General Assembly of the Northern Presbyterian Church in Minneapolis for funding for her school. Laney only received money to pay her fare to return home. However, she gained the confidence of Francine E.H. Haines, who became a lifetime benefactor and for whom her school was named.

Laney was one of the first three African-Americans to have their portraits hung in the Georgia State Capitol. Laney’s portrait bears tribute to “the mother of the children of the people,” a woman who knew that “God didn’t use any different dirt to make me than the first lady of the land.”

On Feb. 20, the Presbyterian Church (U.S.A.) will celebrate Black History Month with a special chapel service in Louisville. “We will be celebrating the joy that is black culture and uplifting the resilience of our people,” said the Rev. Shanea Leonard, associate for Gender and Racial Justice, who will serve as the preacher for the morning worship service. 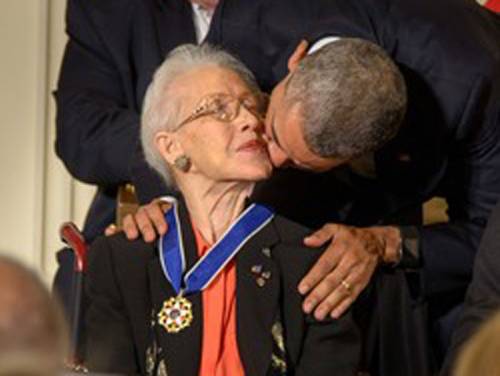 Leonard said she hopes the service will lead to attendees “understanding that being in communion with black people is more than an idealized goal of racialized agendas but actually about the communion of one with another and the idea of living into a Matthew 25 church,” she said.

“This service,” she continued, “will not focus on the pain of slavery but the triumph of what it means to be black in America — so not just God of the oppressed, as our dear brother James Cone reminds us, but God of the gifted, God of the jubilant, God of the intelligent, God of the resilient, God of those who embody the intangible spirit of blackness wholly and unapologetically. This service will remind those in attendance that being a person of faith, a Christian, beckons us to be a people called to celebrate the other as part of the whole that makes up the body of Christ. True to our God who loves us and true to our native land, or our culture that shapes our unique experience.”

Leonard, along with the Revs. Denise Anderson, coordinator for racial and intercultural justice, and Alonzo Johnson, coordinator for Self-Development of People, are the planning team for the special service. Anderson became a part of the history of the denomination when she became the first African-American co-moderator of the 222nd General Assembly (2016).

The Rev. Edler Hawkins was the first African-American male moderator of the United Presbyterian Church in the United States of America. After being labeled as a “troublemaker” and communist, Hawkins lost his bid for moderator at the 1960 General Assembly. Reaffirming the church’s quest for a “non-segregated church and a non-segregated society,” he was elected moderator at the 1964 General Assembly. The 1976 General Assembly elected Dr. Thelma C.D. Adair as its first African-American female moderator. She was a Presbyterian educator; church leader; advocate for human rights, peace and justice issues; writer; guest speaker; educator and activist.

Perhaps one of the most popular African-American Presbyterians is elder Katherine Johnson, the mathematician featured in the book and 2016 hit movie “Hidden Figures.” Johnson was the brains behind one of the greatest operations in history: the launch of astronaut John Glenn into orbit. She was also the first African-American woman to receive the Presidential Medal of Freedom.