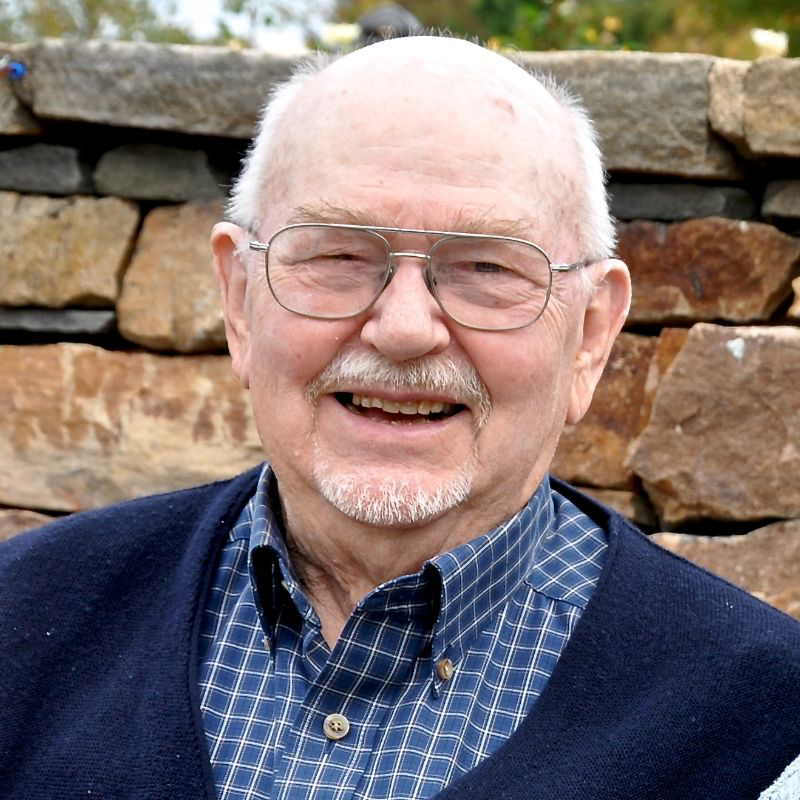 It is a privilege to be in the grateful company of many who are celebrating the fruitful ministry of James Hutchinson Smylie (1925-2019), teacher and scholar for the church in the field of church history. Specializing in American church history and American Presbyterianism, James Smylie served God by serving ministerial students, pastors, congregations, his denomination and his academic guild with remarkable effectiveness and energy.

As I matriculated at Union Theological Seminary in Richmond, Virginia, in 1965, he soon became a loving and demanding mentor who abided with me from my early adulthood into my older adulthood. He liked to joke that we were providentially bonded by geography. He had been born in the manse of Second Presbyterian Church in Huntington, West Virginia, my hometown; I had gone under care for the ministry at a presbytery meeting held in his father’s old church.

The home of Elizabeth and Jim Smylie was a place of hospitality for my wife Rebecca and me, and for many other seminarians. We helped nurture their precious children, Mark, Beth and Cathy.

When James Smylie and Ross Mackenzie encouraged me to undertake graduate studies, I served as a teaching assistant for both revered advisers. Smylie supervised my master’s thesis and doctoral dissertation. When I was called to my first parish, Jim preached the installation sermon. Over three decades later, he struggled heroically to attend my inauguration at Louisville Seminary.

Throughout my four pastorates, James Smylie fostered my teaching and publications, and invited me to join him in producing a book commemorating 150 years of Presbyterians in global mission.  That was Smylie’s ongoing way with numerous students across the years of his abiding ministry with us.  Grounded in parish ministry, he possessed a pastoral knack for matching writing assignments and publishing possibilities with our special commitments and gifts. When I returned to Union from a summer internship at the East Harlem Protestant Parish, he asked me to write a term paper on the church’s prophetic ministry in city life. When my friend Charles Davidson was growing into an outstanding student preacher, Smylie encouraged his master’s thesis and a resulting article on George Arthur Buttrick, a preeminent 20thcentury homilitician.

Smylie thrived on fellowship. His students especially recall how he cherished a non-duplicatable campus ritual. On his daily rounds and encounters, he usually opened each conversation with a joke or a pun, and with a helpful comment (or mini-lecture) on a current event. Behind his back, we spoke fondly of “Smylie jokes” — ones that were so terrible, they were actually funny.

James Smylie’s calling as church historian was influenced considerably by Lefferts A. Loetscher (1904-1981), a distinguished mentor who taught American church history for 33 years at Princeton Theological Seminary. Under Loetscher’s supervision Smylie authored a doctoral dissertation in 1958, titled “American Clergymen and the Constitution of the United States of America, 1780-1796.” Loetscher commended the work for its revelation of “the role of the clergy in securing the adoption of the Constitution.” Smylie had concluded: “In supporting the constitution, clergymen believed that they were giving approval to a government which would guarantee the law, and administer justice for the public good.” The groundbreaking dissertation undergirded subsequent decades of Smylie’s work on the generation of the American Revolution, the generation of the Constitution, church-state relations, human rights and the impact of Presbyterian theology on American political thought and institutions.

Other focal points in James Smylie’s courses and publications were African-American studies, the church’s worldwide mission and evangelism, the church’s multiple ministries in education, nurture and pastoral care and the church as an instrument of reconciliation, justice and mercy. These emphases were at the heart of his inaugural address as Union’s Professor of American Church History in 1968.

James Smylie’s courses, lectures, seminars and publications contained a prophetic tone and a vision of the church historian’s responsibility to help make sense out of complex moral, social and political crosscurrents. A speech authored by Smylie and given by Senator Hubert H. Humphrey at a Washington, D.C., seminar in 1976 illustrated his passion to interpret the times, as Karl Barth once remarked, with the Bible in the one hand and the newspaper in the other. Smylie’s travel seminars to Appalachia, Washington, D. C., and the United Nations also illustrated this characteristic. His bibliography is laced with challenging insights on crucial issues and watershed events such as nationalism, McCarthyism, racial justice, violence in America and abroad, the Christian conscience and just war arguments, the Vietnam War, the witness of Martin Luther King Jr., ecological matters, capital punishment, the contributions and rights of women, poverty, the nuclear dilemma, Watergate, the quincentennial of Columbus’ encounter with the Western Hemisphere and the dedication of the U.S. Holocaust Museum.

His professorial pilgrimage also focused on biography, presidential piety, the ecumenical movement (especially Protestant-Roman Catholic relations) and Christ themes in literature. Moreover, he displayed career-long dedication for making the lessons of history available to grassroots congregations. This was seen in his publications for parish education and in his enthusiasm for the pictorial. In providing a guided tour through Union Seminary’s intricate history, he utilized the perspective of a “family photo album.” His “Presbyterian History in Stained Glass” offered a captivating account of how “American Presbyterian and Reformed history is alive in the light and color of stained glass and windows found in churches and institutions across the land.” His popular volume,“American Presbyterians: A Pictorial History,” was filled with fascinating photographs and brief commentaries and captions geared toward lay readers.

Smylie also demonstrated extraordinary familiarity with the vast bibliographical resources in his field. His bibliographical essays on the American bicentennial, on Appalachian studies and in Lefferts Loetscher’s volume on Archibald Alexander and the origins of Princeton Theological Seminarywere splendid examples of his gift of making sense of immense and intricate academic materials. His work and demeanor revealed an encyclopedic bibliographical mind. When nearing the final stages of their term papers, Professor Smylie’s students went out of their way to avoid bumping into him. A chance encounter frequently resulted in his ticking off several more volumes and articles for an unfortunate student to peruse before turning in a paper!

In 1996, the year of his retirement as Union’s Ernest Trice Thompson Professor of Church History, = Smylie updated Lefferts Loetscher’s “A Brief History of the Presbyterians,”published in 1934, and revised twice before his death in 1981. Smylie dedicated the volume to Loetscher and to Elizabeth Roblee Smylie, his beloved wife of 67 years. Smylie’s faithful stewardship as editor of American Presbyterians: Journal of Presbyterian History, from 1968 to 1996, is perhaps the most impressive example of the breadth and depth of his knowledge of the resources in the field of American Presbyterianism.

All who knew and loved James Smylie were inevitably fed by his deep and winsome Christian faith as evidenced by his book, “Between Warm-Up and Worship: Prayers for Choirs on the Run.” As he once confessed: “When I received my graduate degree, I was admonished to use all of my education to bring every thought into captivity to Christ. … That challenge has been part of my piety ever since.” 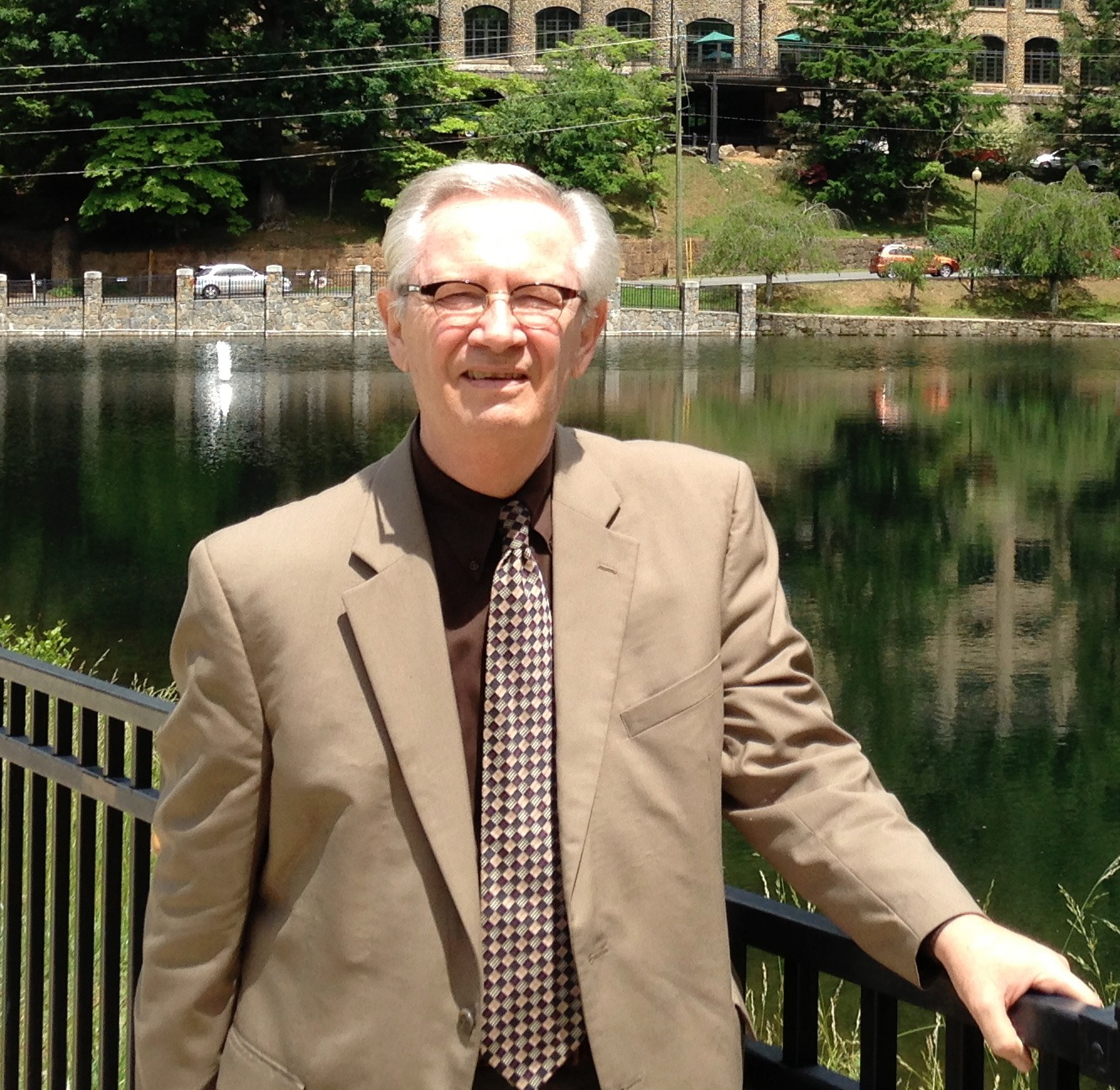 DEAN THOMPSON is president and professor of ministry emeritus at Louisville Presbyterian Theological Seminary, and co-editor of “Mentoring: Biblical, Theological, and Practical Perspectives.”