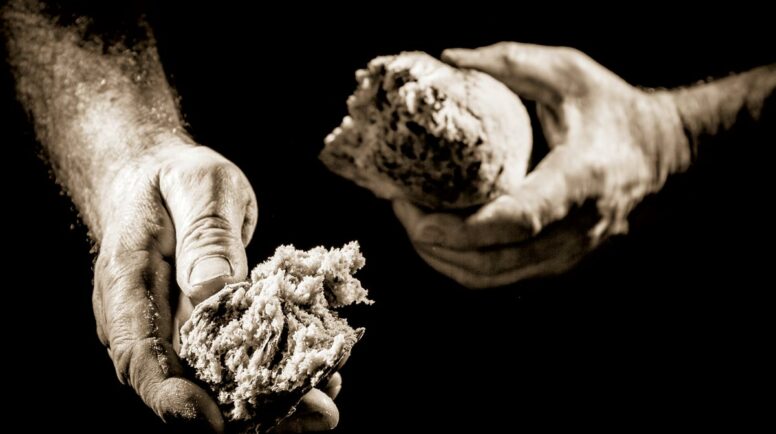 Headed back home we were, after a day of strange reports and rumors.
Some of the women had gone early to wash and wrap the body, but came
running back claiming they had been met by angels, told that the Lord
was still alive. Cleopas and I were skeptical, knowing all that loss and
shock can do to people’s minds at times like these. Anyway as we walked
along – only a permitted Sabbath journey – we were overtaken by a
stranger who joined us on our way. “Why so sad?” he asked. So we told
him of our grief and fear, all that had happened in the city. The stranger
knew his Torah and led us to a whole new understanding of the master’s
death. It was getting dark, so we invited our new friend to join us at a
wayside inn. Then, at the table over supper, he took the loaf, tore it open
in that certain way the Master had, and vanished. So here we are now,
come racing back with fire in our hearts to tell you all that we have seen
and heard. Jesus is not dead! We sat at table with the Lord. Look for him
in the breaking of the bread. 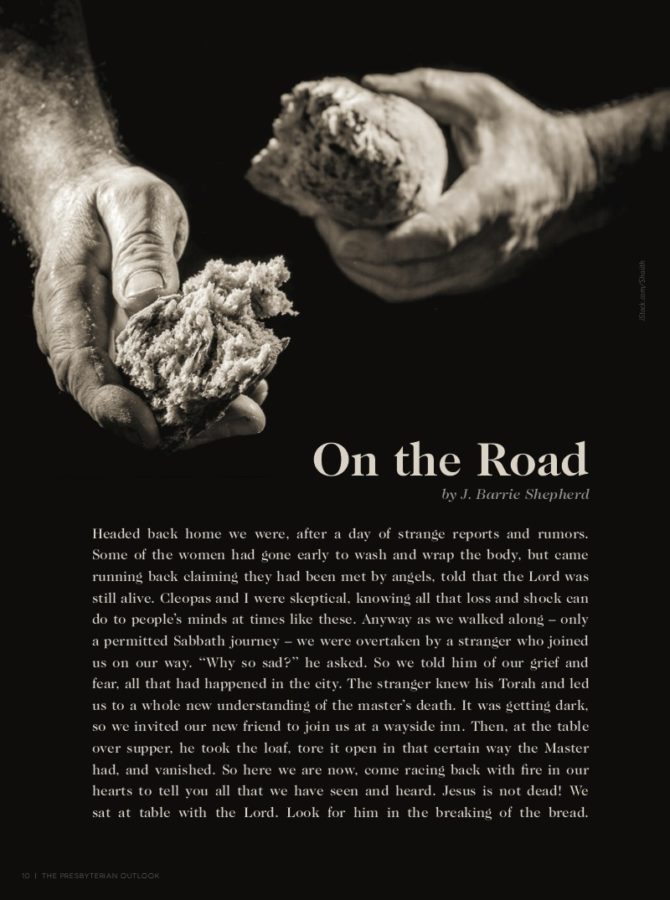 J. Barrie Shepherd is an award-winning poet and an honorably retired PC(USA) pastor, the author of many books.