LOUISVILLE (PNS) — Where does your congregation see itself in 20 years?

Chances are, an answer to that question doesn’t come quickly. After all, discernment takes time and thought. And sometimes, difficult circumstances must be acknowledged and tough decisions have to be made. 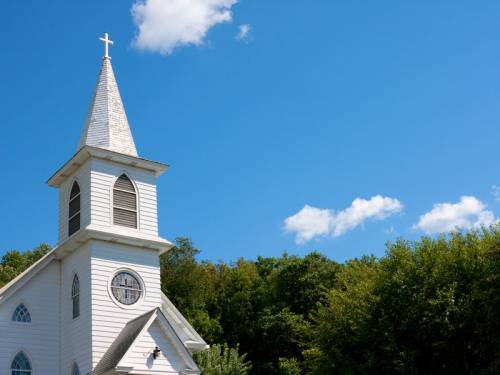 Small Church Forums, sponsored by the Presbyterian Foundation, are designed to help small churches identify who they are and where they’re going. (Contributed photograph)

Rev. Meg Flannagan, the pastor at the Presbyterian Church at Sweet Hollow in Melville, N.Y., has been working with her congregation on discerning who it is and where it’s going. Flannagan has served at the church for four years and she and the congregation have done “a lot of work” in that time, she said.

She describes the church as being “between times” with diminishing resources, time and people. But the work it was doing simply wasn’t enough.

In January 2019, Small Church Forum started working with Sweet Hollow and a dozen churches in the Presbytery of Long Island. Members from about one-third of the Presbytery’s churches are attending, Flannagan said.

Small Church Forums are a free resource provided by the Presbyterian Foundation to “assist congregations that might be struggling to think through their current reality and what some possibilities might be,” explained Paul Grier, Vice President of Project Regeneration with the Presbyterian Foundation. Some of those possibilities include reinvention, merger or dissolution.

At the four forums, Foundation staff help congregations look at the context within which they operate and the reality of it, some of which is hard to face. (If you want to find out about small church forums near you, contact your Ministry Relations Officer, which you can find here.)

“We’re a resource,” he said. “We have no authority, we’re not threatening, we’re a safe place.”

A foundation for discussion

The forums start with an overview of American Protestantism, Grier said. Recent data is shared so forum attendees can better understand what churches look like these days.

Some of that data is from the National Congregations Study conducted recently by Duke University. According to the study, seven percent of congregations nationwide have more than 400 members. Those churches attract half of all churchgoers.

That means 93 percent of congregations nationwide are fighting for half of the available marketplace of churchgoers. A small number of players are dominating the marketplace, Grier explained, and non-denominational mega churches continue to grow while smaller churches tend to shrink.

The forums then ask church members and leadership to put together data about their church, requiring them to look at financial metrics to foster candid conversation about congregational viability and future potential. 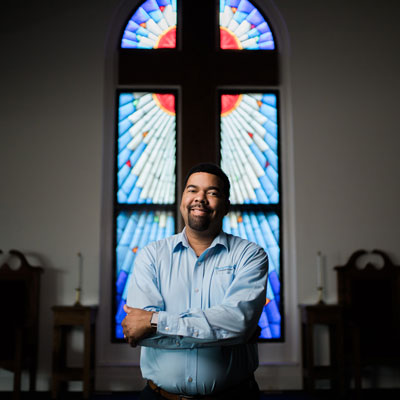 “At the forums we try to look at where churches go from here – closing, merging, reinventing. It takes a lot of work, and the financial health is a gateway to considering those options.”

New Hanover Presbyterian Church in Mechanicsville, Va., is still discerning its future. And its financial health plays a big part.

The church, which has been through many changes recently and currently has about 150 members – about half of whom attend worship regularly. The congregation worships in a 42,000-square-foot building that’s got maintenance needs and it owns 40 acres of property used by an area youth sports program.

The church is in the process of divesting much of the land. Its pastor, the Rev. Dr. Robert Johnson said that absent the huge building and its needs, the church is in good shape financially with generous, committed givers.

The congregation is interested in continuing to grow and prosper, he said, adding, “The people here love each other and love Jesus – perfect!”

It is participating in the Small Church Forums as a way to clarify and expand its thinking about its current situation, Johnson said.

“I think a lot of churches came to these forums with some real desperation, feeling like they were failures because what they are trying had not been working. The information and wide perspective Paul and Olanda brought were able to (at least) assure people that, no, you are not bad, not a failure and not disappointing Jesus.”

Carr and other Foundation staff who lead the forums place a great importance on relationship-building.

“From the first moment, we want the conversations to focus on the fact that we’re all Presbyterians. That’s what binds us. Paul attends a large steeple church, but I don’t. I bring personal experience, even if it’s not verbalized,” Carr said.

By the third and fourth session, Foundation staffers take a brief look at Tod Bolsinger’s book “Canoeing the Mountains,” about adapting to change. Some of that change may include using electronic giving, providing email newsletter and — dare we say it — offering contemporary worship services. It may mean merging with another church or even closing.

Throughout the process, relationships are built, and not just between the Foundation and the churches.

“There’s an amazing energy when we bring churches together who’ve never talked,” Carr said. “Some of them are just 5 to 10 miles apart, but they’ve never had a conversation. It helps build relationships.”

For Flannagan and her congregation of about 100, the forums were “hugely helpful.”

“In our forums, people listened and paid attention,” she said. “They attended, and they came back.”

“The outside (Presbyterian Foundation) experts were able to say things in a way that’s more acceptable,” Flannagan said. “I was very impressed with the pastoral way they led and coached about mission and stewardship. That’s been a big thing. They framed their message in a positive way.”

The Rev. Bobbi White, General Presbyter of the Presbytery of Western North Carolina, had a similar experienced when churches in her presbytery participated in the forums.

“I shout their praises,” White said of the Foundation leadership. Her presbytery includes about 100 churches; about 80 have fewer than 150 members.

“What they offer is a partnership. They are a partner in church development,” White said. “And it hasn’t stopped. We’re still in conversation.”

In general, the forums have received good feedback, according to Grier. Johnson is a among the forum fans.

“Paul and Olanda helped us to see that there is no one way that small churches can suddenly realize their potential and have people fighting for seats on Sunday,” Johnson said. “There is no quick fix, no magic pill. There is faithfulness, believing that the Holy Spirit is still moving, active and able to empower us.”