(PNS) The morning of Aug. 7, the Rev. Steven Bryant of First Presbyterian Church in Canton, Mississippi was leading a Bible study on the book of Exodus, noting God’s preference for helping the widow, the poor, the stranger, the person in a foreign land.

“We didn’t know that outside, these horrible events were transpiring,” Bryant said.

Across the Magnolia State, Immigration and Customs Enforcement agents were raiding chicken processing plants and ultimately took 680 people in custody who were suspected of working without documentation.

That was also the first day of school. Hundreds of students finished the day and found their parents — both, in some cases —  were missing. For most of the families, their primary source of income vanished. 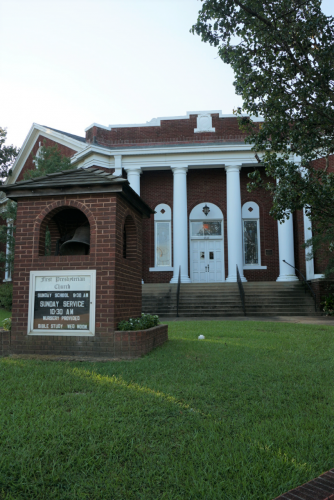 “It was chaos,” Bryant said. “It was a heartbreaking situation.”

The church went to work.

“By Monday morning (Aug. 12), 125 families affected by the ICE raids were under the care of the legal team,” Bryant said of a group of 40 attorneys, headed by a First Presbyterian member Elizabeth Penn. “It has been a wonderful thing to see people in the community come forward and help.”

And help has come from outside the community, as well.

Presbyterian Disaster Assistance (PDA) has granted an initial request of $7,500 to the Presbytery of Mississippi to help families affected by the ICE raids.

“PDA is grateful to come alongside the presbytery to meet immediate and urgent needs of these families,” said the Rev. Dr. Laurie Kraus, director of Presbyterian Disaster Assistance.

“The ICE raids came on a weekend that was already horrific and brought an additional layer of suffering and desperation,” Kraus said, referring to the racially motivated mass shooting in El Paso, Texas on Aug. 3, followed by another mass shooting in Dayton, Ohio that night. “But the faith communities of Mississippi came through.”

Click here to contribute to PDA’s work with refugee emergencies

The Rev. Jim Kirk, PDA Associate for National Disaster Response, said, “I was very impressed and grateful for the presbytery’s engagement with the needs of the people in the community and thankful the Presbyterian Church (U.S.A.) is in a position to help with compassionate and Christlike actions.”

Bryant says the nature of the response has changed daily and the impact of the raids will reverberate through the community for a long time. In addition to the immediate physical needs of people in the community, there is a fear and loss of trust to be addressed, as well as the prospect of families trying to find new sources of income in the poorest congressional district in the poorest state in the nation.

Add to that, Bryant noted, after the raid, employers in the area are reluctant to take on employees from the Hispanic community, whether they have documentation or not.

“These are our neighbors, so the whole community is rallying behind them to raise financial support to pay for food, rent, utilities,” Bryant said.

“These are not criminals. These are neighbors trying to make a living, sending money back to their home countries. These are people who did jobs no one else wanted.”

See a list of resources to assist after the Mississippi ICE raids and tips on how to prepare for a raid in your community before it happens.

Many of the families impacted were active members of First Presbyterian and Sacred Heart, Bryant said. 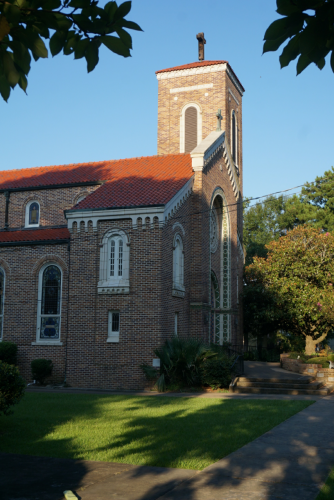 “A lot of folks in our churches voted for people cheerleading these raids,” Bryant said. “But when it comes home, they see this is our community, and these are our neighbors. Some people are conflicted.”

Human-caused disasters do fall under PDA’s purview, Kraus and Kirk say. A response team was sent to Dayton after the Aug. 3 shooting, and PDA has responded to other mass shootings as well as situations such as the Flint Water Crisis.

In the wake of the raids, the church is working to set up a free or low-cost day care center, stocking a food pantry, and a bank of baby supplies. Bryant also cited the critical need of financial resources for families with “no income and no safety net.”

“We’re working to answer the question of how 135 families will sustain themselves,” Bryant said. “The grant from PDA is going to help a lot of people.

“The Presbyterian family just wants to help, and that’s a glorious thing to see.”