9 in 10 Presbyterians pray at least several times a week, according to the new Person in the Pew survey.

This information comes from responses from some of the first participants in the new Person in the Pew survey format, a project of Presbyterian Church (U.S.A.) Research Services. Person in the Pew Surveys are open to all Presbyterians. Opportunities for participation will be listed in future news articles and will be posted on research-services.pcusa.org. 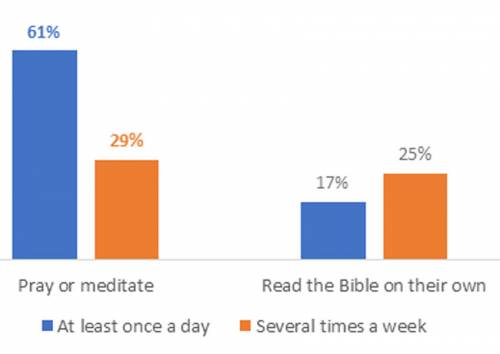 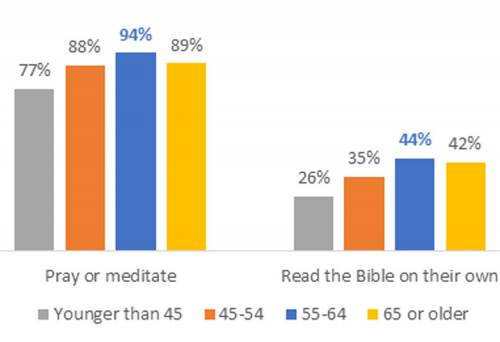 Differences among age groups may reflect how literacy has changed over the past half century. “Twitter, Facebook and Instagram (and other similar social media platforms) have changed how much people are accustomed to reading,” says the Rev. Dr. Jason Santos, the Presbyterian Mission Agency’s mission coordinator for Christian formation. “This has had an influence on how younger generations see reading the Bible.”

Religious influences may also vary by age group. Presbyterians who are middle-aged or older with any kind of evangelical background are likely to see Scripture reading and prayer as a key part of discipleship, according to Santos. “The notion of devotions has played a significant role in the formation of the boomers,” he says. “Those behavioral requirements for discipleship aren’t as persuasive with younger generations.”

Research Services and the Presbyterians who provided these responses connected initially through PC(USA) congregations. To start, congregations supplied names and contact information for would-be participants in periodic surveys about topics important to the denomination. Individuals who agreed to participate (2,479 so far) began by completing a background survey. The results outlined above were taken from the Background Survey.

So that participants would literally represent Persons in the Pew, pastors of congregations were excluded. Pastors of PC(USA) congregations and other PC(USA) ministers are being surveyed this fall.

“We are going to be able to add to this important group of Presbyterians continually,” says Dr. Susan Barnett, Research Services coordinator. “Even more participants will be able to share their thoughts with church leaders, reflect on their own lives as Christians and learn more about what is going on in the church.”

Already, some Person in the Pew participants have also responded to surveys about PC(USA) communications.