The four were featured in Margot Lee Shetterley’s “Hidden Figures: The American Dream and the Untold Story of the Black Women Mathematicians Who Helped Win the Space Race,” which was adapted into a biographical film in 2016. 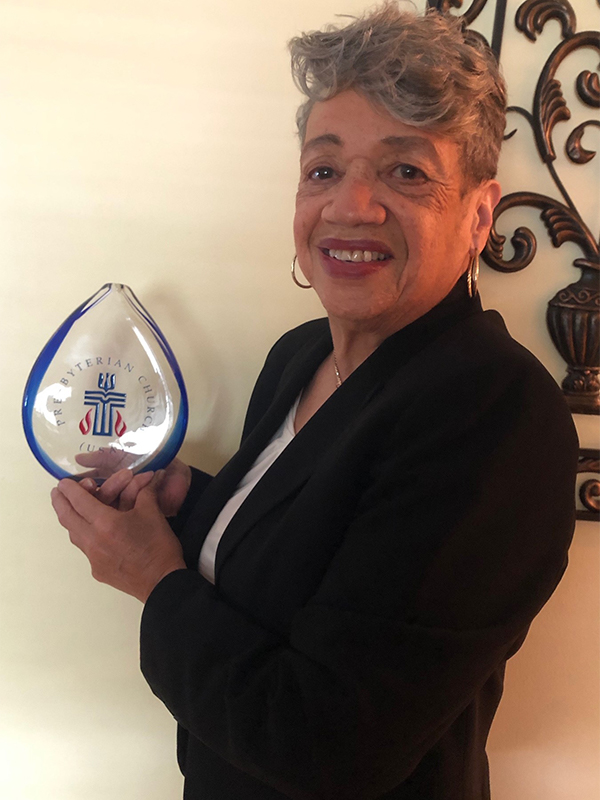 Darden devoted most of her 40-year career at NASA focusing on aerodynamics, researching supersonic flight and sonic booms. She was the first African American woman at NASA’s Langley Research Center to be promoted into the Senior Executive Service, the top rank in the federal civil service. Darden was awarded the Congressional Gold Medal in 2019.

Darden says she had always wanted to be a mathematician, but on the advice of her father, sought a teaching degree in college.

Darden spent five years as a human computer at NASA and found out that engineers her group supported had the same degrees she had.

“These engineers were writing their own research papers and moved on up, got promoted. Women mathematicians coming in at that time were working as human computers, supporting the engineers,” Darden said. “When I asked the director why women weren’t given the same opportunities, he said no one had asked him that before. I said, ‘Well, I’m asking it now.’ In three weeks, I had been transferred to engineering.”

Since retirement, Darden has found herself on the speakers’ circuit, where she has encountered a lot of people interested in her story.

“I’ve been speaking to a lot of students in the last couple of years and many have come up and said they are so inspired by my career and the tough times that I went through. Some have even said they were going home to do their homework now,” she said. “I’m very pleased to hear that from students and hope they will stay inspired and continue to work hard to seek careers for themselves.”

Darden has advice for those who have dreams and goals.

“If it’s something you really like, you might have to work for it,” she said. “It was hard to do what I needed to do, but I had thought about what I wanted and what I needed to do to get there and was willing to sign up for those classes and take them.” 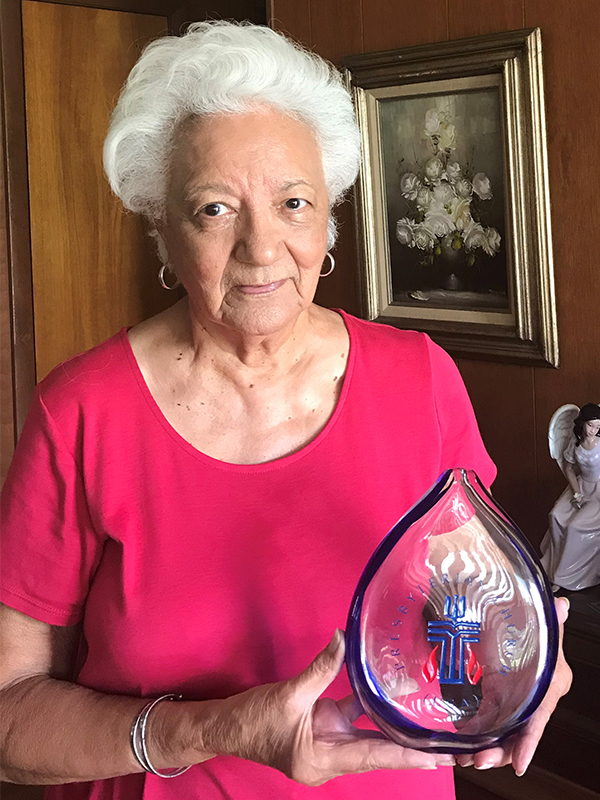 Dorothy Johnson Vaughan was the first African American woman to supervise a group of staff working at Langley Research Center and helped introduce computers in the early 1960s. Seeing that computers were a part of the future, Vaughan became proficient in computer programming and taught her coworkers to prepare for the transition.

Vaughan’s daughter, Ann Hammond, describes her mother as a very humble person who did not seek the spotlight.

“She would not have been a part of the movie and would have urged the writer to interview someone else for the book. This is the kind of person she was. She did not like publicity and recognition, but my brother and I decided that when they requested an interview, we were proud of her and we wanted the world to know what she had done, even though we didn’t know ourselves,” she said. “Our mother never talked about her job when she came home. She didn’t have time with six kids, cooking dinner, and washing clothes.”

Vaughan, who was a young widow, was a spiritual person, according to Hammond, adding that her mother made sure they were in church every Sunday and participated in all church activities.

“If she saw something she could do, she went after it. She was a very talented lady. Math was her career, but if she could have made a living in music, she would have focused on that. She excelled at everything she did. She made our clothes, was an excellent cook, especially with desserts. She was just a great mother,” Hammond said. “She was able to balance it all. She was a widow at an early age with six children. She saw to it that we all got a bachelor’s degree. Anything above that and you were on your own.”

Vaughn, who was portrayed by actress Octavia Spencer in the movie, died in 2008 at the age of 98.

Katherine Johnson’s mathematical skills and calculations were critical to the success of the first and following U.S. crewed spaceflights. Her calculations proved essential for John Glenn as the first American in orbit the Earth, along with the rendezvous path for the Apollo Lunar Module and Command Module on flights to the moon. Her work also helped with the beginning of the Space Shuttle program and plans for a mission to Mars.

Johnson’s youngest daughter, Katherine Goble Moore, says it was an incredible journey to go through life with Johnson.

“I think it was a perfect setting for the life I’ve lived all these years. It has guided me and I have been fortunate to be the daughter of Katherine,” she said. “Who would have thought we would be on this trip since the movie, but I’ve been on this trip for 76 years as her youngest daughter.”

Moore described her mother as a quiet warrior, a very humble person who never bragged about her accomplishments.

“As a woman, human being, friend, daughter, I never met anyone that wasn’t happy to be around her. She always wanted to teach children what she knew,” Moore said. “She would say, ‘If I know it and you don’t know it, what good is it?’ She would help her older brothers because she was better at math than they were.”

Moore says Johnson also tutored younger workers at NASA and volunteered for a number of causes and programs.

Born a Methodist, Moore says Johnson joined the Carver Memorial Presbyterian Church in Newport News, Virginia. She says her mother also served as a commissioner at a General Assembly in the 1980s.

“It has been an interesting life and she was at the helm when my father died; they were partners. She would get an award and she would say she ‘was just doing her job,’” Moore said. “When our father passed, life went on because my mother went back to work. You have to get ready for college. We grieved hard for our father, but we didn’t have the luxury of sitting home and crying. We put one foot in front of the other and were ready to face whatever. That’s the stamina that most of us in this era had.”

Johnson, who was portrayed in Hidden Figures by actress Taraji P. Henson, died earlier this year at the age of 101. 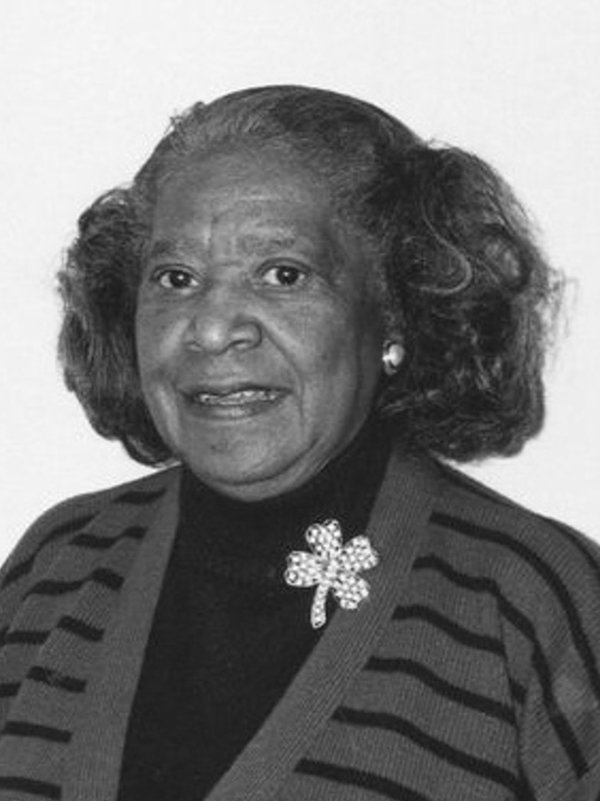 Mary Jackson was a mathematician and aerospace engineer at the National Advisory Committee for Aeronautics (NACA), which was succeeded by NASA. Like the others, she spent most of her career at the Langley Research Center in Hampton, Virginia. In 1958, she became NASA’s first African American female engineer. In the latter part of her career, Jackson worked to influence the hiring and promotion of women in NASA’s science, engineering, and mathematics careers.

On Wednesday, NASA Administrator Jim Bridenstine announced the agency’s headquarters in Washington, D.C., would be renamed in honor of Jackson.

As of this writing, the Presbyterian News Service was unable to interview family members.

Jackson, who was portrayed in the film by actress Janelle Monáe, died in 2005 at the age of 83.

The awards were originally planned to be presented to Darden and the family members of the others at the 224th General Assembly (2020) in Baltimore. The COVID-19 pandemic forced the church to move to an online assembly gathering with a focus on critical business. The awards have been sent to Darden and families.