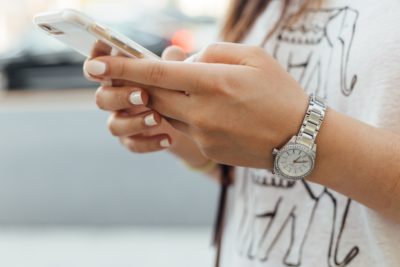 (OGA) An Abuse Prevention Helpline, designed to help Presbyterian churches end and prevent abuse among children or youth, will continue operating for the next two years. The Presbyterian Church (U.S.A.) has extended its agreement with Insurance Board and Praesidium, the nation’s leading provider for abuse prevention. The collaboration between Insurance Board and Praesidium provides Presbyterian churches access to the SafeConduct™ Workbench with tools to cultivate responsible leadership and prevent sexual abuse.

The toll-free Abuse Prevention Helpline (866-607-SAFE) was launched in 2016 to give victims and church leaders immediate assistance while also giving churches guidelines and training resources aimed at preventing abuse in congregations.

“Parents should never have to fear sending their children to church. For the past four years, the helpline has given church leaders the additional line of defense against predatory behavior,” said the Reverend Dr. J. Herbert Nelson, II, Stated Clerk of the General Assembly of the PC(USA). “Not only does abuse destroy the families involved, it destroys the church’s opportunities to minister to those in need.”

Praesidium has been staffing the helpline twenty-four hours a day, providing expert advice on abuse prevention and how ministries can best respond to suspicious interactions between adults and children, as well as peer on peer abuse that is currently up more than 300 percent. Knowing when and how to report suspected abuse to authorities is critical in protecting children in youth ministries.

Churches can protect their ministry against the potential of abuse through proper policies, background checks and screening, and state of the art training by visiting https://www.insuranceboard.org/safety-central/safeconduct-abuse-prevention/. In addition, churches may also complete a self-assessment through a tool called “Know Your Score” to identify any gaps in their abuse prevention practices.

“Sexual abuse is preventable and the Presbyterian Church (U.S.A.) is in a strong position to encourage further trainings and utilization of these resources to further protect communities they serve,” said Aaron Lundberg, president and CEO of Praesidium. “We are pleased that our helpline and additional resources are part of the church’s efforts to protect children and the communities they serve from sexual abuse. We are honored to be a continued part of their prevention work and are proud of their commitment to preventing sexual abuse in their church.”

Timothy Harris, president and CEO of the Insurance Board, is pleased to continue the partnership.

“I am extremely grateful for our partnership with the Presbyterian Church (U.S.A.) on this very important issue. Due to a heightened global social awareness around abuse, standards for abuse prevention have gained additional scrutiny. Even in circumstances where abuse happens away from church property and the perpetrator is not affiliated with the church or ministry, church leadership can be held liable for not adhering to best practices or its own internal policies around abuse prevention,” he said. “Ministries must continue to be diligent around not only developing strong policies and procedures of abuse prevention, but in closely following those policies.”

In a letter to churches and congregations in January, Nelson said it is an issue that must be taken seriously across the denomination.

“While we have talked about providing a safe space for individuals to live, work, and play while carrying out the mission of God in Christ, our sexual misconduct policies have not always been effective in protecting vulnerable persons among us,” Nelson wrote. “Tragically, the Presbyterian Church (U.S.A.) has sometimes failed to listen to the long-silenced voices of survivors of sexual misconduct by church leaders. We must do better—as individuals and as a church.”

Nelson said the church should take all steps possible to prevent sexual abuse and misconduct.

“We need to send a message to those who would prey upon victims that the PC(USA) is watching and determined to protect those they would seek to victimize,” he said. “We must also listen to the voices of survivors, to learn from grave mistakes of the past in order to avoid them in the future.”