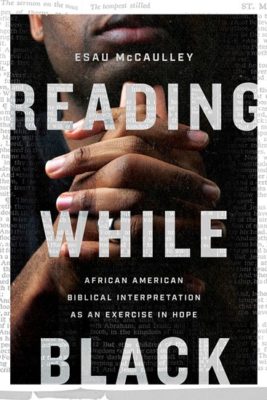 “Learning to drive, you must see the big picture.” This was told to me by the high school driving instructor at the beginning of my first lesson. The task was, through the windshield and mirrors, to interpret the world and everything happening around me from my unique point of view. It would provide me the best opportunity to reach my destination safely.

Esau McCaulley’s “Reading While Black,” while scholarly in style and form, is also an ethnographic love account about the relationship between a stolen and displaced people and a redeeming God, and how they discerned an incarnational interpretation of Scripture that has for centuries elevated them through life — over the gorge of pain and suffering onto higher ground.

I confess the author’s choice of title – an allusion to the idea of riding while Black, a historical fear African Americans have when traveling in America – summoned a latent ire within me. It is a fear of being stopped by police or harassed by whites for no reason. Once that passed, I was able to see the risk and danger when African Americans show the capacity to read and comprehend in general, and the increased danger when interpreting Scripture from what McCaulley refers to as “their location.”

We witnessed an example of what McCaulley calls “Black ecclesial interpretation” with Jeremiah Wright’s interpretation of Scripture during a sermon directing words of condemnation toward the empire. While many condemned his preaching (including then presidential candidate Barak Obama, a member of his church), what he said can be heard in nearly every historically Black church across the land, regardless of denomination. It was biblically prophetic and dangerous.

While interpreting from one’s location is germane to all who wrestle with Scripture, there is a distinct worldview, one peculiar to the general Black struggle in America, that when employed to Scripture texturizes the message with a soulful hue of hope. It is this thirst for hope that drives many African Americans to worship and Bible study to “hear a good word from the Lord” — a word that McCaulley says is essential in dealing with the debilitating, destructive rage that tempts people to give up on hope.

McCaulley brilliantly uses exegesis, linguistic analysis, form criticism and personal testimony to give a contemporary perspective on church and race. He demonstrates the gift that Black ecclesial interpretation offers to theological discourse. How, when done faithfully, it enables all believers to peek through the moral and ethical veneer of conservative and progressive religion to view the internal struggle between those who favor a limited – with deliberate speed – form of integration and equality between the races, and those with a quest for a systemic approach to eradicating racism from the institutions and structures in American society, including the realm of the Christian church.

“Reading While Black” is a powerful offering — prophetic and compassionately written. It is a must-read for all who toil in God’s vineyard and are serious students of the Bible. 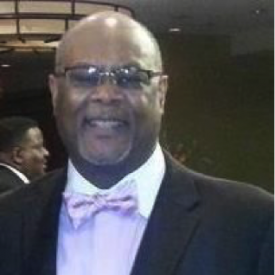 Sterling Morse is the temporary pastor of Church of the Redeemer Presbyterian in Washington, D.C.