At exactly 4:17 a.m., a wet dog nose nudges me in the face, eager to begin the day. She is an unfailing alarm clock. Once driven by necessity (Get up or clean up my mess!), these early morning hours have become sacred. Some things – including evidence that the world and all of us in it really are going to be okay – are easier to see in the dark. A book, a cup of coffee and the slow pendulum of a wagging tail greet the sun as it rises.

There is a crash in the kitchen, followed by suspicious silence. Come here, I call her, and she comes running, smelling strongly of the peanut butter she just pulled down from the counter. She is unapologetic, utterly certain that something so good was never meant to be denied her. She licks me in the face, happy to share the remains of her transgression.

I vacuum the rugs and sweep the floors for the fifth time this week, unclear how she can give up so much fur and still have such an abundance. She never gives it a second thought, refusing to worry about something she was never meant to keep for herself. The task becomes more of a miracle and less of a chore.

She accompanies me to the office, where she greets everyone with equal enthusiasm. You’re here! her smiling eyes and tapping toes say to each visitor. Thank goodness. I have been waiting my whole life for the chance to meet you. Everyone feels better about themselves today, except for the teddy bear that is hers to play with. She chews through the seams and by lunchtime, white stuffing is spread across the floor. She protests when I gather the pieces and push them back inside. She understands on a visceral level that there is something healing about spilling your guts.

Outside, on a walk, she roams as far as the leash will let her. She examines the sidewalk, the lamppost, the street sign and each blade of grass. We need to go back to work, I tell her. She pulls me in the other direction: We have all the time in the world. She sniffs some daisies planted around a tree. She is gentle at first, then plunges her whole head into the flowerbed. I am worried for the neighbor’s handiwork, but not a single bloom is bothered. Beauty is sturdier than I realize.

She needs a bath, and she protests mightily. We do not agree on the value of this activity. I attempt a bribe with treats, but she sees through me and runs in the other direction. I chase her into a corner, pick up her front legs and drag the rest of her to the bathtub. She surrenders to the inevitable, sitting still but whining in protest the entire time. Think of it like a baptism, I say to her, and she gives me a long, exasperated look before commencing a mighty shake. She does not trust the water, and I fail at converting her. Faith cannot be forced.

I stare at my laptop, where too many open tabs reflect my divided attention: county vaccine rates, a running list of livestream troubleshooting and a sermon with no conclusion in sight. She drops a ball in my lap; I toss it aside. We repeat this ritual a dozen times before I sigh, get up from the table, and take her outside to play. Interestingly, the world does not end.

While my back is turned, she slides under the planks of the deck, where she has hollowed out a deep, dark hole. I call her name repeatedly, and she eventually emerges, trotting back toward the house with flecks of mud falling from her paws as if to say, Rising from the depths is never easy, but my God, it is such delight. 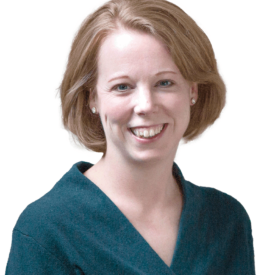 Jenny McDevitt is senior pastor and head of staff at Shandon Presbyterian Church in Columbia, South Carolina, where her dogs Annie and Rose take turns accompanying her to the office. 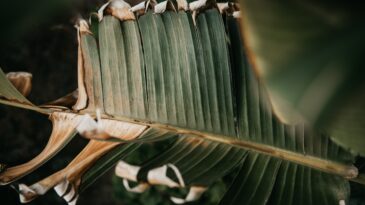 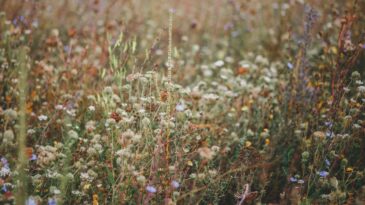