In the third season of “Breaking Bad,” Walter White – a chemistry teacher turned meth producer – loses a whole day in pursuit of a housefly in his underground lab. White’s descent into depravity is well established by this point in the show. A trail of dead bodies is behind him; he has lied to all of the people he loves and put them at risk; he is in too deep. Known for the purity of his product, White refuses to begin cooking meth until the fly is killed. He grows exasperated and then reflective. This lab, these dead bodies, were not the plan. When he was diagnosed with cancer, he thought he had only months to live and meth provided an opportunity to leave his wife and kids with money. He was not supposed to survive this long. He was not supposed to be cooking meth for a drug cartel. But rather than reassess the values and assumptions that brought him to this point, White focuses his ire on the fly. He may not be able to make things right, but he can keep the lab free from contamination.

I have been thinking about “The Fly” episode in relationship to “The Rise and Fall of Mars Hill” podcast produced by Christianity Today. For the uninitiated, the podcast explores the toxic leadership culture at Mars Hill Church and has received accolades for its unblinking exploration of evangelical celebrity culture. “Who killed Mars Hill?” host Mike Cosper asks in the first episode before answering: “We all did.” The subsequent story fills in the details, disclosing the vicious feedback loop between the desire for strong hyper-masculine leaders, individual egos, and the pursuit of unhindered growth. As a participant in the very cultures he explores, Mike Cosper does yeoman’s work on behalf of evangelical leaders, helping to assess how things went wrong and offering new possibilities. He ends the sixth episode confessing his hope to inspire a new moral imagination for evangelical leaders. As one who also participated in some aspects of the church growth and church leadership conversations Cosper traces, the podcast has been both insightful and healing for me. But I’m afraid it may only serve to eliminate the fly rather than to imagine a more faithful future.

Early episodes explore key shifts in the leadership structure of the church around 2006-2007 when Mark Driscoll, the founding pastor, centralized and solidified power before an all-out push to grow the church beyond Seattle. In this part of the story, Cosper connects Mars Hill to the rise of megachurches and church planting in the late 1990s. We are led to believe that the problem with Mars Hill is that it grew too fast and its leadership was too young to handle the pressures of a large church. The fourth and fifth episodes add another layer to the story by considering the impact that teachings on gender, sex and sexuality had on the life of the church. Hurt and abuse in the church were amplified through a “fight club” approach to masculinity and the marginalization of women’s gifts.

But it isn’t until episode six that Cosper unveils the real culprit in the decline of Mars Hill. We first hear from Bryan Zug, a Mars Hill member who helped the church upload MP3s of Driscoll’s sermons online. This initial experiment in placing resources online reaped immediate rewards. As early adopters of the new social media technologies – MP3s, video hosting, blogging, etc. – Mars Hill was able to gain notoriety and influence. By the 2010s, Mars Hill was a global brand in evangelical circles. One staffer recalls admirers in London swarming Driscoll’s taxi. “You may not have noticed,” Driscoll reportedly said without irony, “but I’m kind of a big deal.” Cosper argues that the internet poured gasoline on a system already smoldering and provided a pathway for growth that outstripped Driscoll’s character. Former generations of evangelical celebrities, such as Robert Schuller, had to build their empires slowly, over time, and with the assistance of gatekeepers in Christian publishing. Even more, the immediate feedback loops of social media platforms created a dopamine-dependent movement searching for “impact” and “influence” as ends in themselves.

It is a convincing and cautionary tale. But it conveniently sets aside the deeper theological commitments that continue to run in the background of white evangelicalism’s quest for impact and growth. To blame the fall of Mars Hill on things like internet celebrity culture and the immaturity of a key leader allows us to decontaminate the lab rather than question its existence in the first place.

For example, left unexamined in this podcast is the question of God. Who or where is God in the story of Mars Hill? Cosper introduces each episode with “this is also a story about the mystery of God at work in broken places.” That may be true, but it is difficult to discern what discrimen or distinguishing factor Cosper uses to interpret God’s presence in the Mars Hill community. Based on the short asides throughout the series which describe the great momentum of the church, significant worship gatherings and numbers of baptisms, I suspect Cosper correlates impact with God’s agency. As one with deep roots in evangelicalism, I understand the need to connect world-change and God’s presence. Like many evangelicals, I was raised on stories of Billy Graham’s crusades and remembering the sacrifices of heroic missionaries. I learned from an early age to connect God’s blessing with the visible expansion of influence.

Focus on growth and impact contribute to the vitality and entrepreneurial dimensions of evangelicalism, but it also sustains our idolatrous fascination with leadership and inability to disentangle white evangelicalism from white supremacy. Reflecting on Mark Driscoll’s connection to the neo-Calvinism of the “young, restless, and reformed” type, Cosper recalls Pastor John Piper’s “seashells” sermon at the One Day conference in 2000. Describing a couple in Readers Digest who retired early so they could live near the beach and collect seashells, Piper imagines this couple at the final judgment, mocking their offering to God: “here, Lord, are my shells.” “Don’t waste your life” Piper pleads with the college students. The subtext of this sermon is less a critique of the American Dream (although that is present also) than the affirmation that only a muscular, masculine faith will do. A quiet life enjoying the sunset or spent noticing beauty in the natural world is inadequate, ineffective, a waste. From this assumption, it is not difficult to imagine how it is possible that an impactful and driven figure like Driscoll can command the loyalty and obsequious devotion of so many. Sure, people reason, Driscoll has created a toxic staff context and excludes and shames the gifts of women, but he’s so effective!

This fascination with impact and growth has a long history in evangelical circles. In his essay “The American Dimension of the Missionary Movement,” Andrew Walls considers connections between the technologies of 19th-century missions, such as the voluntary missionary society, and the American religious context. He concludes that American Christianity’s propensity for technique, for counting baptisms, for raising money and for leveraging technology might be one of the most significant consequences of 19th-century missions. But of course, we also have Donald McGavran and Church Growth, Bill Hybels and seeker sensitive churches, John Piper and the new Calvinism. In these different movements, growth is rarely interrogated as a good. We plan instead to expand our reach, to curate greater influence and assume this is to the glory of God.

It does not take much imagination to problematize growth. Post-colonial approaches to mission provide thick accounts of the cultural and theological violence enacted through expansionary mission practices. The trending #exvangelical on Twitter offers other data points. Theological accounts of race and racism in the church, such as Willie Jennings’s “The Christian Imagination” underscore the white supremacist origins of the quest to take land and bodies for Jesus.

In the end, however, I intend to raise a theological question. If not through impact and growth, how might we attend to the presence and work of God? In 1 Corinthians, the apostle Paul confesses to knowing nothing but “Christ crucified.” This is such a familiar verse that the juxtaposition of Christ and crucified no longer catches us the way it should. A crucified messiah is a failed messiah, a cursed messiah. In Galatians, Paul quotes Deuteronomy to remind his readers that the Scriptures say “cursed is anyone who hangs on a tree.” Christ “became sin,” and died a blasphemer abandoned and between two thieves outside the city gates. The cross, Paul and the gospel writers insist turns the world on its head. It remains a scandal and sounds foolish; it plunges the powerful – even celebrity pastors – into a crisis. It is the world described in Mary’s Magnificat; it is the world signaled in Jesus’ table fellowship and healings. It is God saying “I am with you, but not necessarily where you might expect.”

The cross dislodges us from self-serving practices and opens our imagination to what is inconceivable: a God who embraces the godforsaken. Communities thus claimed by the cross define success not in terms of influence or reach but rather proximity and fidelity. Are we in proximity with the ones that God so loves? Does our life together point to the faithfulness of Jesus Christ? These questions ought to haunt white Americans, particularly those of us nurtured by traditions entangled in the practices of racial segregation and the expansionist hubris of white supremacy.

“The Rise and Fall of Mars Hill” would have us believe that the story is over. A toxic system has crumbled, and people are left to pick up the pieces and figure out what happened. But our devotion to growth continues to orient and organize evangelicalism, perpetuating abuse and putting us at odds with the crucified Christ. It is time to question the lab and not only the fly. 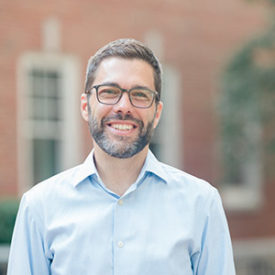 Scott Hagley serves on the faculty at Pittsburgh Theological Seminary, where he teaches Missiology. His work helps communities discern faithful and plausible expressions of the Christian faith in our contemporary context. He is the author of Eat What is Set Before You: A Missiology of the Congregation in Context. 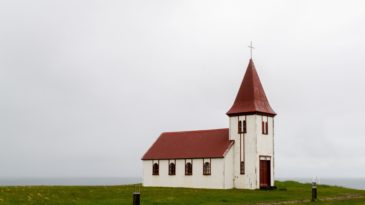