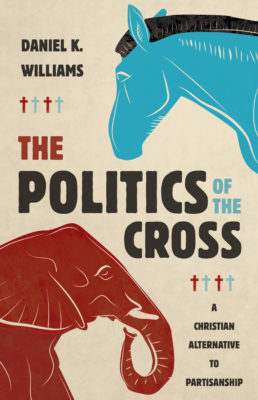 This is a great book, and one that is needed. While many have inveighed against partisanship and polarization and reminded us that “God is not a Republican or a Democrat,” Daniel Williams takes the important next steps with analysis grounded in Christian faith, Scripture and theology in The Politics of the Cross.

If it is more important to you that your political positions, voting and way of life reflect the way of the cross rather than unwavering party loyalty, this book will help — a lot. Williams challenges not just political parties, but Christians, churches and their leaders. For example, he cites the way that some more conservative Christians have used their religious identity as only another special interest group seeking protection and privilege. Williams, rightly, says this can’t really be termed “Christian.”

“What if,” asks Williams, “instead of being known as a political interest group, evangelical Christians in the United States were known as people who cared enough about the nation and the well-being of their neighbors to sacrifice their own interests at the voting booth and cast ballots with the good of others in mind?” One thinks of the admonition of the famed writer, Samuel Johnson: “Never be afraid to remind people of the obvious; it is what they have most forgot.”

After a careful historical analysis of the development of each of the major political parties, including the religious influences that have shaped them, Williams focuses on four national issues around which Christians often follow the binary thinking of the culture war partisans: abortion; marriage and sexuality; race; and wealth and poverty. The first two tend to be the big-ticket items for people on the right, while the latter fit that bill on the left. Williams notes that Christians often tend to get involved in politics on the basis of “moral outrage.” The problem with this approach is not only that it leads to self-righteousness on the part of the crusaders (and demonization of their opponents), but “we risk assuming that a quick and simple moral regulation will solve the problem.” But it never does.

While the moral outrage approach does galvanize one side, it may not go very far to address the problem at hand. For example, Williams concludes that if the pro-life movement’s goal is truly to lower abortion rates and enable women to carry their pregnancies to term, then they will fund healthcare and expand government economic assistance. Or when it comes to the Democrat’s zeal for taxing the rich, he offers a faith-based caution: “Calling for higher taxes on the ultrarich in order to help the poor requires no self-sacrifice whatsoever for those who are not ultrarich. As Christians who follow the way of the cross, we should be suspicious of the idea that we can do good to others without inconveniencing ourselves.”

Even as Williams critiques both political parties, he also calls out Christians who too readily baptize the positions and policies of one party or the other as “Christian.” This would be a terrific resource for adult study or a preaching series, as well as for individual reading.

Presbyterian Outlook supports local bookstores. Join us! Click on the link below to purchase The Politics of the Cross from BookShop, an online bookstore with a mission to financially support local, independent bookstores. As an affiliate, Outlook will also earn a commission from your purchase.

Anthony B. Robinson is author of several books, most recently Useful Wisdom. He lives in Seattle, and blogs at anthonybrobinson.com. 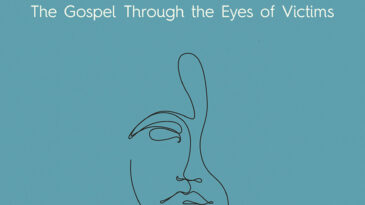 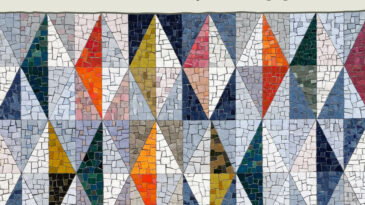