(RNS) — More than 275 Russian Orthodox priests and deacons from around the world have signed an open letter expressing their opposition to Russia’s invasion of Ukraine, challenging the Russian government and breaking with the tacit support of the military action by church leadership in Moscow.

The letter called for “the cessation of the fratricidal war” against Ukraine, insisted the “people of Ukraine should make their choice on their own” and lamented the “trial that our brothers and sisters in Ukraine were undeservedly subjected to.”

“The Last Judgment awaits every person,” reads an automated translation of the letter. “No earthly authority, no doctors, no guards will protect from this judgment. … We remind you that the Blood of Christ, shed by the Savior for the life of the world, will be received in the sacrament of Communion by those people who give murderous orders, not into life, but into eternal torment.”

The Russian Orthodox Church has long lent its considerable influence, within Russia and abroad, to the geopolitical aims of Vladimir Putin. The Russian president, in turn, has enjoyed close personal support from Patriarch Kirill of Moscow, who once characterized Putin’s leadership as “a miracle of God.”

While Kirill called on military leaders to minimize casualties when Putin’s assault on Ukraine began last week, he seemed to support Putin’s disputed argument that Ukrainians and Russians are one people and notably made no appeal for a cessation of hostilities. A few days later, Kirill referred to Russia’s opponents in Ukraine as “evil forces.”

The Russian church has a long history in Ukraine, but in 2019 Patriarch Bartholomew I, the Greek Orthodox primate, defied Kirill and recognized a new, independent Orthodox body in Ukraine that broke away from the Moscow-based church. In an interview this week with CNN Turk, Bartholomew said recognizing the new branch made him a “target” of the Russian Patriarchate.

But the priests’ letter showed Russia’s invasion has further challenged Moscow’s leadership. While their protest is qualified and the number of signers tiny compared to the total number of clerics (church authorities estimated roughly 40,000 operated within the church as of 2009), it points to a broader trend of dissent within the church regarding the Ukraine invasion, and could signal important shifts for a tradition that has in recent years operated in lockstep with the Kremlin.

“We are transmitting the message that there’s no way for a Christian to enter eternal life without forgiving — but also without being forgiven,” The Very Rev. Andrey Kordochkin, dean of the Cathedral of St. Mary Magdalene in Madrid and one of priests who initiated the letter, told Religion News Service in a phone interview.

“Entering into (eternal) life being cursed by thousands of mothers, Russian mothers and Ukrainian mothers, is not really the most appropriate way for a Christian — especially if he’s getting older — to prepare for the end of his earthly life,” Kordochkin said.

Kordochkin said some have complained the language was “not radical enough,” but explained any dissent under the current Russian regime carries risk. This is especially true for priests who live and work in Russia, which he estimated made up the majority of the signers. Kordochkin stressed the open letter was not directed at religious authorities such as Kirill, saying he didn’t believe “state authorities consult with a higher hierarchy before they do something.” But the signers, he said, wanted to push back on the notion that the Russian Orthodox Church “only has one voice.”

“For any priest who signed it, wherever he is — whether he’s in Russia or whether he’s abroad — I think that he puts himself under certain pressures,” he said. “The reaction to any kind of specific protest is very aggressive.”

He added: “Any priest who lives in Russia who is signing such a letter — it’s a sign of courage. But therefore, when he does it, it is also an important event in his own life.”

Kristina Stoeckl, sociology professor at Austria’s University of Innsbruck and expert on the Russian Orthodox Church, pointed out that the letter was carefully phrased: It avoided the words “war” or “invasion,” while the Russian government itself has termed its action a “special military operation.”

Stoeckl said that other recent open letters by Orthodox priests — particularly one pushing back on the treatment of Russian protesters in 2019, which Kordochkin also signed — were more forceful, spurring condemnation from Russian Orthodox Patriarch Kirill of Moscow.

The most recent letter doesn’t represent a “revolt” against the patriarch on its own, but rather “a call for peace,” she said.

However, she noted that it comes as more overt forms of dissent among Russian Orthodox priests have emerged in Ukraine over the past week. According to OrthoChristian, Ukrainian clerics still loyal to Moscow, particularly in Western Ukraine, have stopped commemorating Patriarch Kirill in their liturgies.

On Monday, Metropolitan Archbishop Evlogy of the Sumy Diocese in Eastern Ukraine published a Facebook post signed by 28 priests and deacons lamenting that Kirill “did not condemn the aggressive actions of the Russian authorities in any way” but rather issued a statement last week calling on “all parties to the conflict to do everything possible to avoid civilian casualties.” 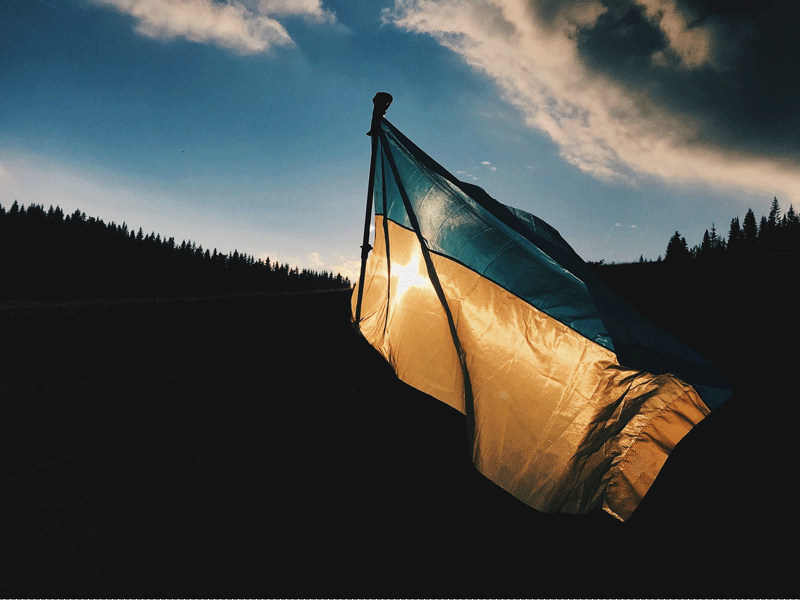 “In this difficult situation, guided by the dictates of our pastoral conscience, we have decided to stop commemorating the Moscow Patriarch at divine services,” read the statement. “This decision was also dictated by the demands of our flock, which, alas, no longer wants to hear the name of Patriarch Kirill in our churches.”

Others have taken an even more dramatic step of asking Metropolitan Onuphry of Kyiv, the head of the Russian Orthodox Church in the region, to consider autocephaly — becoming an independent church. In a YouTube video posted Tuesday (March 1) to an account that appeared to be associated with the Church of St. Theodore the Sanctified, a group of men identifying as priests in the Kyiv Diocese made the case for breaking with their leadership.

“I turn to Kirill, the patriarch of the Church of Moscow: I stopped remembering your name during the blessing at Mass. This is my response to your silence on the war between Russia and Ukraine and for allowing Russian President Putin to get to this war,” one priest, who identifies himself as Kyiv-based priest the Rev. Peter Semachuk, says in Ukrainian.

He goes on to ask Onuphry to “gather a high meeting of the Ukrainian Orthodox Church” to discuss “changes to the canonical status of our church.”

Another man who identifies himself as a priest near Kyiv, the Rev. Mihail Voron, claims his church was destroyed by Russian troops during the invasion. After explaining he stopped commemorating Kirill in 2014, the same year Crimea was annexed by Russia, he addressed the patriarch directly.

“I do not want to have anything to do with you, and that is why I appeal to our Primate Onuphry to call an Assembly of the Ukrainian Orthodox Church to approve the decision to cut communications with the Moscow Patriarchate,” he says in Russian.

sClergy of the Dioceses of Volyn and Lutsk have also issued a written appeal to Onuphry, who has called the Russian invasion “a disaster,” asking him to “raise the issue of full autocephaly of the Ukrainian Orthodox Church immediately before the clergy” because “His Holiness Patriarch Kirill did not condemn the fact that the Russian invasion of the Ukrainian people is taking place before our eyes.”

Kirill, meanwhile, has rebuked Ukrainian leaders who have stopped commemorating him in their services. 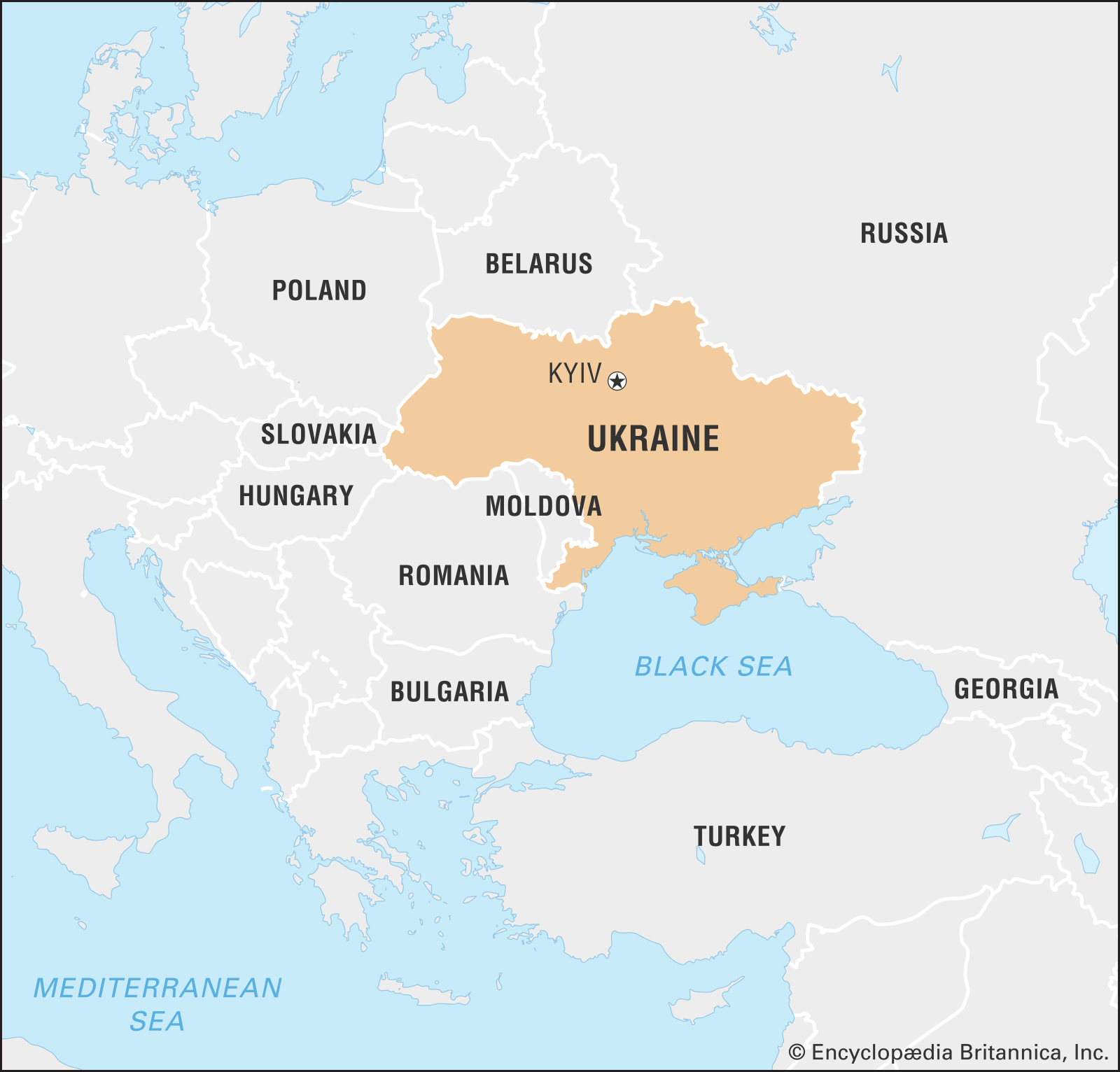 “The termination of the commemoration of the Primate of the Church, not because of doctrinal or canonical errors, or delusions, but because of inconsistency with one or another political views and preferences, is a schism for which everyone who commits it will answer before God and not only in the future century, but also in the present,” read a translation of a message from church authorities published on Wednesday.

The statement recalled the Rev. Grigory Prozorov, explaining that he was the priest who was arrested and killed in Nazi Germany after he refused to stop commemorating a prelate. The reference, Stoeckl said, echoed Putin’s attempt to justify invading Ukraine by claiming he would “denazify” the country.

Other Orthodox leaders have called on the Russian patriarch to do more to stop the war. In an open letter published on Wednesday, Romanian Orthodox priest Ioan Sauca, acting general secretary of the World Council of Churches, urged Kirill to convince Putin to end the bloodshed.

“I write to Your Holiness as acting general secretary of the WCC but also as an Orthodox priest,” Sauca wrote. “Please, raise up your voice and speak on behalf of the suffering brothers and sisters, most of whom are also faithful members of our Orthodox Church.”

In addition, a group of Catholic bishops from Ireland, Scotland, England and Wales issued a statement this week calling on “Patriarch Kirill and all in the Russian Orthodox Church” to work to end the war.

Stoeckl said escalating tensions within the Russian Orthodox Church over the invasion could amount to a “watershed moment” for the church. Russian Orthodox leaders stand to lose “all of Ukraine,” she said, and there is evidence of mounting distrust of the church in the region: According to The New York Times, last week an angry crowd in western Ukraine threw a Russian Orthodox priest out of his own church.

Kordochkin, who was born in St. Petersburg, remains focused on the Russian government. After his phone interview, he sent an email saying he worries about the far-reaching repercussions of the invasion for his home country.

He wrote: “What path will it follow? Wealthy, free and open country? Or poverty, isolation and dictatorship?”