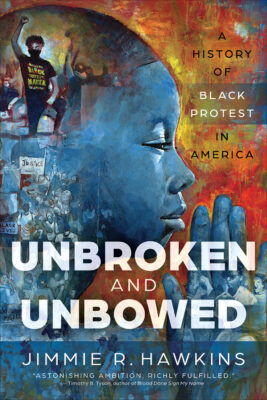 As a White man who grew up in the South, I felt as if I knew something about the African American struggle: Dred Scott and Brown v. Board of Education, redlining and the March on Washington — those events and more have been part of my awareness for years. This book, however, showed such knowledge to be rudimentary at best. Jimmie Hawkins, director of the Office of Public Witness for the PC(USA), wrote Unbroken and Unbowed because America’s narrative has been mostly told from the White perspective. As he writes, “[I] seek not so much to revise history as to fill in the missing pieces … to have [our] story told from a wider vantage point — beyond victimization and with wider inclusivity and greater acknowledgment beyond slavery and Jim Crow.” And he achieves this goal in an incredibly detailed and sobering way.

Page after page offered new insights: The first persons of African descent arrived here long before 1619 … George Washington’s troops were the most integrated American military unit until the Vietnam conflict. I didn’t know that Presbyterians ordained the first man of color in 1800, that there was a Montgomery-like boycott against segregated stagecoaches, and that, at one time, most racing jockeys were Black.

Hawkins touches on every protest movement and leader from the past that readers would expect; he also goes beyond the usual definition of protest to include other areas such as education, philanthropy, business and the arts. In one fascinating piece, he explains the changing language for how people of African descent have chosen to describe themselves. Terms fell in and out of favor as individuals sought the word to best reflect their innate dignity.

While I was impressed by the extensive nature of this work, I found it a bit exhausting at times. Hawkins so thoroughly identifies examples of protest that it felt as if he was compelled to list every act or individual in a particular category. Perhaps it was to encourage further exploration but footnoting other examples would have been sufficient.

This book is for anyone seeking a broad understanding of the historic roots to an on-going American struggle. It would make for fruitful discussion in a small group or Sunday School class but is probably best utilized as a reference for those seeking a comprehensive overview.

Any reader will gain new appreciation for the creative persistence of Black protest and our call as Christians and citizens to respond. “America has always been a nation of contradictions, hypocrisy, and illusion,” Hawkins eloquently concludes. “America has never lived up to its proclamations of liberty and justice for all, but African Americans have found American democratic ideas to be worth fighting for. The focus of protest has never been to change the nation’s creed but to compel the country to live up to its own values and professed beliefs.” A transformation that will require all of us to achieve.

Presbyterian Outlook supports local bookstores. Join us! Click on the link below to purchase Unbroken and Unbowed: A History of Black Protest in America from BookShop, an online bookstore with a mission to financially support local, independent bookstores. As an affiliate, Outlook will also earn a commission from your purchase. 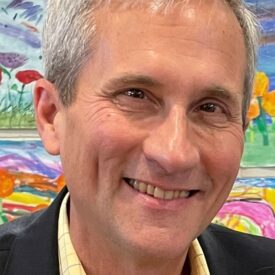 Rev. Dr. John M. Willingham serves as pastor of the Doylestown Presbyterian Church in Doylestown, Pennsylvania. When not engaged in the daily blessings of ministry, he nurtures other passions including cheering for his favorite baseball team, puttering in the yard and winding up his three grandchildren before returning them to their parents.