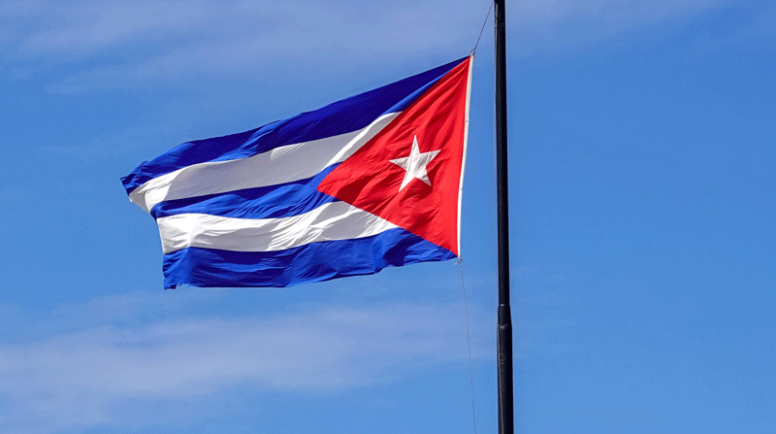 Photo by Jeremy Bezanger via Unsplash

(PNS) — The PC(USA)’s Office of Public Witness and the Cuba Partners Network are among the organizations calling on the U.S. government to give aid, engage in dialogue and suspend U.S. sanctions following a massive blaze that started last week at the Matanzas Supertanker Base, Cuba’s largest oil storage facility.

The fire, which started Friday when lightning struck a fuel storage tank, has killed at least one person and injured 125, with 14 firefighters missing, according to a report by National Public Radio.

Read the statement signed by more than a dozen denominations and organizations here.

“We urge the White House to call for expedited disaster relief support across all relevant agencies,” the statement reads, “and extend the necessary emergency humanitarian aid to respond to the incident and its ramifications on the island.”

Cuba’s current energy and economic crisis — the island’s worst since the fall of the Soviet Union — has been “an ongoing source of great desperation and hardship,” according to the statement. “This sudden loss of fuel and storage capacity infrastructure caused by the fire is likely to aggravate the energy situation in the island and contribute to outward migration.”

“With only 91 miles separating the U.S. and Cuba,” the statement concludes, “the 93-mile-long smoke plume emanating from Matanzas is a visual reminder that the U.S. and Cuba are close neighbors and ongoing dialogue is critical to resolve short-term and long-term needs of the Cuban people as well as to safeguard the interests of the United States.”

“We pray for the victims of the catastrophe and for everyone affected by the developing environmental disaster and energy shortage,” the Cuba Partners Network said in a statement. “We also call on the U.S. to provide immediate disaster relief, enhanced bilateral cooperation and suspension of sanctions to make it possible for us to respond to this crisis.”

The explosion “is a tragedy for our siblings on the ground in Cuba,” the Office of Public Witness said in a statement. “People have already been facing severe shortages of medicine, food and other vital materials in the middle of the COVID-19 pandemic. The additional stress of this explosion and loss of energy resources will only deepen the crisis and cause more suffering.”

“In light of these continued hardships on the Cuban people, the U.S. economic sanctions seem unbearably cruel,” OPW said. “Disaster relief and humanitarian organizations face tremendous hurdles just to get aid to the island because of U.S. policy. The PC(USA) has repeatedly had difficulties getting aid to the Presbyterian churches in Cuba and has lifted these issues up to the administration to no avail.”

“It is essential now for the U.S. to take steps in the short term to facilitate emergency aid to the island and in the long term to lift these draconian economic sanctions that have not produced any results and only caused more suffering for the Cuban people.”

“We are deeply concerned about the humanitarian disaster unfolding in Matanzas, Cuba, less than 150 miles from our border. Crises such as this demand an urgent and meaningful response from neighboring countries.

“Today, we call on the Biden Administration to immediately offer the appropriate assistance to facilitate international response efforts following explosions at the Supertanker Base in Matanzas.  We also urge the Administration to suspend any relevant sanctions in order to expedite such a response, and to deliver much-needed humanitarian relief to the hundreds of Cuban citizens affected by this crisis, as well as the many more facing multiple and cascading crises in Cuba, including shortages of food, energy, and medicine.

“We fear that the significant recovery efforts needed in Matanzas will push an already resource-strapped Cuba closer to the brink. Now is the time to put politics aside and prioritize humanitarian engagement, environmental e, and regional cooperation.”