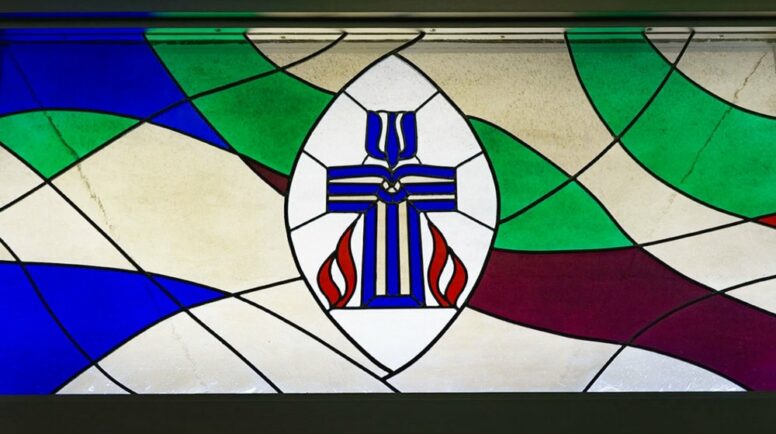 (PNS) — On Wednesday, the Rev. Dr. Kimberly Wagner offered up the Rx that people preaching and leading congregations might well need the most during this time of trauma: practical advice from someone who’s been there, and who’s clearly researched and thought deeply about what trauma can do to individuals and faith communities.

Wagner, who recently joined the faculty at Princeton Theological Seminary as an Assistant Professor of Preaching, led the Synod of the Covenant’s monthly Equipping Preachers webinar, this one called “When Good News is Harder to Find: Preaching in the Wake of Trauma.” The Rev. Dr. Chip Hardwick, synod executive, hosted the webinar, attended by about 20 people both inside and outside the synod.

While differentiating between trauma and a traumatic event, Wagner said it’s the nature of trauma that “it can’t be grasped or made sense of. It exceeds our ability to cope or adjust.”

“It’s an embodied experience. Our whole bodies carry the knowledge” of trauma, Wagner said. While the faithful often use stories “to help us navigate the world safely and well,” trauma experiences “begin to crack away at the stories we’ve told” until our stories “are no longer useful or help us make sense of the experience.”

By becoming “an eternal present,” trauma — whether it’s a natural disaster, the pandemic, a string of cancer diagnoses, or discrimination based on sexual orientation or race-based violence — causes a crisis of time, Wagner said. “It’s a distortion of the connection between past, present and future. My time clock got messed up starting in March 2020, and I’m still having trouble with time. … It keeps coming back. It ebbs and flows with new variants and it brings back lockdown memories.”

Trauma also brings with it a crisis of coherence. “One’s world and story no longer feel comprehensible, safe and helpful, or meaningful,” Wagner said, “and meaning is critical for preachers.”

Collective trauma plays out in at least two ways.

It unites affected people, such as the spikes often seen in donations of blood and supplies following a natural disaster. What Wagner calls “subcommittees of the equally wounded” tend to bind people together, “and they’re very helpful at first.”

But collective trauma often turns a community’s fissures into chasms. “This is the situation into which we are preaching,” Wagner said. “We deal with individuals in the pew as a collective in our sermons.”

“It feels like Groundhog Day,” one webinar participant said. “Trauma comes in over and over and over again. Over the last 2½ years, it’s always been there.”

“It keeps coming back, and it keeps surprising us when it does,” Wagner replied, adding that a lot of the trauma work she’s done “was inspired by my ministry” serving a church a few years ago. “We dealt with a lot of trauma while I was there,” Wagner said. “I feel called to and passionate about this work.”

How might preaching and worship faithfully respond to these traumatic realities?

Preaching offers people the language that trauma steals from them, Wagner said. “One thing we [preachers] can do is offer language to our communities to what has happened and be honest about what’s happened,” Wagner said, adding that many of the faithful “have lost the sense we are immune or that science can save us. We may struggle with where God is right now.”

Preaching also “models faithful traumatic response” Wagner said. “It can hold together lament and brokenness and asking God hard questions with the promise that God is still with us.”

The worship experience “resists the pulling apart of the community along the fault lines,” Wagner said. Thoughtful preaching “invites people to be open to the care of others.”

As well, “it centers us in the patterns of our life together and the stories of our faith.” One thing the faithful can do is “tell each other the stories again and hold them in trust for each other, even if they don’t feel true to us right now. …. We [preachers] can remind them of who they are in and beyond the trauma. They are more than just the trauma. It’s a big part of their story, but it’s not the only part.”

Finally, “it reminds us we are not alone. When we address trauma,” Wagner said, “we find we have plenty of guides for the journey.”

What should preachers say?

Wagner recommends preaching and ministering “in the eschatological tension” through trauma, suggesting that preachers might find themselves along a preaching arc with brokenness, death and loss at one side and hope, resurrection and redemption on the other.

“God is still present even if God doesn’t feel present,” Wagner said. “The trauma has occurred, and resurrection is on the way, but it’s not fully present.”

In answer to a question about ministry in a church that recently experienced the trauma of having its pastor removed because of the pastor’s conduct, Wagner said it may be key for the next pastor “to model the capacity for the faith community to hold hard things. People think hard things aren’t welcome in worship. There is a deep-seated Protestant BS that says when I am not feeling good, it’s a flaw in my faithfulness … that I can’t bring that hurt here without feeling shame.”

Wagner suggested “highlighting texts with conflict, where God is still present.” Preaching “invites people to talk to one another with the recognition that it is holy work and not against God or a sign of unfaithfulness.”

Those tasked with preaching through trauma do well to “recognize with the exilic people the painful, traumatic reality and grieve what has been lost. Those are given voice in the Psalms, Lamentations and the Prophets,” and in other scriptures, Wagner said.

“Those texts invite us to ground ourselves in who we are, in God’s claim on us, and in our formative sacred stories,” Wagner said. “In the midst of traumatic disorientation, we can reorient ourselves individually and collectively in foundations of faith — even when they’re being held in trust for us.” 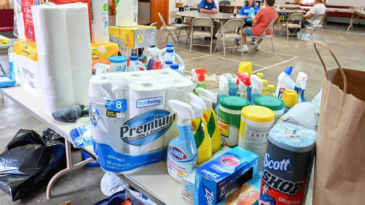