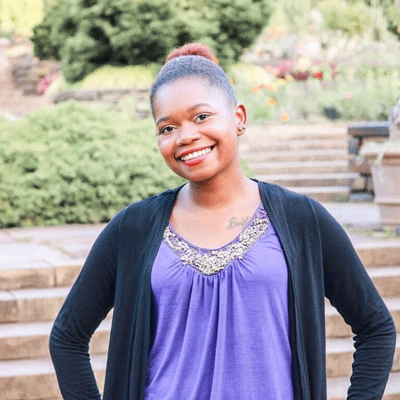 The Rev. Brooke A. Scott (Photo courtesy of Church on Main)

(PNS) — Over the weekend and at other times of their choosing, chapters of the National Alliance on Mental Illness (NAMI) held webinars and in-person gatherings in honor of National Faith Day. On Saturday, the Rev. Brooke A. Scott, pastor of the Church on Main, a worshiping community in Middletown, Delaware, spoke during “Pathways to Hope,” the NAMI Delaware gathering.

Scott said via Zoom she recently completed her first year of service at Church on Main. “Before I came it was a light of inclusivity and justice here in Middletown,” Scott said. “I’m honored to help deepen that work through education,” citing her previous experience in social work. “It’s important for people to see faith leaders as human.”

“It’s a complicated relationship,” Scott said. “Religion can be a support, and it can be harmful. There are things we need to unlearn to be in partnership with recovery.”

Like others, people of faith who are dealing with a mental illness often have other sources of support in their lives, including doctors, therapists and case managers. “It’s important for me to understand how some of those systems work,” Scott said. “Those providers may not have theological training, and so it’s important for us to be in conversation. People are suspicious of religious organizations — sometimes for good reason.”

But faith communities can support mental health providers and the people they support, in these ways and more, Scott pointed out:

On top of that, “houses of worship are often one of the few places people who are struggling come to,” Scott said, adding Church on Main and other faith communities support people with “all kinds of mental health conditions.”

“Often churches are places where people just wander in,” Scott said. “They don’t know where else to turn.”

But religion can be unhelpful as well. In some faith communities, mental health providers and treatment are viewed with suspicion. Faith communities sometimes provide unhelpful advice to members who are struggling, including “Just pray about it,” “You need God, not a therapist” or “Find your joy.”

“We are notorious for this,” Scott said.

Spiritual and religious trauma is prevalent, and “outdated rituals and belief can worsen mental health” or can lead to prejudice and discrimination, she said.

That wasn’t Jesus’ approach at all, Scott said.

“Jesus not only met people’s spiritual needs, he addressed their physical, emotional, social and even systemic needs,” Scott said. Still, “he doesn’t stop to talk to every person” in the gospel accounts of his ministry. “He takes time to rest and pray.”

Spirituality, physical health and mental health are interconnected, Scott said. “’Embracing the gray’ is a phrase I see a lot,” she said. “We tend to talk about things in binary ways — good and evil, physical and spiritual. But the world is more complicated. … It’s OK to change our minds, and it’s OK to dig in with somebody and help them find a faith community that allows them to ask questions.”

At one point in her presentation, Scott displayed a bumper sticker people on the webinar found helpful: “It’s OK to have Jesus and a therapist too.”

“There are some things that cannot be answered in spiritual ways,” Scott said. “They need to be referred out.”

“We talk about grace and our love for God, ourselves and others,” said one participant who’s found a home at Church on Main. “It’s hard to love God if you’re not taking care of yourself.”

“I’m hoping these conversations can turn into advocacy,” Scott said wrapping up her presentation.

A path from mental illness to mental health

Earlier in the day, Dr. Tom Insel, a psychiatrist and neuroscientist who formerly directed the National Institute of Mental Health, gave a talk to the various NAMI chapters.

What’s needed to best care for those in crisis, Insel said, isn’t an anti-stigma campaign or breakthrough medications or even more money for mental health.

“The bottom line is we need a new movement calling out the mental health crisis as a social justice crisis that makes it clear we have to move across several communities, including faith-based communities,” in the same way the civil rights movement did during the 1950s and 1960s, Insel said. “If we do this right, we have the opportunity to cure part of what’s tearing America apart, which is lack of community, divisiveness and the lack of understanding.”

Nowadays, more people than ever are receiving mental health treatment, Insel said, and yet “outcomes are no better.” That was among the factors that led Insel to write the book “Healing: Our Path from Mental Illness to Mental Health.”

Young people diagnosed with schizophrenia or bipolar disorder “have a brain disorder that deserves all the research and rigor of any other medical problem,” Insel said. “People with brain disorders need our help, and how we help them defines who we are as a nation. This is the opportunity to bring recovery to a nation that is so divided, so unable to agree on almost anything.”