Let Justice Roll, a national coalition of faith, community, labor, and business organizations, will held Living Wage events the weekend of Jan 10-11, and plan another on the Martin Luther King holiday weekend as part of the “$10 in 2010” campaign and in support of state and local living wage campaigns.

“Well before the recession, growing numbers of employed men and women sought help at food banks and homeless shelters because they could not live on poverty wages,” said Steve Copley, chair of Let Justice Roll.

According to economists, when the federal minimum wage increased to $6.55 an hour last July, it still left workers with less buying power than they had in 1997, the start of the longest period without a raise since the minimum wage was enacted in1938.

“Our economy wouldn’t be in such a mess if wages had not fallen so far behind the cost of living and income inequality had not grown to levels last seen on the eve of the Great Depression,” said Holly Sklar, senior policy adviser for Let Justice Roll and co-author of A Just Minimum Wage: Good for Workers, Business and Our Future. “As we are seeing so painfully, an economy fueled by rising debt rather than rising wages is a house of cards,” she added.

U.S. Department of Labor analysts say it would take about $10 to match the buying power of the 1968 minimum wage.

“It is immoral that the minimum wage is worth less now than it was in 1968, the year Dr. Martin Luther King was killed while fighting for living wages for sanitation workers,” Copley said. “It’s also bad for the economy. Minimum wage dollars go right back to local business through spending on food, healthcare, and other necessities.”

•   In Nashville, Tenn., Christian, Jewish, Muslim, and Unitarian services will be part of a campaign for a citywide living wage ordinance, and the interfaith coalition will march in the annual Martin Luther King Day parade with signs that say “Living Wage Was Part of His Dream” and “Let Justice Roll.”

•   In Nashua, N.H., William G. Sinkford, president of the Unitarian Universalist Association, will preach at a living wage service.

In addition to the “$10 in 2010” campaign, Let Justice Roll is currently organizing to raise state and local minimum wages in Georgia, Kansas, New Jersey, Ohio, Oklahoma, and Tennessee.

Most of the ten occupations projected by the Bureau of Labor Statistics to have the largest employment growth during 2006-2016 — such as retail salespersons, fast food workers, home health aides, and janitors — have disproportionate numbers of minimum wage workers.

“A job should keep you out of poverty, not keep you in it, said Sklar. “The minimum wage sets the wage floor, and we cannot build a strong economy on downwardly mobile wages and rising poverty, inequality and insecurity. As President (Franklin) Roosevelt understood, we have to raise the floor to lift the economy.”

Information for this story furnished by Betsy Leonder-Wright of Let Justice Roll. 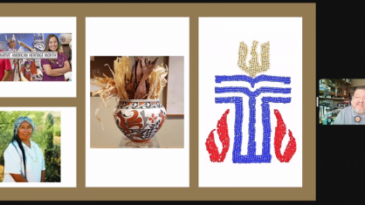 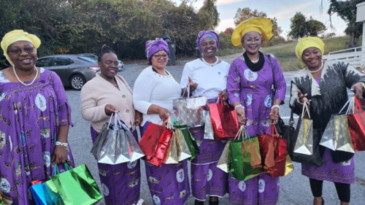